Tobie Smuts is carving out a place for himself in the South African film community. Born in Bloemfontein, South Africa, he quickly set himself apart from the rest of his local rock band members by learning his way around a video camera and tinkering with the lighting. Before long he was an electrician working in a rock and roll theatre. Today he is a Gaffer and DP and an advocate for bringing the latest tools of the trade to South Africa. “In South Africa we don’t have much variety,” he explains, “So I decided to bring in new [equipment]. I want to empower my colleagues and myself by offering whatever I bring in to use on set.”

Smuts splits his time working on major productions as a gaffer and wireless technician, DPing his own projects, and teaching a number of young DOPs and gaffers. He has worked in the wireless department with John Seale ACS, ASC on Mad Max: Fury Road. Smuts’ grip and electrical credits include: Resident Evil: The Final Chapter, The Siege of Jadotville, Mooirivier, Rendition, and the soon to be released, Leprechaun Returns.

He first discovered DoPchoice when he used 4×4 Snapgrids flown in from Belgium, for the BBC’s Our Girl2 with Stijn Van der Veken, ASC, SBC. Then he went to the IBC convention in Amsterdam and met DoPchoice managing director Stefan Karle on the Creamsource stand. Smuts purchased Creamsource SKY fixtures with 5’ Octa SNAPBAGS and SNAPGRID eggcrates to go with it.

He bought lighting for his own projects and demoed it to local rental houses and to the DOPs he mentored. “It helps to know how to gaf. I wouldn’t sell something I would not use,” Smuts explains. “I would work, buy, demo, and they would buy.” Eventually his stock included Carpetlight, Exalux Rock, Creamsource Sky, Nila, Fomex flexible LED, and his favorite tools to go with them from DoPchoice.

For Leprechaun Returns he explains, “We used 3’ OCTA SNAPBAGS®, 3’ SNAPBAG Lanterns, and 5’ Octa SNAPBAGS which work brilliantly, as well as the 4×4 SNAPBOX™ along with 4×4 SNAPGRIDS® and 8×8 BUTTERFLY Grids.”

He also brought the first 4×4 SNAPBOXES to the region to go with his carpet lights, as he explains, “We did a whole lot of dockies because it was so easy to set up. The young DOPs love it. We used them in a talking head interview of Abdula Abraham. We placed it on a C-Stand when we did a food shoot. I will use it like a softbox hanging from ceiling on a job tomorrow. Lightweight and versatile, it’s a nice large source that’s quick and easy to rig.”

“A SNAPGRID”, he points out, “rigs really quickly and keeps its shape regardless how you use it. It’s not floppy. You take one out, open it up and it’s got its shape. You save so much time rigging. Add to that the increased quality and control, and you have changed everybody’s lives. It has to do with necessity. In the old days you would need 4 to 5 flags to do what a SNAPGRID does. Now budgets and crew are half as big so you have to be cleaver. DoPchoice helps us to save time and same labour. Big time.” 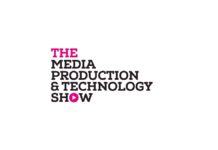 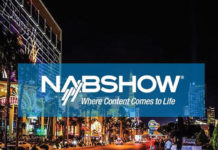