There is no Academy Award given for outstanding Foley work, for instance, but – if the old maxim of ’70 per cent of what you see in film is sound’ holds true – then the importance of the Foley artist, whose work underpins the soundscape of cinema, becomes abundantly clear.

Pete O’Donoghue, an experienced sound artist and founder of Upstanding Productions, provides a sense of the history of Foley and its current role in the post-production process. “It is important to understand the difference between sound effects and Foley,” he says. “Foley – invented by and named for Jack Foley – is the process of recording specific sounds to a particular picture. If I then put Foleyed sounds from a project into my library and use them again in a new project, they are no longer Foleys, they are now sound effects.”

“Traditionally,” he explains, “a Foley artist is the person who makes the noises with [various props] in front of the microphone, while the recordist captures the sounds and, from there, the sounds go to the sound editor. But then guys like Ben Burtt –who invented modern sound design and made all the sounds for the original Star Wars and Indiana Jones films – started going out into the field and compiling libraries of sounds and effected sounds to add to the process, and from there the need for sound designers and sound mixers grew. Nowadays, it all kind of rolls into one job – usually called ‘sound design and mix’ – but on bigger productions with higher budgets and/or tighter turnarounds, the work is still split up into those separate roles.”

One of the world’s busiest Foley artists, Marko Costanzo, famously described the job as requiring a combination of ‘good hands and a creative imagination’, and our local experts shared some interesting views about this point, as well as about the challenges of the recording and synching processes.

In the opinion of Michael Broomberg, lead Foley artist and sound effects supervisor at Sound and Motion Studios – who has over 160 feature film credits to his name, earning six Emmy nominations and an Oscar win in the process: “A creative imagination is most important because you have to think of how something that doesn’t exist would sound. Having good hands will enable you to delicately and sensitively use the props that you have pulled from your imagination.”

In terms of which aspects of the job he finds most challenging, Broomberg says, “Recording the sounds is very difficult because you have to EQ the prop to sound different from its actual sound, so a symbiotic relationship develops between a Foley artist and the recording engineer.” He is, however, able to offset some of these difficulties by recording within a Dolby-designed cinema at Sound and Motion Studios. “Meanwhile, synching sounds perfectly requires a very good feel for ‘reading’ body language, because if you’re synching footsteps and it’s a close-up where you don’t see the feet, you have to rely on your sense of that body/shoulder movement to figure out where the sound of the footsteps should land.”

Paul Geddes, sound engineer and operations director at Madhaus Media, says that, “A great deal of the sounds you need to match the footage require creative thinking from the Foley artist. Once you have the prop to make the sound, though, you need great hands and ears to synch and create the sound.” He agrees with Broomberg that “recording the sound is probably the more challenging aspect, and the hardest part of all is normally finding the right prop to create the exact sound you need.”

Foley work is, therefore, an equipment-intensive business, and it is unsurprising that all three respondents have clear preferences when it comes to gear, not to mention an arsenal of specialist props they call on in times of need. O’Donoghue uses “a Pro Tools Ultimate Native Setup with an Omni, Adam AX3 Fogg 5.1 Monitors, and KRK Rockit 5s for contrast – because if it sounds good on Rockits, it’ll sound good on almost anything! In terms of mics, I switch between a Neumann and a Sure condenser for voice over work, and I have a Sennheiser 416 for ADR [Automated Dialogue Replacement] matching and Foleys. For field recording, I use the 416 with a Zoom H6. In my Foley box you’ll find cat litter, cassette tape, and – as my studio is a home set-up – my greatest asset is all the props I have access to in the kitchen.”

Geddes namechecks similar microphones – “the Neumann U87, shotgun microphones and the Sennheiser MKH416 to get a more isolated direct sound” – and says that although they “have many different mixing consoles available at Madhaus, the main one we use for mixing film and Foley is the Avid ICO| D’Command 24. Synching the sounds is mostly done by feel, with the eyes and ears. There are a few plug-ins that can help with synching, especially ADR, but it always comes down to the Foley artist’s eyes and ears in the end.”

As far as editing software is concerned, all three are consistent in their use of Pro Tools. As Broomberg says, “It is the industry standard for this type of work, which helps with compatibility when transferring session data to clients locally and abroad. We also like Nuendo because of its stripping capabilities,” he says, while O’Donoghue adds that “Cubase is amazing for composing.”

Foley work is subtle and painstaking work, and its fundamental paradox, as O’Donoghue explains, is that “the whole point of good sound design and mixing is that it should go unnoticed – at least, until the experience is over. If people notice the sound design, it means the fluid continuity with the picture has been interrupted, and the illusion is broken.” In a similar vein, Broomberg says that “Foley is part of what I like to call the ‘sonic fabric’ of a movie because it’s mixed in with sound effects, music and dialogue – and if not mixed properly, it will stick out like a sore thumb.”

For those who are interested in the work of Foley artists, but feel like they have been missing out on this aspect of their appreciation of films, we asked Broomberg to name some of the favourite projects he’s worked on. “Some of my favourite movies that I have worked on and that I think sound good are 300, Watchmen, where the beginning fight scene was mostly Foley except for the punches, Spider-Man 3 and The Legend of Zorro, where the wagons, horses and guns were mostly Foley. The Dark Tower was fun to work on – we did some really cool stuff for the last gunfight and also the bullets loading in hyper speed; Jumanji was also a fun project…I’d better stop now!” 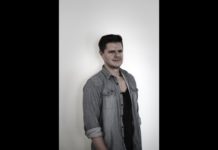