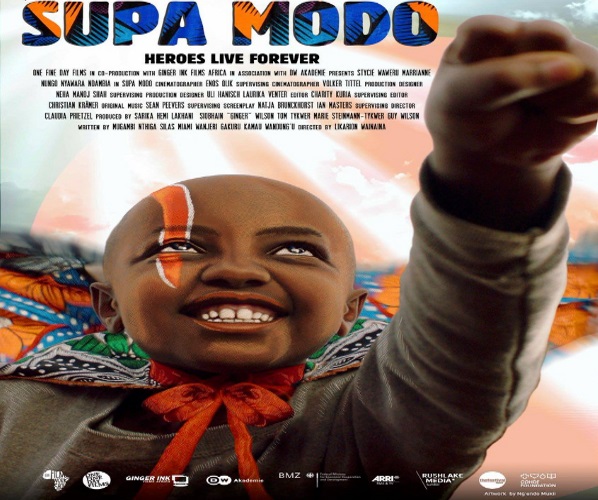 The Zanzibar International Film Festival, taking place in Stone Town Zanzibar from 7 to 15 July 2018, with the generous support from the Kenya Film Commission, is proud to announce the screening of the inspiring and beautiful new Kenyan film, Supa Modo.

The film which had its much acclaimed world premiere at Berlinale in February, has been heralded as a stunning debut for director Likarion Wainaina and its young cast.

Acquired by Rushlake Media, the film was produced by Ginger Ink Films Africa in partnership with One Fine Day Films (OFDF). OFDF has released other award-winning African films including Kati Kati and Nairobi Half Life. It was at the One Fine Day Films BrainRoom – a two-week masterclass that allows writers to pitch and develop their ideas – where Wainaina’s story idea for Supa Modo was pitched and selected for production.

The Kenya Film Commission will be hosting the screening of the film on Wednesday, 11 July at ZIFF’s main venue of the Old Fort Ampitheatre with various members of the cast and production team in attendance.

The screening of the film will also be attended by dozens of high profile international film and TV industry professionals as it will form part of the official opening event for DISCOP Zanzibar. DISCOP Zanzibar, in its inaugural year, will be taking place from 11 to 13 July  in partnership with ZIFF, creating East Africa’s largest and most important film and TV content gathering.

As supporters of this regional industry, The Kenya Film Commission has come on board to support this important screening and to take part in both ZIFF and DISCOP Zanzibar.

Kenya Film Commission’s CEO, Timothy Owase had this to say about the importance of the film’s screening at ZIFF: “This is part of our commitment to support local filmmakers, we are pleased to premiere Supa Modo outside Kenya and ZIFF provides a better platform for this purpose. We laud the organisers for consideration to screen Supa Modo and reaffirm our commitment to continue supporting Kenyan filmmakers and exporting local content.”

Supa Modo tells the inspiring story of a young girl whose dream of becoming a superhero is threatened by terminal illness, inspiring her village to rally together to make her dream come true. It stars newcomer Stycie Waweru in the lead role, alongside a host of veteran Kenyan thesps, including Maryanne Nungo and Nyawara Ndambia.

“It’s all at once a film with a strong female lead, a superhero film, a film about grief and dying, and about community and people coming together,” he said. “I immediately saw great potential for a touching story that attests to beautiful, universal human values and appeals to both young and grown-up audiences.”

ZIFF festival director, Fabrizio Colombo has this to say about the film and its selection for ZIFF: “Supa Modo once again shows just how important and professional the Kenya film industry has become. It’s a film that will resonate strongly with ZIFF audiences, for locals especially as a Swahili movie, and universally, at it touches people with heart and deep meaning.”

Supa Modo is just one of the amazing films from the region that will be featured at this year’s ZIFF. For a full line-up and schedule of films, go to the ZIFF website. 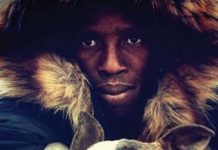