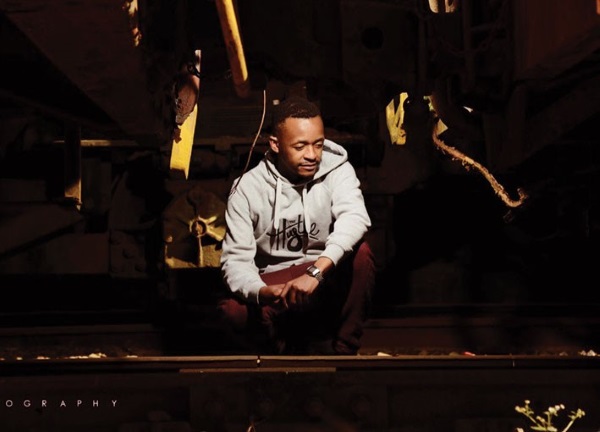 WHAT IS YOUR BACKGROUND AND HOW HAS IT SHAPED YOU AS A DIRECTOR?

What has really shaped me is growing up in Matatiele, travelling up and down the continent, and embracing my Sesotho roots. I did not go to film school, but every day I am in class learning new skills, you never really stop learning.

DESCRIBE THE MOMENT, IF THERE IS ONE, WHEN YOU KNEW YOU WANTED TO BECOME A DIRECTOR?

When I was I was on set as a production assistant I knew this is what I want to do. I directed for over five years before I even called myself a director. I had already won numerous awards and had already done a few popular TV shows for DSTV. I was measuring myself against my favourite local directors, and I felt that I needed to grow more and be less worried about titles, and just focus on working on my skills set.

WHERE DO YOU FIND INSPIRATION?

WHO DO YOU LOOK UP TO IN THE FILM INDUSTRY AND WHO ARE YOUR MENTORS?

My business partner Jobie Bakama is my mentor even though we run Callback together. He spent a few years in Hollywood, so I get to pick up a lot of things from him, and because we work together on everything, we are constantly learning.

Anneke de Ridder (producer of Idols SA) groomed me when I first started in the industry. She helped us set up all the structures for our company eight years ago; she basically incubated us with Gavin Wratten, the director of Idols SA.

TOP THREE FAVOURITE DIRECTORS, AND WHY THEM?

Ousmane Sembene, he is the father of African cinema, he did so much with so little, and I can really relate with that.

Akira Kurosawa, he designed so many shooting techniques his work is incredible.

Steven Spielberg, he can move from a period piece to sci-fi, action and drama so effortlessly.

WHICH PROJECTS ARE YOU CURRENTLY INVOLVED IN?

I am currently in post with a short musical film that I directed in Ghana, and I am also wrapping up another short film titled Yvonne. Both projects are in post-production.

This year I am going to start pursuing commercials, I spent most of last year busy building my film portfolio and building teams around that. In the last seven years, I have directed a lot of TV shows, and I have put that on pause.

I really enjoy films that are the “Mecca” of storytelling, and I also love short form because you can really focus on the small details.

WHAT HAS BEEN YOUR BIGGEST CAREER CHALLENGE TO DATE?

Running a business is a not for the faint-hearted. Having a business that has been running for eight years has been the biggest challenge, and I am proud and happy that Jobie and I are still standing. Being responsible for my team’s livelihood is a challenge.

The biggest challenge in our industry is for us as producers, directors and as creatives to own our intellectual property, so that we don’t work ourselves into an early grave.

WHAT HAVE BEEN SOME OF THE HIGHLIGHTS OF YOUR CAREER THUS FAR?

Just making a living out of what I love is a career highlight and having an impact on people through my work is an incredible feeling.

IF YOU COULD PRODUCE AN AFRICAN VERSION OF A HOLLYWOOD CLASSIC, WHAT WOULD IT BE?

Even though not Hollywood, I would love to see Once Upon a Time in China, the African version. It would be great to see a Chinese-African action film with people flying wearing African attire, and it must also be dubbed into English with the lips out of sync – go the whole nine yards.

WHAT IS YOUR DREAM SHOOT LOCATION?

Morocco, I hear the settings are incredible.

WHO WOULD PLAY YOU IN A BIOPIC?

Doctor Khumalo, Psyfo or Kwesta apparently I look like those three people.

IF YOU WEREN’T A FILMMAKER, WHAT CAREER WOULD YOU HAVE CHOSEN?

I studied law, so I think I would be a lawyer and depressed.