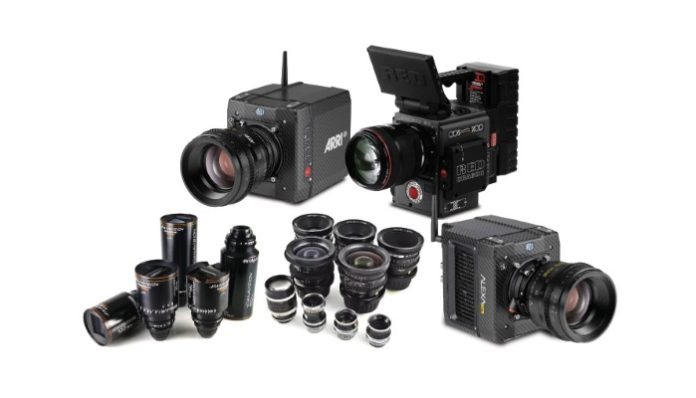 SCREEN AFRICA EXCLUSIVE: The common consensus is that the production values of South African films have developed significantly in recent years. We’re seeing a wider variety of shots in a more diverse array of settings, greater experimentation with low-light shooting and a consistent output of great-looking films.

But what specific cameras are driving this success? A quick look at the equipment employed by this year’s Oscar-nominated films reveals a heavy bias towards ARRI cameras, and in particular the Alexa series (The Shape of Water, Get Out, Mudbound, Blade Runner 2049, The Darkest Hour), with only Paul Thomas Anderson’s The Phantom Thread (Panavision Panaflex) and Christopher Nolan’s Dunkirk (IMAX MKIV) bucking this trend.

Does this preference also hold true for South African filmmakers?

When discussing his favourite pieces of equipment, Bruce McLaren-Lyall, senior editor (3D and Post) at The Ergo Company, is passionate about the role of the camera in the process of filmmaking:

“When you think about it, the camera is like an actor on set; arguably, the most important actor. And just like if a lead turns in a dud performance, if the camera is not doing its job, it doesn’t matter how great the script is, or how much potential the film might have had. It won’t connect with the audience.”

McLaren-Lyall goes on to explain that, from his position behind the editing desk, the job of evaluating cameras based on the raw footage he receives comes down to a “complex chain of three factors. Lighting and lenses, the camera body and the operator. You can get a sense of the lenses they’ve used and the lighting setup from the footage itself, and I work with footage coming in from different operators from all over the world. It’s a very delicate chemistry between those three factors, but – from my point of view – you tend to see certain camera bodies outperforming the others on a consistent basis.”

He is definitive in his appraisal. “The ARRI Alexas are unbeatable. On a consistent basis, the whole series – the XT, the Mini, especially when paired with Panavision lenses – gives beautiful depth, and incredible colour range in all kinds of lighting situations. You look at the raw footage and you immediately see potential in the grade; you don’t see problems. Other cameras I’ve worked with in post – like the Sony F65s and F55s, and the RED Dragons and the RED Scarlets – produce wonderful images, of course, but we go back to that chemistry between lighting, body and operator, and people just don’t seem to be able to get it as right as often. Maybe that means the ARRIs are more forgiving cameras, are more user-friendly,” he says. “But you can’t argue with the consistency and the quality of the images they produce.”

Meanwhile, Warrick Le Seur, one of the founders of Bounceboard Productions and a South African Society of Cinematographers award-nominated DoP, says, “I find that I always have a tendency to drift towards the RED range of cameras when given the choice. I think it’s the lightweight, compact bodies and easily-navigated touch screen menu that appeal to me. Although, there is also the ARRI Mini, which is an amazing camera – providing the user with ARRI’s incomparable colour science in a compact body – but I think by the time it came out I was already deep into my love for the REDs. I prefer to work on a lighter camera that won’t break my back at the end of the day but can still give me the image quality I desire, and this is where the RED brains excel for me. My ideal camera needs to be able to fit into every corner I find myself shoved into, as well as to easily switch from tripod, to gimbal, to crane or even to drone.”

Le Seur goes on to say that, “Resolution is also an important aspect for me. I feel that so much is done in post these days, allowing that extra resolution for some play in the post-production room can help a lot, especially during VFX. This is where the 6K capabilities of the RED Dragon, or the 8K of the Helium and Monstro sensors, really stand out from the rest.”

Amy Jephta – a director whose short film Soldaat won the 2017 KykNET Silwerskerm Award, and whose debut feature, Ellen, will hit South African theatres later this year – explains that although she is not particularly “technically minded”, when it comes to selecting equipment, she “likes for film to look like film. There’s something about the material nature of film that works with the style I enjoy: stark naturalism, an almost documentary feel, an organic grain that feels looser and more tactile. Like if you reached out and touched the picture, there would be texture to it. I don’t personally feel that the kind of work I want to make (intimate, close, emotional) is served by the edge and tight grain of digital. But although every filmmaker would love to, it’s not always possible to shoot on film, so I’m interested in how a cinematographer can achieve the same equivalent look and feel, toning down the sharpness of digital. My short film was shot on an ARRI Alexa Classic fitted with Zeiss Super Speeds, and that got very close to what I wanted to achieve.”

With some exciting rumours circulating about camera developments in the second half of 2018 – including new models from Sony and Blackmagic, as well as the release of the RED Hydrogen (a cellphone which promises to display “4V Holographic Video” content, and which will allow users to control RED cameras wirelessly) – it will be interesting to see which cameras remain at the vanguard of South African film production.