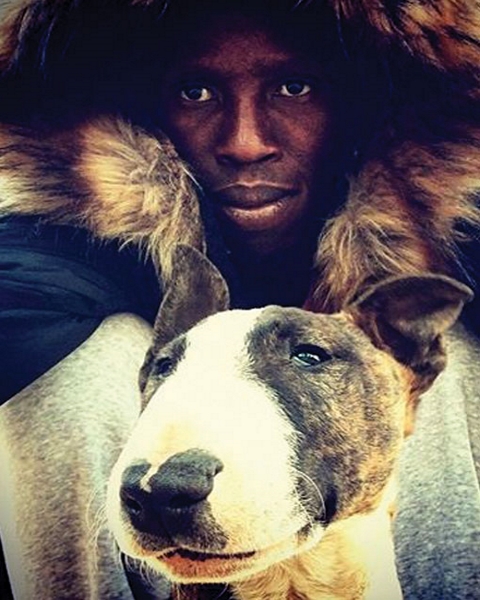 What is your background and how has it shaped you as a director?

How I like to put it is that “I was born in the deepest, darkest part of Africa” because it just sounds like a dope opening to a dope superhero movie but the factual story is that I was born in Tanzania to two freedom fighter parents, just that history has shaped my attitude as a director. An attitude of independence and self-reliance.

Describe the moment, if there is one when you knew you wanted to become a director?

To tell you the truth I didn’t know I could be a director until I saw Tebogo Mahlatsi on TV directing Yizo Yizo 1 but I do remember the day I was moved emotionally by a film, and I kinda understood the power of filmmaking. We had just come back from exile with my mother and we were living with my grandmother, and she (grandmother) had a TV and VCR, which was my first time interacting with either of those machines. My uncles had this one tape that I loved; it had two films on it. The first half was Mbongeni Ngema’s Asinamali stage show and the other was an old film called Escape from Sobibor. That’s the first film that brought me to tears and showed me the power of moving images. How we could not only relate to people who don’t look like us but sympathise with them on a deep emotional level.

Where do you go for inspiration?

As an artist, I don’t really rely on inspiration to create work, because to me art is more of a sport where I get to represent my family, country and continent. Which means there are no off- days and every time we get to create (compete) we give it our best shot. Keeping with the sports metaphor, what I can say is that whenever I’m not competing, I’m training and my training consists of a lot of studying and researching.

Who do you look up to within the film industry and who are your mentors?

Let’s say, people I would pick to be on my fantasy team of filmmakers and I would like to see more work from. I would most definitely pick The Monarchy Group (Thina Sobali) and Tribal Media House (Hangman) purely because they are young, organised and creating thought-provoking work. Then it would be Kagiso Lediga and Akin Omotoso, every time I look up these two, they are not only making films but making them at a competitive level. Then when it comes to new media content creators, I would pick Ofentse Mwase Films, a YouTube content creator, for their consistency in putting out work.

Who are your top three favourite directors and why them?

My all-time-favourite director would have to be Tebogo Mahlatsi (Yizo Yizo), I personally think his one of the few well-rounded directors working today. I just wish he would do more narrative-based work. Whether it be a drama or feature film, I will watch whatever he makes. Next would be Hype Williams (Belly) the original hip-hop director. I love the language he developed through his music videos and movies. He came at a time when most black directors were stuck in Hollywood rules and aesthetics and gave us young black filmmakers a completely new set of rules towards making movies and their aesthetics. Lastly, I would say Sam Greenlee (Spook Who Sat by the Door). Technically, he is not a director but to me, he’s one of the most influential filmmakers in what he and his team were able to achieve with limited resources, making a film that no Hollywood studio would fund, but a film that would become one of the most iconic black films to date. I would then give an honourable mention to Haile Gerima (Sankofa).

Which projects are you currently involved in?

I’m currently on pre-production for my next film which is a revenge story and writing a new web-series – thriller about a serial killer living in a small town.

I enjoy working on long-form content whether it’s episodical drama series or stand-alone feature films. I think my ability to focus on a single task for long durations gives me a competitive edge in these two areas of content creation.

What has been your biggest career challenge to date?

Well outside of the money that makes shooting less gruesome, I would have to say finding my voice and lane in such a competitive industry has been the biggest challenge. For me becoming a filmmaker was always about making films. I didn’t want to be the guy who works in the film industry. I just wanted to make films that my community and I would appreciate and grow from, which is still my biggest challenge to date.

What have been some of the highlights of your career thus far?

That’s easy because there’s been so few so far but the one I put up there has to be Thesha. What Thesha started out as to where it is today, makes me believe in the power of community. Thesha has breathed new life not only to me and my career but my whole community. Young kids in my community who were unemployed at the time went from casual labour to specialised skills work, and that’s the power film has, it allows you to dream of endless possibilities.

First, it would have to be the Spook Who Sat by the Door. Now, this film was made about 15 years before Spike Lee’s breakout film Do The Right Thing, at the time of blaxploitation and it dared to show us a black man of a different kind. A black man who was not at war with himself or his community. Then I would say Belly, the original hip-hop gangster movie. This movie is so beautiful you can use snapshots from it as post-modern art. Lastly, I have to say Mad Max Fury Road let me just say George Miller is a genius.

What is your dream shoot location?

Anywhere in Africa but on the top of the list would be Mali, the Dogon country and once again the mysticism is too much.

Who would play you in a biopic?

If you weren’t a filmmaker, what career would you have chosen?

A boxer, purely because I love competition and conflict.