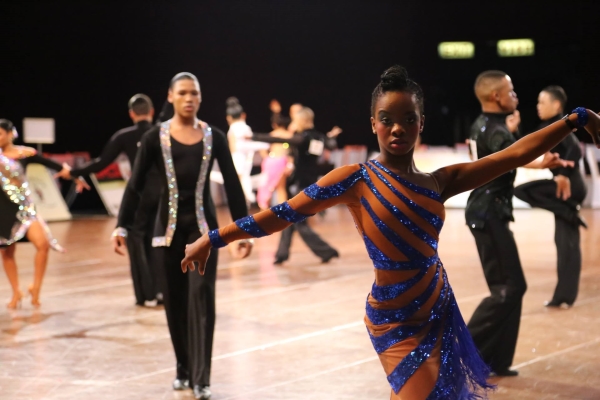 In South Africa in the 90’s, dance as a sport was as popular and competitive as soccer and rugby are today. This was largely thanks to a prestigious annual dance competition, which brought international and African performers together on one stage at South Africa’s Sun City Resort in the North West province.

Rumba in the Jungle, launched the careers of many of our current dance professionals and choreographers, before it came to a halt after 1999, due to a split in sanctions.

However, after 18-years of no-show, the historic dance competition made its remarkable comeback in 2017. The news of its return was a momentous occasion for the dance fraternity, and a fitting documentary to capture the essence of what the dance competition is about was inspired.

Dominique Jossie, a dancer and film producer, together with film director and dancer Yolanda Mogatusi pitched the idea for the documentary to the South African Dance Foundation, which agreed to fund the project.

“This story is a piece of national dance history… It is a nostalgic look into the past but also allows audiences into the world of dancing as a sport. Personally, I used to watch the original competition on television when I was only eight years old. I used to dream of being one of those dancers, and even though I got to compete as a Latin and ballroom dancer for seven years, it was never as glamorous and grand as Rumba in the Jungle,” shares Jossie.

The documentary is titled Rumba in the Jungle – The Return and takes a look at dance as a sport in South Africa, then and now. South African dance legends, Tebogo Kgobokoe and Michael Wentink, are part of the film and were once part of the dance competition as teenagers. The two, now regarded as champions in the world of dance, are also judges on the Strictly Come Dancing television show.

“Rumba in the Jungle was the competition that launched their careers, and now they are grooming two young couples who are to compete in the legendary competition. The story unfolds over five days as they practice, prepare and finally compete,” Jossie explains.

Apart from that the pair also takes us on their painful and gracious journeys in the world of dance as a sport. In one scene, Kgobokoe details her issues with an eating disorder as a result of pressures and bad remarks about her weight in her teenage dance career. In another scene, Wentink shares his challenges and perseverance in making it on the global stage, when opportunities were rare for a brown-skinned child from South Africa.

“I wasn’t really expecting the project to morph into what it has become – it keeps growing and getting better with every stage. Upon listening to the dance champs talk about their personal journeys and intimately getting involved in the dance competition and just seeing the amount of work, passion and deliberate effort afforded to everything and of course the long journey of just putting it all together, it then slowly does become deeply personal. You feel like the Tebogo Kgobokoe’s, and Michael Wentink’s of this world have been through too much for the world not to see this film,” adds Mogatusi.

As Kgobokoe and Wentink make their way to the event in Sun City, we get to meet other dancers and get a glimpse of what really takes place for the participants and their families during the 4-day event.

Later in the documentary, we are introduced to one of the most celebrated dance couples in the world, Karina Smirnoff and Slavic Kryklyvyy. The pair hosted dance workshops at Sun City and gave a grand performance to inspire the young and upcoming dancers. In the film, they expand on their history of dancing together and mastering their dance craft.

Rumba in the Jungle – The Return was filmed over seven days from 30 July until 6 August 2017. The film was shot at dance studios and locations including, Ennerdale, Bedfordview, Hartbeespoort and the grand events at Sun City.

“Dance is all about storytelling through movement, and even though we needed to get to the crux of our heroes’ stories, I did want to always keep in mind that we are celebrating the glory of movement… We used quite a bit of slowed movement for added effect as these dancers move fast! But whatever we did, we always wanted to keep the visual moving. Kinetic energy was the word during post,” shares Mogatusi.

Apart from that, the film crew had to dig up archive footage from the Rumba in the Jungle 90’s reign courtesy of Plum Productions, the National Heritage Project and the Dali Tambo Foundation.

Two Sony A7 cameras, a DJI Osmo mobile camera and a slider were used to capture the dance action. “The Osmo was great for quick action and getting between the dancers during rehearsals and such without intruding too much,” shares Mogatusi. The film crew also had access to the broadcast recordings which happened during the Sun City events.

The film is Mogatusi’s first documentary film, with her recent film being a short film called, Hair That Moves. She is also working on her first animation film, which is still in its development phase.

“I have a new-found respect for documentary film compiling. What I thought would take perhaps a couple of weeks has taken us several months, a test screening and a couple of re-edits. And don’t get me started on trying to find archive footage. You could spend days looking through hundreds of tapes and still not find a second of what you need. And then there’s the rookie mistake of choosing the wrong software in places… We should have made a behind the scenes drama of the eventful post-production process of this film – starring a certain software we will call X as the main Antagonist,” laughs Mogatusi.

Editing was done by Tsholo Monare and Dalla Mojalefa, while Dreamcast Media did the final polish and online.

“I think there is something in this film about national pride and African excellence not only in the international competition and how it ran then and how it will run now, but there is an excellence in our lead champion dancers, Tebogo Kgobokoe and Michael Wentink. They are both world-renowned, champion dancers and only a small community of people might be aware of this. We would love for all of SA or at least every South African who watches this film to be aware of this. They and many others are the Wayde Van Niekerk’s and Chad Le Clos’ of the dance sports world, and they have competed and succeeded at a very high level. They were also South African heroes at a time when South Africa and even more South Africans of colour were not celebrated much,” concludes Mogatusi.

This year’s Rumba in the Jungle event will be taking place from 19 to 21 October at the iconic Sun City venue.

“The Osmo was great for quick action and getting between the dancers during rehearsals and such without intruding too much.” – Yolanda Mogatusi 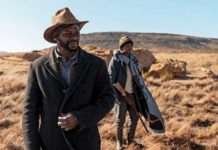 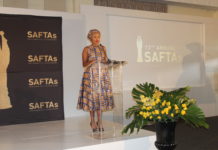 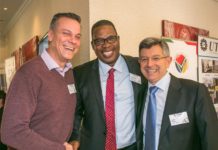