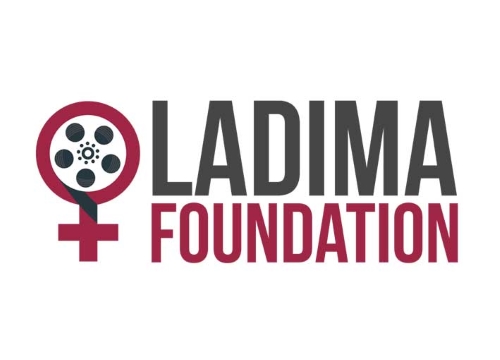 A number of organisations, some that have been around for a while and some new, are promising, not just to fight for the most basic of workplace justice, but also to support women in the industry and put their stories centre stage in 2018.

Although it is clearly the responsibility of everyone, especially men, in these industries to stamp out any form of sexual and gender-based assault, harassment and intimidation, there is also the need for women in the industry to support each other and share valuable skills and resources.

Skills and resource sharing from those who have, with those who have not, will be an integral tool in developing women throughout these industries. This kind of training, support and development will transform this #MeToo moment from a reaction to abuse, to a movement for change.

So in the spirit of full disclosure and accountability, I intend to be part of this solution, and to that end, along with some colleagues, have embarked on a project, The Ladima Foundation, that aims to join the ranks of similar organisations across Africa working to promote women in the film, TV, and related production industries.

The Ladima Foundation aims to support women in a variety of roles within filmmaking, video production and related content development through a range of projects and interventions.

The Foundation’s flagship project is the Ladima Award for African Women Documentary Filmmakers presented annually at the Zanzibar International Film Festival. The Award carries with it a cash prize and the winner will also see her filmed screened at the Africa in Motion (AIM) Festival in Glasgow and Edinburgh.

Justine Atkinson and Lizelle Bischoff from AIM will be in attendance at ZIFF and Lizelle, along with researcher and fellow academic, Stefanie van de Peer will also present a talk based on their up-coming monograph entitled, “Women in African Cinema.”

AIM and Ladima will also screen Mossane (Safi Faye, Senegal, 1996), and Fatma 75 (Selma Baccar, Tunisia, 1976). These films have hardly been seen or screened publicly before we created English subtitles, restored and digitised them as part of The Lost African Classics project at AIM.

Additionally, Ladima will develop training, networking and related opportunities for women filmmakers who demonstrate their seriousness and commitment to their craft.  Already the foundation has partnered with DISCOP Zanzibar and will be sponsoring five women to attend and presenting a keynote panel discussion on women in the world of production.

The Ladima Foundation enters into a space where other organisations are also making waves and promoting the role of women in the industry.

Recently, at the Berlinale in Germany, the South African based Sisters Working in Film and Television (SWIFT) announced a campaign to fight gender inequality in the industry.

Their campaign #ThatsNotOK will also develop an industry-wide code of conduct that has already garnered the support of government institutions, trade groups and broadcasters, as well as a series of PSAs.

Other organisations and events, such as Women Filmmakers of Zimbabwe, the recently staged Women Film Africa Festival in Dakar, Senegal, the Mzansi Women’s Film Festival in South Africa, and The Centre for the Research of African Women in Cinema, all need to start collaborating on pan-African initiatives that promote the rights of women in the industry and work to redress the rampant inequality within it.

To find out more about The Ladima Foundation visit www.ladima.africa.