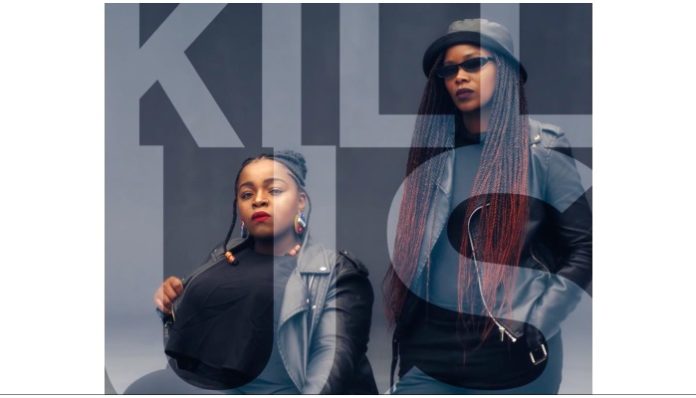 Johannesburg-based television and commercial production company Seriti Films recently launched an internal corporate identity campaign, meant solely for social media, that foregrounds the plight of women in contemporary society and highlights their intrinsic strength as individuals. Titled A Seat at the Table, the commercial uses striking imagery and bold textual overlays to emphasise the uplifment of woman’s voices.

As Paul Ramaema, commercials director at Seriti Films, explains: “The intention was to create an internal online PSA around highlighting the struggles, injustices and inequities faced by women on a daily basis, with the intention of portraying woman who felt most marginalised in our society. We wanted to amplify and give credit to those who are bold and fearless in standing up for what they believe in, by using a female-written piece told by a strong female voice and seen through the eyes of strong women.”

Ramaema explains how the team executed the look and feel of the ad – which is notable for its frank, no-nonsense imagery and provocative rhetoric.

“The key idea was simplicity juxtaposed with the striking and almost-emotionless facial expressions from the different women, who would only move for the words in the voiceover – with the idea of making it seem like they are challenging the male narratives contained in some of the words,” he says.

He continues: “The 4:3 aspect ratio and portrait framing style was to illicit the idea of still images, and this was reinforced by the simple art direction of the single chair – a representation of ‘the seat at the table.’ White borders were used to contrast the dark and infinite background in the space, as well as play into the notion of Instagram filters, where a lot of the time, white borders give the effect of a ‘portrait look’.”

As Ramaena points out, the textual overlays – which underscore important lines in the narrative, such as “Our Place to Speak” and “Stand Out and Be Seen” – do more than simply echo the speaking voice. “The titles are another play on the theme of ‘still images’, enhancing the effect of creating a magazine cover-like shoot, and giving off a sensual, dynamic touch to the visuals, which play against the heavy and hard-hitting words being delivered by the voice over.”

Shot on an ARRI Alexa Mini, with Sigma Cinema Prime lenses, Ramaema says that “it was an extremely quick turnaround time in terms of shooting the commercial, as we were granted a free day from Panalux Gold Island Studios because of an on-going shoot we had at the time. So I had to street cast and use cast members that were involved in the other current project, as well as bring in crew that were preparing to shoot the following day. So we owe a huge thank you to everyone who made it possible so quickly.”

With the overtly political nature of the advert, as well as its explicit treatment of the themes of identity and representation, Ramaema explains that the post-production period presented some unique challenges.

“Post was the most exciting aspect, as we had to be considerate of words we highlighted so as not to offend anyone, nor have it come back on us and be received negatively. I had to consult with some serious feminists and I’m glad that the process happened so naturally and worked out in our favour.”

Elaborating on this idea, Ramaema reflects that “this was a rather exciting and simple piece that I had to approach with sensitivity, considering the subject matter. Specifically, I needed to demonstrate sensitivity, not on the basis of it being about women, but because of the type of piece it is and the fact it is being told through the eyes of a man,” he concludes.