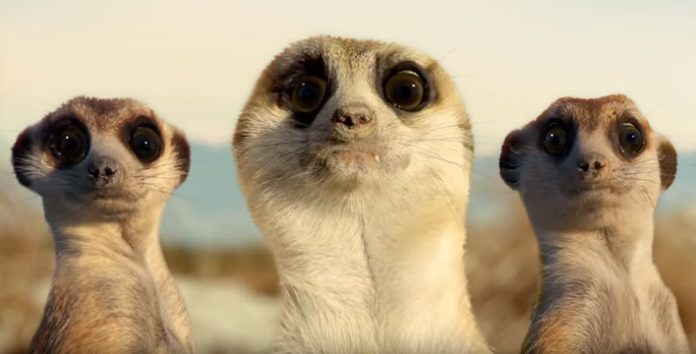 The much-loved ad has been a hot topic of debate after two complaints were laid against Toyota South Africa with the Advertising Standard Authority (ASA).

The first complainant, David Lazarus, argued that the commercial encourages illegal driving on sand dunes, while Louise McIntosh claimed that Toyota promoted off-road driving that is harmful to nature.

The Advertising Regulation Board (ARB) ruled in favour of the two complainants and claimed that Toyota South Africa has indeed breached Clause 3.3 of Section II that clearly states that advertisements should not contain anything which might lead to or encourage criminal or illegal activities. The ARB therefore requested Toyota to withdraw the ad from television.

Alderman Marian Nieuwoudt, who is a member of the Cape Town City’s mayoral committee for Spatial Planning and Environment, comments: “South Africa has a set of regulations known as the Control of the Use of Vehicles in the Coastal Zone which forms part of the Integrated Coastal Management Act, South Africa’s principle coastal legislation. In terms of these regulations, it is illegal to drive a vehicle on the beach without obtaining a permit. The regulations stem in part from the fact that the beach is a sensitive environment and that driving on the beach can and has in the past led to significant negative impacts on the coastal environment.”

Nieuwoudt adds: “Within the Control of the Use of Vehicle regulations there is a clause that states no advertising may take place if such advertising portrays recreational driving taking place in the coastal zone in South Africa. The intention of this clause is to prevent communicating a message to the layperson that is in conflict with the legislation.”

Since the removal of the ad from television, Toyota South Africa and Toyota Global has disputed claims that the commercial infringes upon any environmental laws.

Tasneem Lorgat, senior manager of Advertising and Digital Marketing at Toyota South Africa, says: “Both Toyota South Africa and Toyota Global are committed to the environment and a positive future for all living things, which is why we take great care when selecting locations for our shoots, as well as what we shoot.”

According to Toyota, the Hilux GR-Sport commercial was not shot in an environmentally-sensitive area but in an industrial area at the Philippi Sand Mine, which is adjacent to Mitchells Plain near Cape Town. “The shoot was on private property on the Philippi Sand Mine – permission was obtained, and a fee was paid,” adds Lorgat, who goes on to say that when viewing the ad, there is nothing in the footage that creates the perception that there is a beach or ocean nearby.

The Hilux GR-Sport commercial is, in fact, part of a campaign to promote the special edition Gazoo Racing version of the Hilux, which is a Dakar-racing inspired range. With this in mind, both the agency and automaker assumed that the location that was chosen fitted the Dakar-action feel of the film concept.

Lorgat highlighted that most Toyota ads are shot on commonly-used and approved areas, saying: “We do not wish to depict or condone ecologically-irresponsible driving regardless of where we are shooting, and to that end, you will see that the Hilux GR-Sport is mostly driving on existing paths and, in the few instances where you see it travelling over untracked sand, you will notice that we do not drive over any flora or fauna – just sand.”

Wheels24 digital readers also shared their views on the matter:

“The law disallows beach/coastal dune driving already, so hardly anyone will be able to drive like this. The ad shows what the vehicle is capable of. Rather go to any one of the other 100s of countries where no restrictions exist and moan/protest there!” – John Read

“There’s not even one thing that portrays the beach there, the only thing we see is desert. Toyota bakkies have been the best-sellers for so long; I believe the competitors are behind this.” – Thabo Ndwandwe

Gail Schimmel, CEO of ARB, commented on the verdict: “People must understand that we understood that they [Toyota SA] did not actually break the laws while filming. That is not the issue. The issue is that to the consumer watching the ad; it looks like they are driving in a natural sand dune area, which is against the law. It looks ‘cool’ and encourages other drivers to maybe do the same.”

The final ruling gave Toyota the option to either fix the ad to meet ASA’s requirements or permanently withdraw their existing ad.

However, ARB’s Schimmel cautions: “There are always two routes: withdraw the ad, or amend the ad in a way that brings it into line with the decision. The risk with amending is always that they might not manage it and face another ruling against them.”

Since the ruling, Lorgat has confirmed that Toyota South Africa has opted to amend their existing commercial. “The final ruling was made once the media schedule had concluded, so there was no actual need to withdraw the TVC from stations. We are, however, in the process of adding disclaimers on to the TVC in order to continue using it on social platforms.”