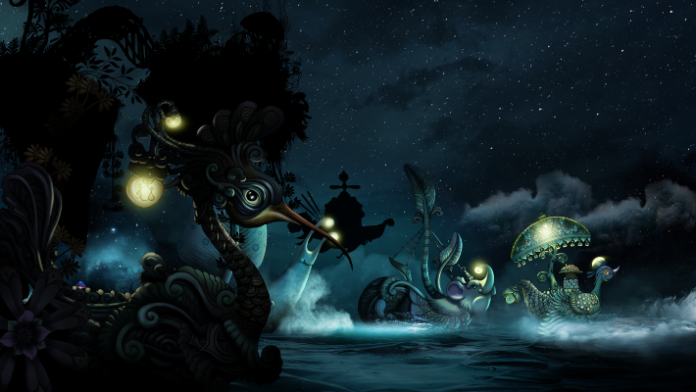 Virtual Reality (VR) is making inroads in entertainment spaces as the preferred experience for consumers of content across various sub-sectors, ranging from gaming to animation projects. Screen Africa chats to Rick and Ree Treweek, the creators of The Lost Botanist, about this game-changing technology and how it catapulted their project to new heights.

The global entertainment industry is explicitly embracing the innovations that are brought about by the technologies that are incubated in tech-hubs all across the world.

Virtual Reality is categorised as an emerging technology even though its origins can be traced back to the 1950s where it was strictly applied in controlled spaces. It was in the 1990s when VR became popular and was made available to the general public for means beyond medical and scientific research endeavours.

There is little doubt that the technology has made great strides in the 21st Century as it has diversified into Augmented and Mixed Reality.

The co-founder of Tulips and Chimneys (a concept and animation studio), Ree Treweek, revered for her work on the 2006 animated award-winning short story The Tales Of How, joined forces with her brother Rick Treweek to create a mind-blowing experience known as The Lost Botanist.

The collaboration saw Ree (a multi-media artist) break away from her traditional platforms and begin exploring the wonders of the VR experience, a world her brother Rick is all too familiar with.

“We (at Tulips and Chimneys) dream up and construct unique aesthetics for environments, sets, props and costumes for all media. We like to be involved in the early stages of conceptualising a project and overseeing its direction right through,” says Ree.

“We are highly skilled in character design – whether it’s a bohemian princess, a wacky vegetable or an outlandish pirate, we take great care to ensure that their stories and unique personalities are beautifully depicted,” she adds.

Rick kicked off his career making entertainment websites before launching his first start-up BreakDesign – which specialised in building websites for hospitality clients. Intrigued by new technologies, his focus shifted towards VR over the years, leading him to co-found a technology R&D studio known as Eden Labs, a hub for everything XR.

The brother and sister duo merged their backgrounds and experiences by bringing VR and animation together in a way that pioneers a new wave of consuming content generated and produced on the continent.

The collision course resulted in a project that went on to be the first of its kind by being the only African production to screen at the 2019 Annecy Animation Film Festival.

Rick describes The Lost Botanist as “an interactive adventure for immersive devices, a five-minute journey to another dimension that will restore your childhood sense of wonder”.

The short story is based on a world that has forgotten the importance of nature resulting in pollution stealing the beauty of stars from the desolate space. Through the VR experience, the viewer gets to encounter the world virtually.

“You arethe ‘Lost Botanist’in a world where dreams are starting to die. While researching the lost marvels of the natural world, you open a grimoire that transports you to the Under-Garden, the dream-like home of the spirits of all forgotten things,”enthuses Ree.

“In each of the wondrous places you’ll visit, you must find a mythical creature to guide you further into the unknown, from the Nethermere to the Amber Vale to the Nevermist…”

Rick’s journey has been one filled with technological discoveries. Having explored the explosion of tech scenes in countries like Singapore, he experienced trends that shaped the world and are still a few years away from making their way to South Africa.

“I’ve always developed my fantasy world using tech, where Ree has focused more on multi-media platforms. So we figured we could do something quite interesting if we combined those approaches,” says Rick. “VR is the perfect platform because Ree’s approach (in content creation) is completely different and that is what sets The Lost Botanist’s VR experience apart from everything else that is out there. Add the mastery of Markus Wormstorm and the rest of the Tulips and Eden Gang – we knew we had something special brewing.”

“The technology is able to put the viewer in an interactive position, giving them a sense of being part of the story and experience, as well as the feeling of being in charge of the encounter. Through narration and sound, we help guide you through the experience but it feels as if you determine the pace and you are not hurried through the world,” adds Ree.

The animation on the project is spear-headed by Ree’s Tulips and Chimneys Studios – the company that has produced animated work for the likes of United Airlines.

The experience is curated in a way that makes it easier for the viewer to keep track of the moment without any revelations, hidden messages, or encounters flying over his or her head.

“The animation is so in-depth, people will often miss details or sub-stories as they only have so many seconds to watch each scene,” she says.

The virtual experience of the animation is built by Rick’s Eden Labs. The Johannesburg-based entity has development XR experiences for Samsung, Jaguar and IBM Research.

“The fact that you are fully immersed into the environment and can look in every direction really is quite something. VR creates the feeling of belonging in the world. No longer seeing something in a rectangle format but truly immersed in the visuals and sounds of the production,” says Ree.

The use of 2D animation in a 360-degree environment in this project is counter-intuitive as the animated content is developed for stand-alone VR devices – this is evident in how the experience keeps the viewer at the centre of everything he or she is encountering.

“We wanted to challenge ourselves and create the experience on a low-end platform, meaning that when it came to scaling up to larger VR platforms, a lot of the challenges were already solved by getting it to run on mobile VR where we have a lot more limitations,” says Rick.

This year’s Annecy Animation Film Festival attracted 90 submissions from nearly 30 countries – with The Lost Botanist being one of only nine VR submissions and Ree being one of the two female animation directors in the running.

At the 2019 screenings, the productionwas up against big-name projects like Gymnasia (from the Emmy-winning Felix & Paul Studios), Doctor Who: The Runaway (voiced by Jodi Whittaker) and Gloomy Eyes, narrated by Colin Farrell, which took home the Cristal.

“It was amazing to have so many eyes on the film and to meet other artists developing projects in this medium. It can feel like working on an island when you’re working on a project of this nature, suddenly we were able to have conversations with people that have been through similar experiments and experiences,” concludes Ree.