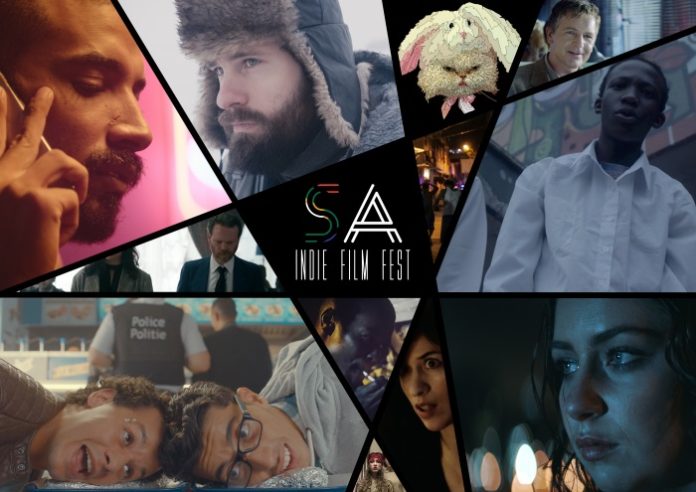 The 2019 South African Independent Film Festival (SAIFF), kicked off on 18 May in Johannesburg and is set to go for 26 May in Cape Town. The festival organisers promised to deliver a bigger and better festival line-up for its second edition and they have delivered.

“We have expanded for our 2019 season to feature more award categories, a bigger jury and more fantastic independent cinema. This year, the festival is going on the road, featuring events in both our home city of Cape Town as well as Johannesburg,” comments festival director Ryan Kruger.

The festival partnered up with The Bioscope in Johannesburg to showcase its top official selection films for two screening events on Saturday, 18 May. “As Johannesburg’s premiere independent cinema, The Bioscope is a no-brainer as the new home of SA Indie Film Fest in Gauteng. Following the screening on 18 May, we hosted a networking after-party in Braamfontein for filmmakers and audiences alike,” adds Kruger.

The Cape Town leg of the SAIFF will once again take place at the historic Labia Theatre and will feature an opening ceremony on Saturday, 25 May, two screening events on Sunday, 26 May, as well as a networking after-party event in Gardens.

The South African Independent Film Festival showcases the very best in local and international short form independent cinema. The festival features all genres and a wide array of formats from short films, to documentaries as well as music videos and VR. “We aim to enthrall audiences with films that stand apart from the usual festival affair and sit on the cutting-edge of storytelling in cinema,” says Kruger.

“The term ‘indie’ has come to encompass an entirely different spirit and approach to creativity. Indie filmmakers are at the forefront of innovation and creativity within the film industry,” he continues. “They take technical and creative risks that would otherwise be impossible in the high-stakes worlds of commercials and studio features. That same spirit of independence and a do-it-yourself attitude is what brought SAIFF into reality. SAIFF is a festival that celebrates this outsider approach to filmmaking and shows audiences a different side to cinema compared to what they’re usually accustomed to.”

The 2019 festival jury includes actor Hakeem Kae-Kazim (Black Sails, Pirates of the Caribbean III), Kim Engelbrecht (The Flash, Dominion), Enhle-Mbali Maphumulo (Tshisa, Rockville) and Sibs Shongwe-La Mer (Necktie Youth). As experts in their respective fields, the jury will select the award winners from this year’s official selection. “We’ve also partnered with SA HorrorFest in adding a new award category for Best Horror Film – the winner of which will be featured in this year’s upcoming SA HorrorFest,” adds Kruger.

Audiences can expect an expertly curated selection of short films, documentaries, music videos and VR experiences from around the world. Each film playing at the festival has been specially selected from hundreds of submissions by the festival’s selection committee. “We pride ourselves on our esteemed jury, who make their official selection from hundreds of submissions,” Kruger comments. “Only about 10% of submitted films make it to the official selection and even fewer get nominations or awards. This ensures that we showcase only the cream of the indie crop – which is great for audiences but even better for the hard-working filmmakers who get their work recognised. Although SAIFF is not as big or prestigious as some of the larger more established festivals, we have a very high standard of work among the indie realm and we hope this translates to greater recognition for these brilliant filmmakers.”

Additionally, the SAIFF has a new festival director, performance artist Berneen Cereska, who will be working alongside Ryan Kruger at the helm of the festival. Cereska’s passion for both music and acting have grown alongside each other in a career spanning over 10 years. She has appeared as both lead and supporting actor in a number of Lithuanian drama and reality TV shows. She is also the founder of Not A Robot Entertainment, a production company focusing on music videos and developing independent feature films. Kruger is a Cape Town-based director who has been making movies since he was 14 years old. As a winner of SAMA, MTV and GOEMA awards, he is widely celebrated for his outstanding work as a music video director. Having directed dozens of internationally-acclaimed short films, Kruger is known for his distinct visual style and character-driven stories. He has recently completed his first independent feature film, Fried Barry, which is slated for release later in 2019.

“Together, Ryan and Berneen bring an eclectic energy to the leadership of SAIFF and their creative brand can be sensed in everything the festival stands for,” says festival manager James Williamson.

“Everyone involved in the festival, from the organisers to the jury, have a heartfelt love for indie film. As independent filmmakers ourselves, we understand the disappointments and thrills that come with the territory. This festival aims to celebrate all the highs, lows, hard work and creativity of indie filmmaking!” Kruger concludes.