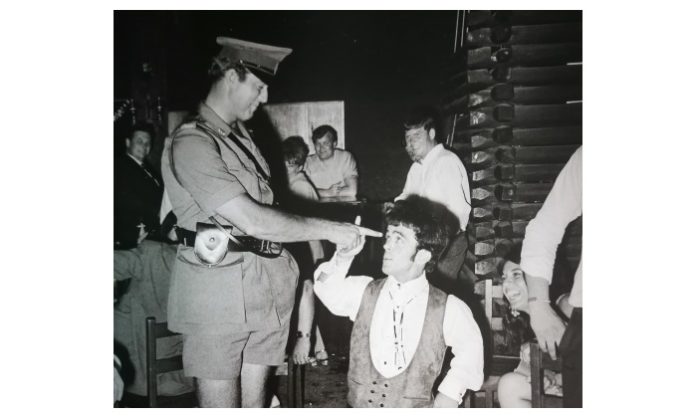 The story of hard-living nightclub bouncer, Billy Monk, who became a celebrated photographer and was gunned down on route to his first exhibition, is coming to the big screen – shooting end 2019.

Billy was a larger-than-life character – diamond-diver, Woolworth’s model, safe-cracker, lobster fisherman, womanizer, nightclub bouncer and photographer extraordinaire. He and his mixed-race wife and children lived across the colour-bar in Apartheid South Africa, and Billy’s love of black jazz drove him into frequent clashes with the law. His tragic, violent end on the way to the first major exhibition of his work is a poignant counterpoint to his passionate life. Missed and mourned, his photographs of The Catacombs live on, showing life on the margins in the rough, dock-side club – the gays, the inter-racial couples, the prostitutes, the trans-sexuals, pimps and sailors.

This was a life lived in the shadows, and Billy Monk captured it.