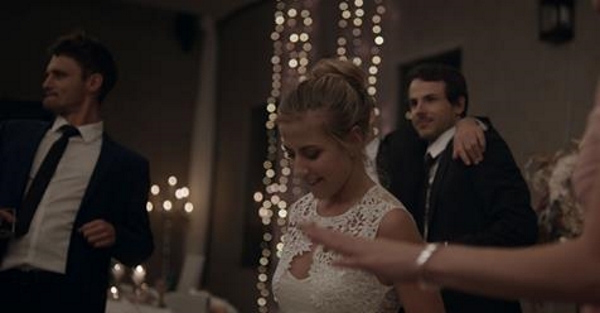 When a picture-perfect country wedding ends in a fiasco, the next morning a group of severely hungover friends who have known each other since varsity days find themselves having to piece together what happened the previous night. In search of answers, the groom seeks to pursue the love of his life, the bride tries to untangle herself from the past and a waitress aims to escape the present. That’s the story at the heart of Wonderlus, a new Afrikaans film that opened on 27 April.

“This is a contemporary and racy story that is unlike any other Afrikaans film we’ve seen before,” says Helen Kuun, MD of Indigenous Film Distribution, which is distributing the film. The dialogue is modern and reflects how young Afrikaans-speaking people talk today. Above all, the film is an existential reflection on love and marriage that is at times heartbreakingly funny and at others really sad.

“Wonderlus asks questions about love and responsibility,” says Cronjé. “They are well-known themes, but I believe it’s important to continue to question how and why people experience certain emotions and how we create ideas about what love is – that interrogation is even more important than trying to find the answers. Much of the film is really intimate, and that’s because I wanted to tell the story honestly.”

Shot by Devin Toselli, the camera work is a stand-out feature, as are the scenes set in an endless field of sunflowers, and of friends lost in the veld. “We shot the film entirely with hand-held cameras, apart from a few shots mounted on a car. The soft untenable moment of a camera held in a hand is such a lovely tool to keep an audience engaged.”

The film was produced by Nouvanaand Films in association with kykNET Films, the Department of Trade and Industry (dti), and the Industrial Development Corporation (IDC).