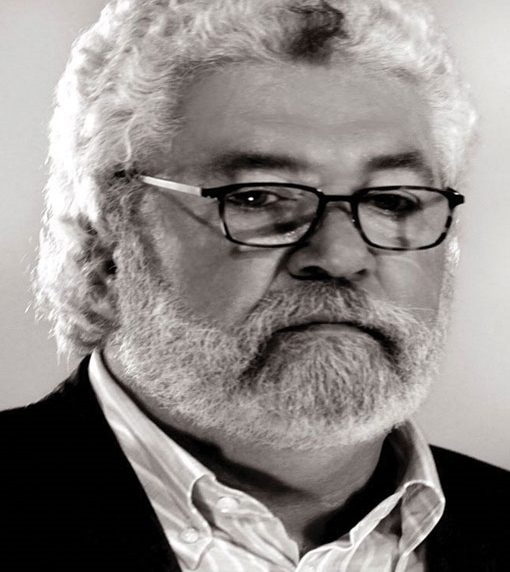 How did you come to find yourself working in film and TV? Was it always the plan?

On my parents’ insistence, I first completed an LLB law degree like they wanted me to, but after that, I studied drama and started working in television like I wanted to.

What exactly does the job of a producer entail?

The short answer is that you have to be a jack of all trades and you have to appoint somebody else – these days there are a variety of producers on feature films – who can fill in the gaps in your own capabilities.

In the development phase of a film, the producer has to have some literary appreciation to recognise a good book, script or idea and raise the money to pay for it all. You have to find an appropriate screenwriter and contract people like the film director, cinematographer and production designer and have some say on which cast or crew get hired. A producer’s role will also consist of approving locations, studio hire, final shooting script, production schedule, and the budget.

As someone who has produced across genres and formats, in both film and television, what kind of content do you enjoy creating most and why?

Creating content for television is different to film. Television productions normally get commissioned by a broadcaster who carries the full financial risk. The television producer, therefore, represents the interest of the broadcaster and in many ways becomes an extension of its staff. Some of the major decisions about story and budget as well as crew and talent appointments are made by the broadcaster in line with their editorial policy.

Both worlds make different demands on the producer and I enjoy the challenges that each production offers equally.

Your most recent project, Waterfront, is shot at the V&A Waterfront in Cape Town. What was it like filming at such a busy tourist location and how did you manage to secure this as your location?

It was extremely difficult at times to work in the most popular tourist destination in the country. Without the co-operation of the Waterfront staff, it would have been impossible. Although we had many stakeholders to answer to and many home and business owners to work around, we tried to prove our goodwill by behaving professionally at all times. This, of course, placed a lot of extra responsibility and strain on the crew and cast of Waterfront. But I am happy to say that our team maintained an exceptionally high standard of discipline and decorum.

We have been tenants of the V&A Waterfront ourselves for many years and our location managers have been working in this environment on many productions in the past. We have therefore built up longstanding relationships with the Waterfront staff that stood us in good stead.

As someone who I’m certain has mentored many in the industry, who were/are your mentors? Why them?

In my early days, there were not the amount of film schools that there are today, so we had to learn ‘on the job’ while working professionally. People like Jan Scholtz, Elmo de Witt, Jans Rautenbach and Katinka Heyns – all pioneers in the local industry – taught me a lot and created early opportunities for me.

However, I can safely say that early in my career my biggest mentor was director Manie van Rensburg. I had tremendous respect for him as an intellectual, a craftsman, an artist and a warm and generous human being. Lately, in television, I worked very closely with Marida Swanepoel, an insightful and sensitive veteran of the television business, who was one of the founders of kykNET. She taught me to understand and respect the local audience who we are responsible to and dependent on.

What has been the biggest challenge in your career to date?

Each production that you tackle is one’s biggest challenge. You would think that one would ‘know’ this business after 35 years… but you don’t. Every production is entirely different and presents one with challenges that you have never been faced with before. However, it was a massive challenge to get the South African production of Idols off the ground. We suddenly had a cast of thousands and thanks to a dedicated team, we pulled it off successfully. A documentary series like Scorched Earth – on the concentrations camps during the Boer War – was also a challenge because of the vast subject matter and because you had to fight and struggle to find and secure each historical image.

What has been your career highlight(s) to date?

It would be like admitting to you who my favourite child is. It would be wrong to choose. There were just too many. I suppose I have to say that it was a highlight working in television and film, and living in Cape Town. That is all I ever asked of life.

What advice do you have for young people wanting to follow in your career footsteps?

Please do not to follow in my career footsteps. Create your own. It is not easy to make a living in this industry. Supply is big. Demand is small. The budgets are big. Our audience is small. You have to want to do this desperately, otherwise, you will not last. Have that kind of tenacious commitment. Work extremely hard and enjoy it to the fullest.

Three people, dead or alive, that you would love to work with on a production?

If you weren’t working in film and television, what would you be doing?

I came very close to spending my days in a court of law. If I had not followed the desire I had to tell stories and to share in the magical experience of telling them to an audience, I would be dressed in a black robe in downtown Cape Town experiencing as much real-life human drama as I am able to portray in film and television.

What can we expect next from Herman Binge and Lion’s Head Productions?