According to Nick Wilson, project manager of AAN; “TAS’s support of AAN and FupiToons Festival is indicative of their commitment to the African animation sector. TAS plays a pivotal role in our industry training the top animation graduates. We’re honoured and privileged to have them as a partner.’

DISCOP Johannesburg
Twenty students from TAS will attend DISCOP Johannesburg 2017 with unrestricted access to attend all the conference events, masterclasses, workshops and pitching competitions. This will provide the students with a window into the African broadcast community which they will join in the near future. The wealth of information that will be shared by leading international experts at DISCOP Johannesburg will also assist in bridging the gap from graduation to fulfilling a role within the African animation industry with students able to interface with professionals on these platforms.

Annecy – MIFA Pitches Animation du Monde
TAS is the naming partner of the Annecy – MIFA Pitches Animation du Monde competition category; The Animation School – Feature Films. The second semi-final of the first-of-a-kind Pan-African pitching competition is taking place at this year’s DISCOP Johannesburg market. Ten semi-finalists have been chosen from across the continent to compete for 6 spots in the Grand Finale where they will go head-to-head with the 6 finalists identified in the DISCOP Abidjan semi-final held earlier in the year. The 2 winners of the Grand Finale across all the categories will fly to the Annecy International Animated Film Festival & Market/MIFA (Annecy/MIFA) 2018 in France where they will compete in the Animation du Monde final against projects from other global developing animation territories.

Nuno Martins, principal of TAS, will form part of the panel of international experts that select the 2 winners. Furthermore, irrespective of the top feature film placing in the 2 overall winners, Martins will identify the best in The Animation School – Feature Film category and will announce the winner at the Annecy – MIFA Pitches Animation du Monde Awards Ceremony brought to you by the African Animation Network at SkyRink Studios, from 20h00 to 22h00, 27 October 2017.

FupiToons Festival
TAS has kindly sponsored catering for the Industry Premiere (Thursday, 26 October, 2017 at Ster-Kinekor, The Zone, Rosebank) of the maiden FupiToons Festival whilst students have kindly volunteered to assist with logistics on the evening. Attendees of the Industry Premiere are encouraged to make their way to the TAS branded area in the foyer of the theaters to meet the affable lecturers and passionate students.

At FupiToons Festival 2017, Martins will once again be doffing his judging cap by selecting the winners of various categories.

WHAT:
Africa’s 1st short-form animation festival hosted by the African Animation Network in partnership with Cartoon Network and Ster-Kinekor

WHEN:
Industry Premiere, 26 October at 19h00, sponsored by The Animation School 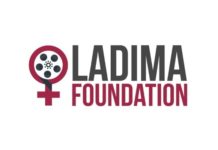 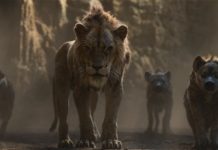 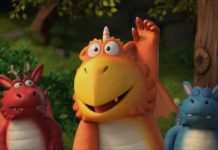 SA-animated Zog up for International Emmy