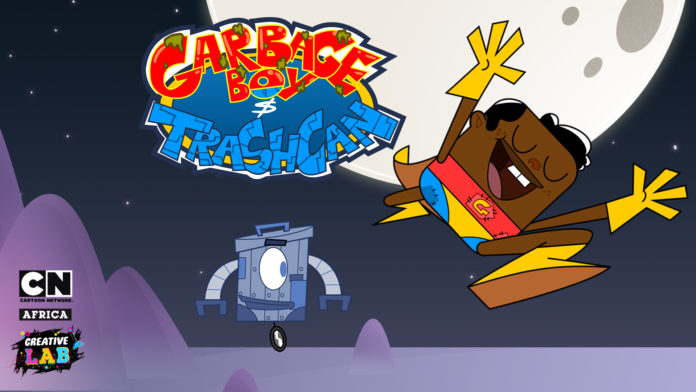 A year after announcing Cartoon Network Africa’s Creative Lab winners, WarnerMedia revealed the winning shorts at DISCOP Johannesburg 2019. The initiative, which started in June 2018 as a pan-African call for a pitch competition, not only had the ambition to find African talents and bring to life local story gems through animation, but also to unearth talent from a range of backgrounds. Creators, writers, graphic artists and animators all rose to the occasion to take a chance at bringing innovative content aligned with Cartoon Network’s brief to showcase humour, craziness, randomness and absurdity – and, most importantly, to make African kids laugh out loud.

Screen Africa sat down with Ariane Suveg, head of Programming and Acquisitions, WarnerMedia Kids Africa, to talk about Cartoon Network Africa’s Creative Lab success and the role of local creators in African animation.

What are the next steps for the winners of Cartoon Network Africa’s Creative Lab competition? The shorts officially aired on 11 January at 17h15, DStv channel 301 and GOtv channel 67 (Ghana 158/Uganda 356). This initiative has brought talented African creators together, and it has been an exciting process. In 2020, we are willing to strengthen our collaboration with the winning, and very talented, creatives, and are currently exploring how we can enter a development process for a short series.

After the success of CN Lab, will there be another rollout of the competition?

We have not planned to run another edition of CN Lab in 2020, but are seriously on the lookout to find and produce African animation projects. We are partnering with various festivals and professional organisations to ensure we get new pitches in and are identified by talents. The success of the Creative Lab has confirmed our conviction that great animated stories can be found and developed from the African continent.

What are some projects Cartoon Network is developing to further empower African creators?

We are in discussion with some of our partners to further develop and invest in African animation, and this is an ambition for the year to come. We’re also interested in initiatives that help animation skills to grow across the continent and federate various talents.

Do you think that the current players who created the winning shorts have potential to play with bigger players in the industry?

The ambition of CN Lab was to select the best creative ideas and ensure high-class production standards are met to potentially open doors for these local productions to travel. As an international company, and one of the biggest players on the global media market today, we have an opportunity to facilitate international collaborations, giving the talent the opportunity to interact with international production experts. We think that very local African stories, as they are unique and driven by strong values and catchy ingredients, could resonate globally as well.

When will Cartoon Network and Boomerang start investing in making local productions (i.e. a full show) for, and by, African viewers?

Our channels need to be representative of our audience and making local productions is part of this objective. On Cartoon Network, we have created local content productions such as Pop Up Party, a series celebrating having fun and getting together through dance and music, that will now come back for a third season on the channel, and on Boomerang we have WOOALA!, an interactive magic show filmed on the streets of Cape Town, to give a few examples. Animation is now the genre we want to commit to, and it’s a fantastic project as there is a strong demand for more African animated content. We’re currently working on how to start developing projects.

How has the rollout of VOD affected the way you now create content and share it for consumption?

Whether it is for linear or non-linear consumption, we’re always looking for unique stories and characters, in line with the tone, promise and targets of our brands. VOD opens a door for more diversity and freedom in the formats we’re working on, but the fundamentals remain the same. The level of mobile equipment in Africa, the youngness of the population and the diversity of local languages are also guiding the way we need to think about new type of content.

We know WarnerMedia partnered with YES TV in Israel and cartoons will be dubbed – why do you think dubbed content is important in local markets?

We believe that dubbed content can create a stronger relationship with our viewers as it’s a way to celebrate the diversity of African culture and languages. Cultural subtleties can be grasped in a different way through language, and humor is, for example, something that is hard to translate unless you are making references that a local audience can relate to.

One of the themes at DISCOP Johannesburg 2019 was Music as a Cross-Border Accelerator; how have you at Cartoon Network and Boomerang found this to be true?

Music is an important part of our work, and we agree that music has a special way to connect people across cultural borders. This is something we had in mind for our local production, Pop Up Party, which celebrates African culture and kids coming together to have fun and connect through music and dance. Additionally, we also initiated a musical campaign on Boomerang, where we created a series of ten original songs, produced in Africa, called The Boomerang Tunes. The title song, “We Laugh All Day”, is sung by South African/Ugandan young talent, Mila Smith.

What are some challenges in the development phase of animators that WarnerMedia Africa is looking into improving?

The animation industry is not yet well structured in many African territories, compared to other parts of the world. At the same time, African talents, who are often self-taught, have an incomparable energy and so many creative ideas to propose. The challenge is to facilitate and build collaborations between local and international partners to share expertise and make productions that enhance and stay faithful to the very original ideas of the creators.

What is some advice you can give upcoming content creators to monetise on their content in Africa?

African creatives make the most of online video services. This is not the ultimate monetisation guarantee, but it’s an amazing publicity tool to spread and communicate creative work which has the opportunity to be seen by production or content providers.  At the same time, putting too much content on AVOD is a barrier for selling it to networks. There is a balance to find in between, working also on various formats, from shorts to long-form content.

What are some key areas in the African animation industry that you are keen on branching into?

It’s only the beginning of the journey, as there are many areas to explore on the continent. The success of comic books in Nigeria is a source of inspiration: we see a potential for African animated super-heroes and super-heroines.

What are some exciting projects that Cartoon Network will be rolling out that African content creators can look forward to in 2020?

Beside animation, Cartoon Network is also planning to produce live action shorts. Pop Up Party season three is also in the making!