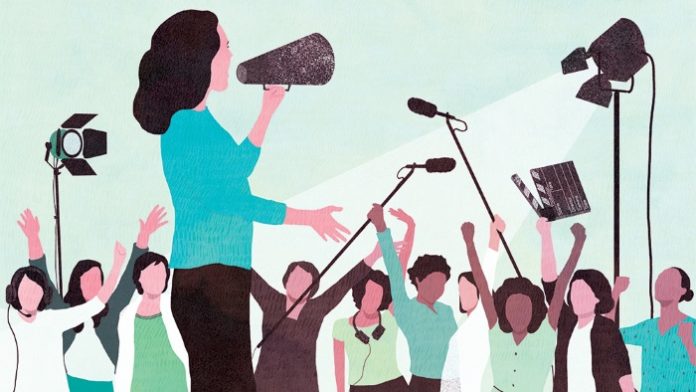 Sometimes it feels like there might be something in the water. By that, I refer to the experience when you find yourself obsessing over a topic, only to find that many others are looking at the exact same issue.

At the moment, the burning issue in my mind, and that of many others, concerns film industry data and numbers – especially in relation to women.

Over the course of last year, in various contexts – including during workshop trainings I have conducted on funding applications, in various meetings and countless conversations – I have been asked to come up with statistics about the space(s) occupied by women in the film industry in Africa.

These numbers just do not exist – mainly because the numbers relating to the film industry in general across Africa do not exist. Apart from some research and data from South Africa, I have not come across any comprehensive survey as to either the number of people working, or even the amount of titles (film and TV) released in key African territories, including Nigeria, Ghana, Kenya, or Rwanda – let alone any other sub-Saharan African countries.

The results of these multiple surveys show that the numbers actually matter. For years, even in Europe, there was anecdotal evidence and everyone just “knew” that women were under-represented within key roles within the film industry – but no one actually understood the whole picture.

At a recent Pro Quote event in Berlin, some of these statistics were presented and the reality is much worse than many had thought. Now that the research has actually been done for a period of years up until 2018, the true extent of the problem is finally evident, and organisations such as Pro Quote, Women in Film and Television International (WIFTI) and the EWA are now able to lobby both government and private institutions for equity based on specific facts and data.

Some of the results shared from Rewrite Her Story show that amongst a sample of the most successful movies globally, not a single one was directed by a woman; moreover, only one in four films had a female producer involved, while only 1 in 10 scripts was written by a female screenwriter.

The EWA report shows that in 2014 women comprised 44 percent of film director graduates from film schools, but only 26 percent were working in the film space, and only 16 percent of public film funding went to women.

The point of referring to these statistics is not to rehash the issues of gender inequality in the film industry, but to show just some of the depth of research that is coming out of Europe about the film industry as a whole.

Some of the most important information of this kind looks at public funding and support of projects and how much of this money goes to support women, as well as the relationship between what happens on-screen with what is happening behind the camera.

However, despite the critical importance of this kind of research and data, there simply is no comparable data for the film industry in Africa – Anglophone or Francophone. We simply do not know how many African films and TV series are produced in any given year, let alone how many of those had women directors, producers, cinematographers or writers.

With commercial investment so desperately required for the film industry to really thrive in key African markets, and with local and international funders and donors asking questions about the industry in terms of ROI, diversity, and gender inclusivity, this lack of information is one of the issues holding back the growth of the industry.

Whether it’s an investor looking to build cinemas, or a donor hoping to support women in film, everyone is asking the same questions – ones for which there are not sufficient answers.

Numbers matter – they matter when it comes to dollars, pounds, naira, shillings, rand and any other currency you can think of. Understanding the actual outputs of Africa’s key film industries, and understanding the diversity in terms of the range of categories describing who is producing that content, matters.

Academics, funders, commercial investors and those working in the industry will all benefit from this information and therefore all need to be part of supporting the research that will provide it.

An exciting development in the space was the launch at Berlin of Carla 2020 – an event specifically focused on “connecting the film ecosystem with current research, best practice, and ground-breaking initiatives” to ensure gender parity beyond 2020. Carla 2020 will take place from 21 to 23 August in Karlskrona, Sweden, hosted by Women in Film and Television International (WIFTI).

This event will be a major milestone in centering data as integral to the diversity conversation.

The process of starting to gather this data and to develop some key baseline data sets is daunting, but, I believe, it is an essential requirement not just to promote the role of women in the industry, but also to support the African film and TV industries as a whole.