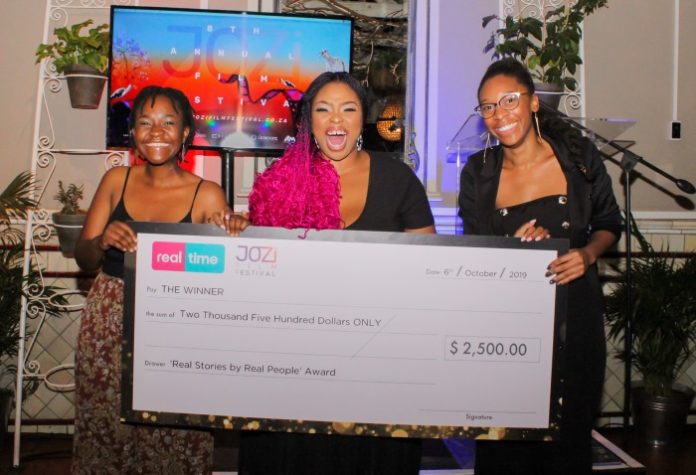 Tapiwa Gambura took home a cheque for $2 500 as the winner of JFF and Discovery Network’s “Real Stories By Real People” award. Her short documentary about a Zimbabwean woman who is a bus conductor garnered the most public votes. Handing over the award was SA’s RealTime ambassador and Metro FM talk show host, Relebogile Mabotja. In second and third place were Beyond Gender by Samuel Erhahon (Nigeria) and Fish On Fire by Peter Okojie (Nigeria). Twenty films were shortlisted in this category and all will all be broadcast on RealTime channel this month. They can also be viewed on the JFF website.

Someone To Blame – Enver Michael Samuel

The evening was hosted by John Vlismas and the crowd were entertained by the Mzansi Youth Choir, whose performance was sponsored by RMB.

Jozi Film Festival thanks Chubb, Easy Equities and BASA for their support of the festival.