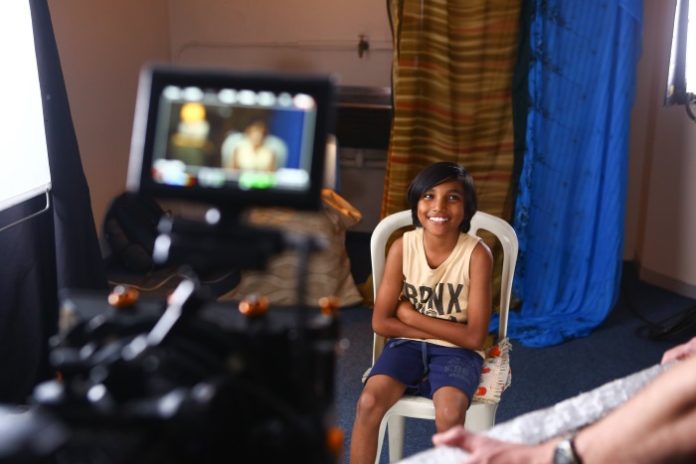 Set in the early-80s, the heart-warming feature film Kings of Mulberry Street follows the adventures of Ticky and Baboo, two nine-year-old misfits who take on the town bully.

Written and directed by Judy Naidoo, the film is set in the fictionalised Sugarhill District – inspired by the KwaZulu-Natal towns of Verulam and Tongaat. Naidoo, who grew up in Verulam, holds the film particularly close to her heart: “Whilst pursuing a short filmmaking course in New York City, a lecturer who saw some potential in my work encouraged me to tell my own stories,” she shares.

“He encouraged me to tell stories that were personal to me. At that stage I had no ideas brewing in my mind, but on the long flight back from the US the story for Kings of Mulberry Street emerged. I dreamt up the characters of Ticky and Baboo – they were largely inspired by the weird and whacky kids I once knew growing up. And being a strange kid myself, I could see myself in both those characters. The rich and colourful world of the Indian community in the 80s, as well as Indian cinema and songs from that era, all provided the inspiration for this story.”

Kings of Mulberry Street tells the story of two unlikely friends, the young Indian boys Ticky and Baboo, who have to find a way to overcome their differences in order to defeat the local crime lord, Raja, who is threatening their families. Spirited and fearless, Ticky escapes the realities of his daily life by living in a Bollywood dream-world. Baboo, on the other hand, is timid, academic and apprehensive. “It is a universal story about innocence and a tribute to the love between friends,” says Naidoo. An old-fashioned, colourful comedy misadventure made for the whole family, “the story of Kings of Mulberry Street is akin to a matinee feature,” she says.

Making their acting debuts are the brilliant young talents, twelve-year-old Aaqil Hoosen (Ticky) and nine-year-old Shaan Nathoo (Baboo), who play the leads in the film. “Casting the two leads took approximately six months,” says Naidoo, who was very hands-on in the process.  “We found the Baboo character quite early in the casting process, although we only cast the role a couple of months later.” Casting Ticky proved to be more of a challenge, sending Naidoo and her team to public schools across KwaZulu-Natal, where they eventually found the perfect fit after a lengthy process and many call backs. Interestingly, he (Hoosen) happens to be from Naidoo’s hometown of Verulam.

Shot on location (Verulam, Tongaat and surrounding areas) in KwaZulu-Natal in just 29 days in June 2018, Naidoo says that as with most films, budget and time were the biggest challenges encountered when producing Kings of Mulberry Street, especially when you factor child leads into the equation. The lead child actors underwent an intense six-week acting and dance rehearsal period to prepare for the film’s dance scenes. “There are strict time constraints when working with children, and it makes scheduling particularly challenging,” comments Naidoo.

Drawing inspiration from the vibrant and interesting lives led by the Indian community residing in KwaZulu-Natal in the 80s, as well as Bollywood cinema and songs of the same era, Kings of Mulberry Street is visually dynamic and rich in colour – “in a retro way,” says Naidoo.

“Between DOP Greg Heimann and myself we had decided on a certain look for the film, but we were very open to things developing organically from there, which they did. We had very specific references in mind, which we referred to from time to time, but we were flexible and adapted to what was required on location.”

Shot on the Red Dragon, Naidoo describes the shooting style as “largely free and loose” to allow the actors some degree of freedom, especially the child actors. “At times it was very challenging as the spaces we worked in were tiny and to fit the actors, the crew and the equipment in one room was a bit of a mission to say the least. We also shot on rooftops a lot, so safety was a big concern for us,” adds Naidoo.

As a multi-award-winning filmmaker, Naidoo is no stranger to the local and international festival circuit. Her debut feature, Hatchet Hour (2016), scooped numerous awards, including Best Director and Best Picture at the New Hope Film Festival in Pennsylvania, as well as the Best Foreign Film Award at the LA Femme International Film Festival. Her plans for Kings of Mulberry Street are no different, with the intention being to have the film travel to festivals worldwide.

Kings of Mulberry Street is a film that ultimately inspires children to be themselves, to believe in themselves, and to understand “that we are not limited by our circumstances,” says Naidoo. “It is a universal story about innocence. It is a tribute to the love between friends. While the antics of Baboo and Ticky will impress and amaze the children watching it, it will profoundly reconnect the adult viewer, via nostalgia revisited, to how cinema informs childhood. Like the movies that took our breath away as kids, Kings will sweep us off out feet and make us all feel young again with its cracking Durban-Indian wit meets hilarious Bollywood mimicry and some of the oddest dance moves in cinema history,” she concludes.