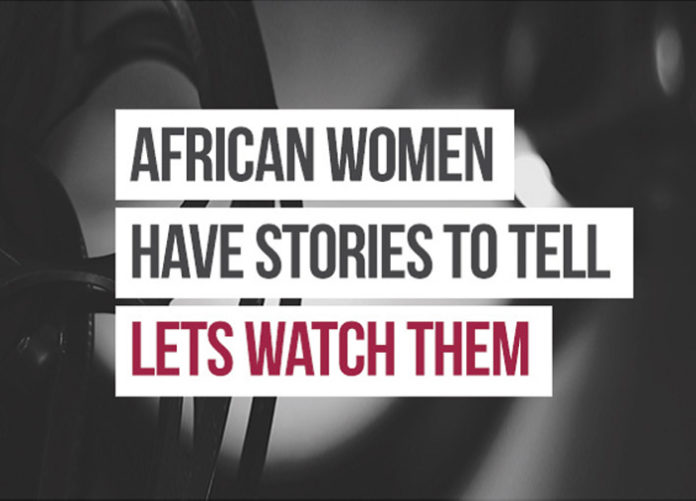 The Ladima Foundation has announced the appointment of a high-profile Advisory Board made up of a host of well-respected film and TV industry professionals from across the globe.

The Advisory Board of the Ladima Foundation will provide critical guidance on the policy, direction, and priorities of the organisation and lend their reputational and network support in order to ensure the success of the organisation. The combined expertise, networks and passionate commitment to the development of women in the film industry across Africa of the members of the Ladima Foundation’s Advisory Board is truly awe-inspiring.

The Ladima Foundation Advisory Board is made up of the following professionals;

Biola Alabi is the executive producer of the award-winning films: Lara and the Beat (2018), as well as 2017 Nollywood blockbuster, Banana Island Ghost (B.I.G). She is also the executive producer of Nigeria’s number one food travel documentary-series, Bukas and Joints, currently airing across Africa and in the UK. As part of her dream in evolving Biola Alabi Media into a 360-degree entertainment company, she delved into book publishing with the release of a young adult novella titled The Adventures of Lara and Dara.

She is also the founder of Grooming for Greatness a leadership development and mentorship programme for a new generation for African leaders and a Non-Executive Director of Unilever Nigeria. She was named one of the 20 Youngest Power Women in Africa by Forbes Magazine, a World Economic Forum Young Global Leader and CNBC Africa’s AABLA West African Business Woman of the Year (2013). For over five highly successful years, Biola Alabi held the high-profile position of Managing Director for M-Net Africa, part of the globally renowned Naspers Group. Prior to this, she was based in the United States where she was part of the executive team at the influential children’s television brand Sesame Street.

Themba Bhebhe (South Africa/ Germany): After working for almost a decade in international film sales, Themba Bhebhe has been in charge of Diversity & Inclusion at the last two editions of the European Film Market (Berlinale). Bhebhe is also one of the founding members of the Programmers of Colour Collective (POC2) that aims at creating a conversation around and working towards a more diverse and inclusive programming pool at international film festivals through research, awareness events, networking, profile raising, mentoring and shadowing. He has shown incredible support for the Ladima Foundation throughout his extensive work and travels to film events and festivals around the world.

Catherine Gitahi (Kenya): Catherine Gitahi is an integrated marketing communication specialist with a background in journalism & community work, and a bias towards implementing issue campaigns and advocacy with many years of experience in East Africa. She is currently the Corporate Affairs Manager at the Kenya Film Commission where she plays a pivotal role in supporting the Kenyan film industry. Progressively, she has executed advocacy and development work while establishing a background in grant management. Gitahi brings a wealth of experience and her strong East African network to her role on the Advisory Board.

Bikiya Graham-Douglas (Nigeria): Bikiya Graham-Douglas is an award-winning actress, singer and producer who is committed to telling stories through different art mediums, stage, film, and radio. Graham-Douglas is a winner of the Africa Magic Viewer’s Choice Awards, a nominee in the Nigeria Entertainment Awards, and a nominee at the Nollywood Movie Awards. She is also the founder and CEO of Beeta Productions and the Beeta Universal Arts Foundation, both of which work to produce and support quality Nigerian productions. Graham-Douglas has also served as International Jury member at FESPACO, as a trainer/ resource person at The Zanzibar International Film Festival, and is also a board member of Lagos Fringe Festival.

Graham-Douglas has taken part in a number of Ladima Foundation initiatives and will be a powerful ally in the important West African market.

Charlotte Giese (Denmark): Charlotte Giese is a Senior Advisor at Danish Film Institute and also works as Strategic Consultant for numerous organisations in Middle East and Africa. She is passionately committed to the development of the film industry across the world. As a leader, who is concerned about the synergy between growth and development, and between commercial and non-commercial areas, her vision is to strengthen the next generation through talent development, media literacy, cinema culture and production of high quality artistic and engaging content.

Nse Ikpe-Etim (Nigeria): Nse Ikpe-Etim is a multi-award-winning actress from Nigeria. A recipient of the IARA Awards in the UK, the AMVCAs as well as nominations for several other awards both local and international, she has served as a juror for international industry organisations such as the Durban International Film Festival (DIFF) and the Cape Town International Film Market & Festival (CTIFMF). Ikpe-Etim, a veteran known for her humanitarian and mentoring efforts, is a TEDx speaker, and she recently received an award from the Cyprus International University in recognition of her contribution to youth development. She brings her wealth of experience as a consummate filmmaker, and avid mentor to young girls and women spread across different disciplines.

Fibby Kioria (Kenya): Fibby Kioria is the programme director at Maisha Film Lab and has – for the last eight years – worked in film education management. She has sat on numerous film festival juries around the world and founded two short film festivals in East Africa. She is passionate about African cinema,  particularly the archiving the history of  African Cinema.

Kioria is also the associate producer for the ‘Sembene Across Africa’ screenings, which, to date, have shown Ousmane Sembene’s work in over 35 countries in Sub-Saharan Africa over the last three years.

Elias Ribeiro (South Africa): Elias Ribeiro is a Brazilian born film producer who has lived and worked in over 10 countries. He has – for the last decade – been based in South Africa where he founded Urucu Media. His award-winning body of work spans a wide range of documentary and fiction projects that have premiered in Competition at Sundance, Berlinale, Festival do Rio, Beijing and Durban, to name a few. In 2017 he had two of his films in the running for the Best Foreign Language Oscar, representing South Africa and Mozambique. Ribeiro is the founder of Realness, a Pan African Screenwriters Residency; Creative Producer Indaba; and most recently Realness Institute. In 2018, he helmed the Market and Industry Programme of the Cape Town International Film Market and Festival. Lately he has enjoyed being a jury member for film funds such as Hubert Bals, mentoring producers in labs in Locarno, Addis Ababa, Kampala and offering consultancy services to different production companies and film related businesses on International co-productions and distribution.

Monica Rorvik (South Africa): As head of Film and Media Promotion at Wesgro, Rorvik’s mission is to inspire. She travels the globe representing Cape Town and the Western Cape. She has worked in the film industry in South Africa for many years, always with a strong focus on promotion, development, and collaboration. Rorvik is well known and respected around the world as she works tirelessly promoting the film industry of the Western Cape. A consummate networker, Rorvik has already added significant value as an ally of the Ladima Foundation and will continue to do so as a member of the Advisory Board.

Debra Zimmerman (USA): Zimmerman is the Executive Director of Women Make Movies based in New York City. She has worked for many years to support women in the film industry, not just in the USA, but around the world. She is the recipient of New York Women in Film and Television’s Loreen Arbus Award and the Hot Doc’s Doc Mogul Award, given to those who “over the course of their career has made an essential contribution to the creative vitality of the documentary industry, both in his or her country or abroad.”