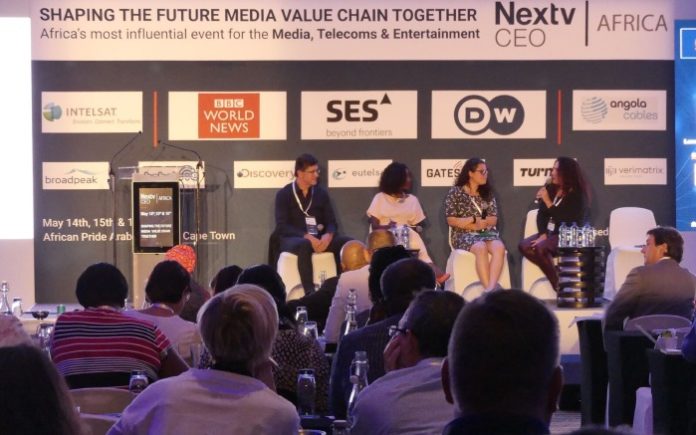 I recently attended the Nextv CEO Africa conference, which saw a gathering of a host of top-level industry execs from some of the major international players in the ever-converging world of digital, social media, TV and content platforms such as Facebook, YouTube, Kwese iflix, Startimes, Econet, Deutsche Welle, The Africa Channel and others.

After listening to many of the discussions and moderating two sessions at the event, I continue to wonder when the African TV/film/content space will hit the critical mass necessary to truly transform the industry.

While the presence of so many high-profile individuals at the event, and others like it, is symbolic of the commitment that these companies are supposedly making to Africa, the question remains, are they putting their money where their mouths are? And in answer to this, I would say, not so much.

There are stacks of statistics and data that show the massive potential market that Africa represents, with a population (estimated at 77%) considered “youth” – and with smart mobile phone and broadband data penetration increasing exponentially – Africa’s potential is self-evident. But the conundrum appears to be that the African market is in a semi-permanent state of “emerging” and yet never quite arriving.

Apart from a few home grown players such as the dominant MultiChoice (Showmax) and less dominant Azam Media in East Arica, as well as Econet and the North American-based The Africa Channel – which screens purely African/diasporic content – the other major international platforms are still basically dabbling in the African market, while making a lot of noise about rather small commitments.

Netflix has announced three co-produced original South African series (Queen Sono, Shadow, Blood & Water), along with the animated series Mama K’s Team 4, and has also acquired the Nigerian film Lionheart. For this, they have received massive attention from media and professionals across Africa; however, in the grand scheme of their global productions, these are not massive announcements, especially when compared to what Netflix Originals is doing in other parts of the world.

Netflix Originals India announced in April that ten new original movies are in production, following on from the five previous original movies and the eight to ten original series set to go into production within the Indian market this year.

In Asia, Netflix has already produced 100 originals in eight countries and already has 17 announced for 2019 that will be produced in Japan, Taiwan, Thailand, India and South Korea.

Netflix announced 24 new titles for Europe in the fourth quarter of 2018 – that’s equivalent to the total for the region in 2017 and represents 22% of the upcoming catalogue. It will increase the number of European titles it produces by another third during 2019, having delivered 141 projects (including recommissions) in 2018.

Netflix is also still the only of the top international streaming platform to even show an interest in African content, with others such as Amazon, Hulu, HBO and AppleTV hardly even casting a glance in Africa’s general direction.

And yet, many people inside the industry are jumping with joy and excitement in anticipation of Africa and African content being “the next big thing.” I am still to see the evidence of this, however.

While there are more and more successful and well-attended events such as the NEXTV CEO Africa event, along with the various DISCOP Markets, and many other similar events that have sprung up, when you speak to the producers they all tell the same story. While there may be a perceived increase in interest in African content, and there are a few high-profile deals being made, there simply is not enough money being spent on African content to drive a transformation within the industry.

Compounding the problem, the deals still fall squarely within the so-called ‘African triangle’: Nigeria, South Africa and (to a lesser extent) Kenya. While French broadcasters like Cote Oust and Canal Plus will continue to support Francophone African content in a more or less consistent manner, there is still simply not enough being spent on African produced content in general to drive a global viewing trend or to drive substantial, sustainable growth within the industry.

African content is yet to see anything like the excitement around K-Dramas – South Korea’s soap operas that have taken the world by storm – or the long-lived popularity of Spanish telenovelas. Despite the success of Nollywood content across the continent and into the diaspora, these shows still have not captured a global imagination in the same way or in the same numbers.

For content made in Africa to really achieve next-level success, all industry players need to find a way to move from the excitement and the talking at events and conferences into high gear on production and distribution with key partners across the continent and beyond.

I definitely don’t have the answers as to how Africa reaches its critical mass, but the more industry events I attend – and the more I hear about Africa’s potential as opposed to its actuality – the more I worry we are just not getting there quite fast enough.