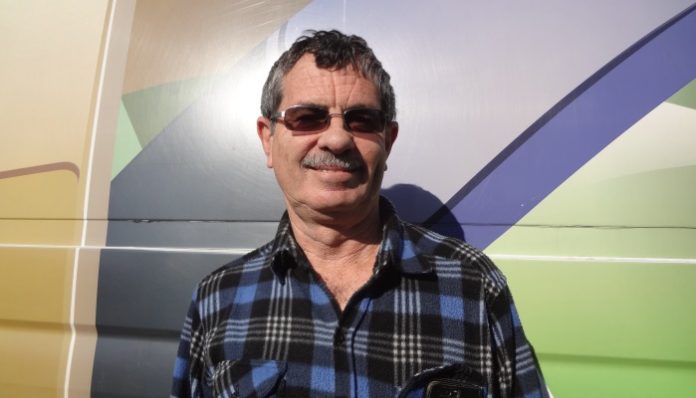 Pete Knevitt, “the champion of innovation in the South African broadcasting sector”, will be taking his final bow from broadcasting, at the end of September 2019, after having served SABC, the public broadcaster, with distinction, since 12 January 1977.

David Mathe, currently GM: TVBR (acting) pays homage to his cherished colleague: “Unlike most retirees, at the end of their tenure, Pete is showing no signs of slowing down. In fact, he has upped a gear, in his new role as the acting Technical Support Manager, by implementing various new projects as if to make his final mark on the champions plague by ensuring that it is way out of reach for his successors. He indeed has the purpose and passion of one who has just been hired rather than that of someone who is about to retire.”

“Pete’s footsteps are deeply engraved in South African broadcasting’s technical fraternity and any one worth his salt, will doff their hat to him in admiration of all his achievements and more so in respect for his quiet demeanour. He has occupied many roles during his long illustrious career at the SABC but his most significant role still remains that of a Principal Technologist (Hi-Tech Manager), during which time he set the broadcasting scene alight with multiple broadcasting firsts.”

Some of the most memorable ones are:

This is by no means an exhaustive list of all Knevitt’s achievements and his ferocious appetite to keep improving.

His most incredible achievement though, and one that is constantly overlooked, is the legacy that he has left at the SABC. Knevitt has inspired many a young technicians at the SABC and he leaves behind a team that is as capable and willing to lift the SABC to the next level of broadcasting excellence.

For now though, the SABC would like to acknowledge the indelible mark that Knevitt has made at the public broadcaster during his illustrious career. “We consider ourselves extremely lucky to have brushed shoulders and worked with such and unassuming genius. May his future endeavors be as or more fruitful than his past wins,” Mathe concludes.