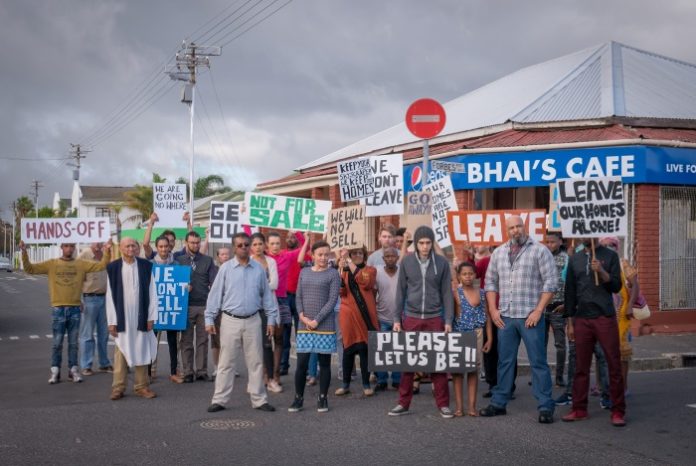 The South Africa-meets-Bollywood Bhai’s Cafe, directed by Maynard Kraak, and described as a “poignant little gem of a film about family, love and urban gentrification” will officially close this year’s 40th Durban International Film Festival on Saturday, 27 July at 7pm at Ster Kinekor, Gateway in Durban.

Produced by Razia Rawoot and Maynard Kraak of Razia Bawa Productions and West Five Films, with a screenplay by Darron Meyer and Aaron Naidoo, based on a story by Rawoot and Executive Producer / Actor, Mehboob Bawa, Bhai’s Cafe centres on the Patel Family and their cafe, the cornerstone of the Wynberg community in Cape Town. The cafe comes under threat from a ruthless property developer, as Bhai’s daughter, Rashmi, is swept off her feet, in true Bollywood fashion, by Patrick, the son of the property magnate. At the same time, Bhai and his family rally the community to square off with the property developer to stave off the bulldozers and save the Cafe.

“We are thrilled to be closing our fest with Bhai’s Cafe,” says Chipo Zhou, Manager of DIFF. “Using a light-hearted family film genre, the filmmakers have created a deliciously delightful film that ultimately shows us that we are more similar than we are different, and that quite possibly we, as humans, are more tolerant and embracing that we are led to believe.”

“It was an honour to accept Mehboob and Razia’s invitation to direct this film,” says Director Maynard Kraak whose films include Vrou Soek Boer, Finders Keepers and The Last Victims.  “It was also a personal challenge to do a film with dance and singing, something I’d never done in my twenty-year career.”

“The film is a life-long ambition of Mehboob’s and  a very personal story having grown up in a family that had a similar cafe in Claremont. With the advent of retail giants replacing family-owned general dealers, these bastions of the community are heading for extinction. I also grew up with these family businesses andits isa great shame to see them disappearing. In addition, Cape Town is subject to a worldwide gentrification trend that is robbing areas of their nuance and character.  I believe this universal theme can be enjoyed by audiences throughout South Africa and abroad.”

“We have introduced a romantic subplot with a Bollywood-inspired touch leading to heartbreak, emotion and drama,” explains Razia Rawoot and Mehboob Bawa. “There are Bollywood-styled song sequences with songs composed by Rajive Mohan from Durban, one of South Africa’s top musicians. The lyrics were written by poet Jamal Mukaddam and singer and songwriter Yusuf Bassa. Ultimately it’s a feel-good film, so everything is resolved in the end. But the journey for the characters and the audience is an exciting one filled with lots of humour as well”.

The film will have only one screening at DIFF before it goes on to a national South African big screen release on Valentine’s Day 2020.

The 40th Durban International Film Festival is presented by the University of KwaZulu-Natal’s Centre for Creative Arts and runs from 18 to 28 July.