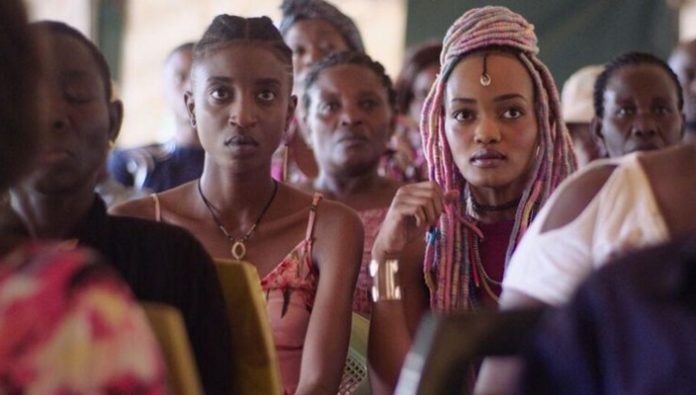 The Cape Town International Film Market and Festival (CTIFMF) has announced its official selection including 80 Feature Films, 20 documentaries and 61 short films for the 2018 edition of the festival. Festival screenings are open to the public and will run from 10 to 19 October at various cinemas within the V&A Waterfront, including free family-friendly films at the Amphitheatre.

The programme is a cinematic feast with some 120 world-class films on show to the public, festival delegates, and the jury. The meticulously curated selection include a significant and diverse array of African content amongst the independent feature films, short films and documentaries on show.

The festival’s Opening Night film is South Africa’s official submission to the Oscars, Jahmil X.T Qubeka’s Sew the Winter to My Skin is an epic existential-adventure film that has wowed audiences at Cannes L’Atelier 2017, and had its world premiere at the Toronto International Film Festival.

Set in South Africa’s rural Great-Karoo region in the 1950s, the film chronicles the exploits of the outlaw John Kepe and the various individuals his escapades affected. This Robin-hood-esque figure would steal primarily livestock from the white settler farmers, terrorising them for over a decade. Led by the hardliner General Botha, a mammoth manhunt ensues in the mountain where Kepe was rumoured to occupy a Noah’s Ark like cave.

Kenya is especially well represented by two films; the much celebrated film Rafiki from the multi-award winning director Kanuri Kahiu, along with the beautifully moving Supa Modo, directed by Likarion Wainaina.

Rafiki (“Friend”) was inspired by Ugandan Monica Arac de Nyeko‘s 2007 Caine Prize Winning short story Jambula Tree; Rafiki is the story of friendship and tender love that grows between two young women, Kena and Ziki, amidst family and political pressures. The film had its international premiere in the Un Certain Regard section at the 2018 Cannes Film Festival.

Supa Modo tells the story of a young girl whose dream of becoming a superhero is threatened by terminal illness, inspiring her village to rally together to make her dream come true. This uplifting debut film from Likarion Wainana has won seven awards in various international film festivals.

Tanzania’s award-winning director Amil Shivji’s film T-Junction is a poignant tale of Fatima who makes an unlikely friend at a hospital, Maria. Bound by pain, Fatima keeps coming back to hear Maria’s tale of the T-junction where she found love and loss in a ragtag community.

Ghana’s entry into this year’s festival is Peter Sedufia’s film, Keteke that tells a story focused on the 1980s rail service system in Ghana. A couple living in Puna, is bent on delivering their first baby in their home town Akete – but they miss the train, what will happen?

I am not a Witch is set in Zambia, the birthplace of writer-director Rungano Nyoni, and revolves around a 9-year-old girl, Shula who is accused of witchcraft.

Amongst the 10 South African feature films in competition is Captive (Ko nkanga), from director David Kabale that tells the story of an immigrant woman, who after moving into her aunt’s house, experiences sexual abuse at the hands of her in laws. She must now make a choice of whether to submit or fight. Joseph Jones Umba’s Epiphany is a thoroughly modern story. After a clerical insemination error, an acquiescent woman must choose between her conservative husband and a child that has eluded her for so long.

Included in the selection is also a strong contingent of women filmmakers, including the world premiere event for the film Cut Out Girls, a Cape Town-made South African film from director, Nicola Hanekom that is is loosely based on her award-winning stage play that deals with the uneasy subject of date rape. The Wedding Ring from Niger is Rahmatou Keïta’s second feature film and slowly reveals itself as a story of female empowerment that also doesn’t shirk from the uncomfortable realities of Western influence on African cultures.

Florence Ayisi’s  latest documentary Marie Madeleine: A Female Chief from Cameroon tells the story of the repercussions that take place when a woman is enthroned as chief in a small village in Cameroon.

Other African documentaries being screened include award-winning South African director Rehad Desai’s, Everything Must Fall. The film is an unflinching look at the #FeesMustFall student movement that burst onto the South African political landscape in 2015 as a protest over the cost of education. Having its world premiere at the CTIFMF will be another South African documentary, Hear My Music- the Dizu Plaatjies Story from director Ron Stuart. The documentary tells the story of local musical hero, Dizu Plaatjies, the scholar and cultural activist who has devoted his adult life to indigenous African music. Whispering Truth to Power, from filmmaker and human rights lawyer Shameela Seedat, tracks Thuli Madonsela, South Africa’s first female Public Protector, as she builds her second case against the country’s President, Jacob Zuma. This is documentary filmmaking at its most relevant and powerful.

Kinshasa Makambo by Dieudo Hamadi from the DRC as well as the award-winning New Moon from Kenyan filmmaker Philipa Ndisi-Herrmann, are also amongst the selection.

Once again, the CTIFMF is proud to present a series of films focused on LGBTQ stories from around the world. This diverse selection of films speak to the diversity of experiences from within the LGBTQ community and yet also resonate strongly with universal themes of love, acceptance, and self-discovery. The South African premiere of the film Kanarie will take place on 10 October. The film, directed by Christiaan Olwagen and starring Schalk Bezuidenhout has won numerous awards.

Set in South Africa in 1985 against a backdrop of apartheid, religion and war; Kanarie follows a teen boy, Johan Niemand, who has always been bullied in his small town for his flair for British new wave music and love of Boy George. After he gets called on by the military and auditions for the Kanaries (the South African Defence Force Church Choir and Concert Group), he believes the choir will be his ticket out of fighting the war, but he begins to see the role he plays in the oppression and injustice around him.

The Nigerian/UK co-production Walking with Shadows will have its world premiere at the CTIFMF and is based on the novel by Nigerian author Jude Dibia, the film tells the story of a man who has to come to terms with his dark secret and choose between keeping his family or accepting a life of possible loneliness and rejection.

Within the 61 short films in selection are 17 South African films as well as films from Zimbabwe (Give a Man a Mask and He will Tell You the Truth), Togo, (ViZa), and Egypt, (Red Velvet and Major Tom).

South African shorts include award-winning director Reabetswe Moeti’s Mma Moeketsi that stars Keketso Semoko known for her role as Ma Agnes on Isidingo. She is a domestic worker from rural Lesotho working for a suburban family in Johannesburg. Her son, Moeketsi, is an illegal miner at the North West mine. In the wake of the wage strike, Moeketsi’s phone is off and he is nowhere to be found.

Fatima is a short from a South African director (Imran Hamduly), that tells the story of a young woman who defies her family’s wish to enter into an arranged marriage and suffers a tragic consequence thereof. Masqerading: To Hell and Back is Sofia de Fay’s bittersweet tale of a letter written by a 58 year old Cape Coloured drag queen Sandra Dee, to her best friend, Samantha Fox celebrating their complicated 30-year friendship. The letter takes us on a funny and poignant journey through their shared memories.

Another notable film is Cast Iron Can’t Be Welded, a short set in rural South Africa during the 1970’s and directed by Buks Rossouw. A farmer transporting a broken cast iron stove learns something about humanity from a hitchhiking schoolboy – but only after dropping him off.

This year’s official video can be seen here. For a full list and information on all the feature films that will be screening at this year’s CTIFMF, visit the website.

The Cape Town International Film Market and Festival is proudly hosted by the City of Cape Town.