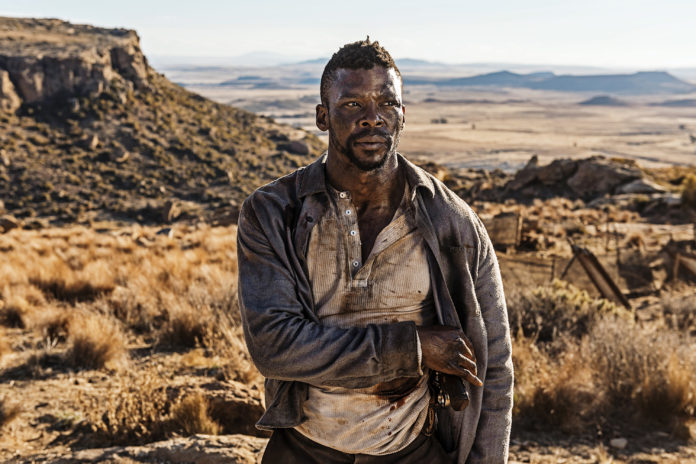 When modern-day South African western Five Fingers for Marseilles, set in the rugged badlands of the Eastern Cape, premiered at the Toronto International Film Festival (TIFF), film review site Screen Anarchy reported: “Director Michael Matthews and screenwriter Sean Drummond know the language of the western genre well enough to give it due place: wide angle shot of a beautiful, empty landscape, which speaks to both the wildness of this end of the line place, and the people who cling to it, even if the future seems less than hopeful for change.”

Since then, the film has been receiving rave reviews at festivals around the world. After it screened at Fantastic Fest in Austin, Texas, in late September, a festival review spoke of the world of the film as “a gorgeous, complex world,” calling Five Fingers for Marseilles one of the most striking debuts of recent years, and naming it part of “a wave that will completely redefine the international perception of what African cinema can be.”

“Five Fingers represents a new style of film production for South Africa and we are excited by the very positive reception it has had from different audiences, says Drummond. “In Toronto, it was described as one of the best westerns of the year and one of 2017’s most compelling debut features.”

The film portrays the reality of South Africa in the style of the Western, highlighting issues of issues of racism in a post-apartheid society, using the conventions of the western genre, such as the wilderness, trains, outlaws, and life-endangering fights. It stars Vuyo Dabula, Kenneth Nkosi and Jerry Mofokeng.

It tells the story of Tau, a troubled young outlaw – one of the Five Fingers gang – who returns to the town he fled as a youth and is forced to confront his past (and the town’s difficult future), while also finding a chance for redemption. Filmed in Sesotho, the story takes place in Marseilles, a town in the rugged Eastern Cape.

The Five Fingers are a fictional group of young fighters that fought against police brutality in the small rural town of Marseille more than 20 years ago. When Tau returns to Marseilles seeking a quiet pastoral life, he finds that the town is once again under threat, and is need of heroes once more.

In October, the film headed to the Busan Film Festival in South Korea where it caused a buzz. Busan is the most prestigious film festival in Asia and was presided over by Oliver Stone this year.

The next stop for the film was the BFI London Film Festival, where reviewer Keith Shiri described it as “a deftly-constructed, Western-inspired drama, whose thrilling and intensely raw tone is made more breath-taking by the stunning backdrop it unfolds against.” He added: “With its excellent cast, led by a superb central performance from Vuyo Dabula, Five Fingers for Marseilles is a tension-driven drama, building inexorably towards a climactic, ‘High Noon’-style showdown.”

Hollywood has also given the film a nod, with Variety saying, “the film commands attention with a deliberately paced and well-observed story that focuses on, among other things, the inescapable influence of the past and the unavoidable corruption spawned by ambition.” The magazine added that “Five Fingers for Marseilles turns out to be an impressively effective and engrossing cross-cultural hybrid that has a great deal more than novelty value going for it.”

Five Fingers for Marseilles will be released in South Africa in April 2018 by Indigenous Film Distribution.

Five Fingers for Marseilles was awarded Best South African Film in Development at the Durban FilmMart’s finance forum in 2013. Produced by Drummond and Matthews’ Be Phat Motel Film Company and Yaron Schwartzman and Asger Hussain of Game 7 Films, in association with Stage 5 Films and Above the Clouds, it was also made possible with the support of South Africa’s National Film & Video Foundation and the Department of Trade and Industry, with additional services from Dupa Films.