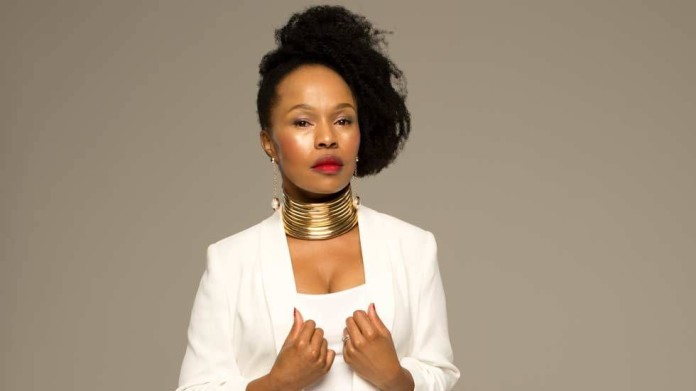 If heart-stopping, nail-biting, gasp-for-air television is for you, then you won’t want to miss The River. The flagship telenovela of the new M-Net channel 1Magic (DStv channel 103) The River is a thrill-a-minute showstopper that balances the tightrope between soapie and drama.

The series is spearheaded by a formidable cast made up of seasoned actress Sindi Dlathu, alongside Hlomla Dandala, Don Mlangeni, Moshidi Motshegwa, and newcomer Larona Moagi amongst others. The River sees two different but interdependent worlds collide in spectacular fashion. One side of the river is populated by society’s upper crust in exquisite mansions who will go to any lengths to maintain their wealth. The other world is inhabited by the exploited “common folk” who constantly toil with little to show for it.

Dlathu plays Lindiwe, a polished and astute mining magnate whose stilettos have squashed anyone who dared stand in the way of her wealth. Moagi is Itumeleng, the young character from the “poor” side of town who wants to put an end to Lindiwe’s ruthless gluttony, often at the expense of her beloved community.

Courage and cunning eventually collide when they cannot put their differences aside, resulting in an endless body count. A story of ill-placed love, greed, betrayal and blood bonds. The show promises to be gripping television.

M-Net director of Local Entertainment channels, Reneilwe Sema commented on what viewers can expect, “The River is just the type of drama that fans have been waiting for. The storyline combines the allure and ruthlessness of the business world, with the raw essence of township struggles, making for the type of storylines our viewers love. The seasoned cast is sure to bring this intricate story to life in every episode.”

The River starts on Monday, 29 January 2018. The series is produced by Tshedza Pictures and will premiere on 1Magic (DStv Channel 103), every weeknight at 20h00.