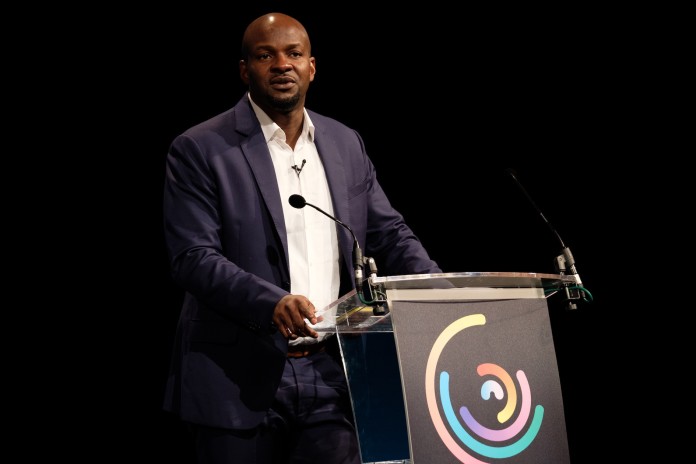 World Bank reports that while the number of children enrolled in schools in SSA Africa is growing, the region currently has 30 million children not receiving any form of schooling, in Nigeria that statistic is 11.4 million.
Speaking in step with the keynote address by Britain’s Prince William, Okosi highlighted the network’s commitment to development through “empowerful” content. He shared case studies of Nickelodeon’s education initiatives which featured financial literacy, mathematics and science for primary school kids. He also highlighted the MTV SHUGA project which together with the MTV Staying Alive Foundation has improved knowledge, attitudes and behaviours related to family planning, contraception, gender-based violence, transactional sex and HIV prevention. The series reaches 720m people via 180 channels globally.

Okosi concluded with, “The most important question I have for you today is how can we all work together to help truly create a global Generation U that is inclusive of all the children in the world?”
Curated by the BBC and held in Manchester, UK, from 5 to 7 December, CGMS 2017 focused on five themes: education, empowerment, entertainment, innovation and freedom. The Children’s Global Media Summit brings together creatives, technology innovators, policymakers, executives and thought leaders from around the globe to inform and redesign the future of media for Generation U and explore the impact that digital technology will have in children’s futures.