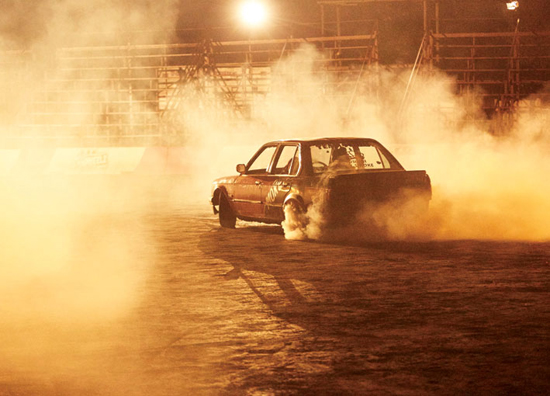 iNumber Number, the film which brought Sdumo Mtshali, winner of talent search competition Class Act, his film break will soon be taking over the small screen as a drama series by production company Quizzical Pictures.

Set in the township of Alexandra, Johannesburg and its urban juxtaposing settings in Yeoville and Houghton, “The series is a mixture of gritty and sumptuous – because of the story and where it is set,” explains executive producer Harriet Gavshon.

The series promises to be action-packed with all the drama and suspense, guns, squibs, car chases and shoot-outs that one can expect from a crime-thriller TV series. With this in mind, two Sony FS7 cameras were selected to shoot the series: “They handle handheld very well and can shoot up to 4K which we needed for the action sequences.”

Gavshon expands: “The series is being shot on two cameras with easy rigs – so it has a handheld feel, like the original movie, to give it a sense of immediacy. But it is not as stylised as the movie – we adapted the style to appeal to a television audience and for the small screen. It’s a different proposition but hopefully as exciting and tense as the original movie.”

Mzansi Magic viewers can expect to see the first episode of iNumber Number the series on 9 July 2017.