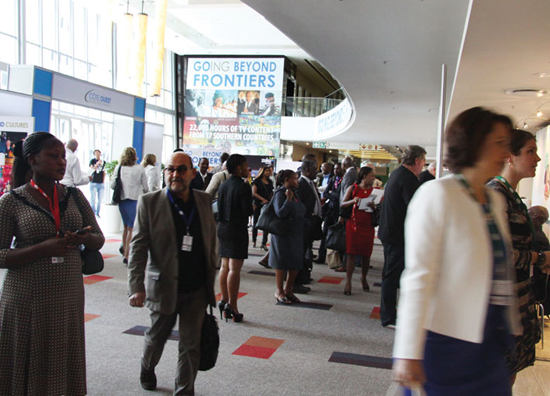 Digital Lab Africa (DLA) debuted last year as part of the DISCOP Africa markets. As we gear up for the second edition of the Lab this year, we take a look at how last year’s category winners are doing after undergoing a 6-month incubation programme and find out what’s to come at the 2017 event.

DLA aims to nurture and grow African talent and conceptions in the categories of Transmedia, Web Creation, Virtual Reality (VR), Video Game and Digital Music. “The Digital Lab Africa was launched at DISCOP Abidjan 2016 by the French Embassy in South Africa, Trace TV and DISCOP. This initiative provides exposure for African creators of multimedia and multi-platform content. It is essentially a ‘pitching competition’ providing mentoring, internship and market access opportunities to young talent,” says Patrick Zuchowicki, the founder of DISCOP markets.

“The response was overwhelming (more than 500 submissions were received in 2016) and the quality of the finalist’s and runner-up projects was astounding enough to pursue the Digital Lab Africa initiative and provide even more exposure to creators, producers, designers, start-ups, and students with innovative projects,” Zuchowicki says.

All participants were awarded an invaluable residency in France, where they were mentored and hosted by leading French media companies in their specified creative fields.

Round Round has since collaborated with DLA mentor, Antoine Cayrol from Okio-Studio in Paris to create the first ever VR co-production between France and South Africa, while the series Area Daddy and Reborn have attracted potential partners and investors from various international media companies.

Off the back of the undeniable popularity and success of VR content at the recent DISCOP Abidjan market, this year’s DLA programme at DISCOP Johannesburg is set to spotlight VR innovations.

“VR and Transmedia content production was an important part of the DISCOP Abidjan market with 1086 delegates in attendance, a lot of business deals, and the announcement of major co-productions between Francophone TV content producers from Africa and international players. The main deals were between RTI (Cote D’Ivoire Public Broadcaster) and ZEE TV (India) and TV5 MONDE (France),” shares Zuchowicki.

As part of the VR programme at the upcoming DISCOP Johannesburg event, a new technology pavilion will be installed to showcase VR equipment and manufacturers. There will also be a VR cinema by INVR.SPACE from Germany: “Germany is our guest country this year and is also one of the most active country-partners benefiting from film and TV co-production agreements with South Africa,” says Zuchowicki.

Masterclasses focused on VR content development and distribution, as well as discussions regarding the future of VR in Africa with leading VR producers will be another one of the highlights scheduled to take place during the DISCOP markets. A full list of the programme with details of the headlining guest speakers and VR producers will be available on 31 July 2017.

“We feel that VR content production will become a very important part of our DISCOP markets, both in Abidjan, Dubai and Johannesburg. One that will allow us to bring together the worlds of content and new technologies – two worlds that are very, very difficult to bring together under one roof. African content producers and creators will play an important role in the global VR ecosystem as they begin to use immersive VR technology to develop documentaries, educational material and marketing campaigns. Up until a couple of years ago there was an absence of African home-grown VR content. Things are now changing and global companies who are at the beginning of the widespread VR adoption are already looking into Africa to find new talent,” concludes Zuchowicki.