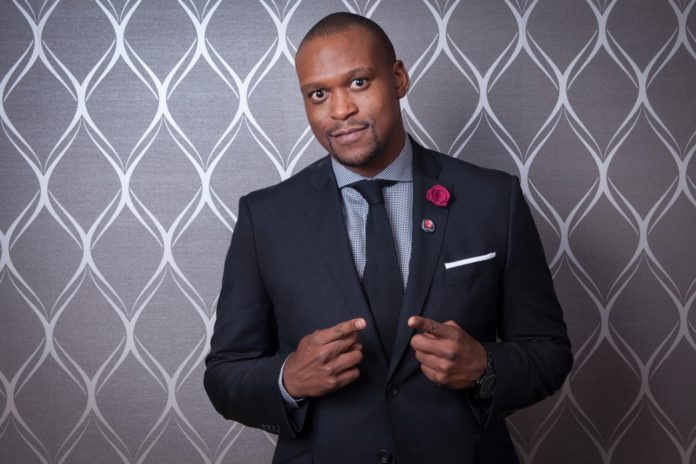 Lockdown was the most awarded drama at the 2019 SAFTAs, where the story of Thabazimbi Women’s Correctional Facility took home five awards, including Best Drama. With Season 5 currently streaming on Showmax, we caught up with creator and director Mandla N, who won a SAFTA in 2018 for the Lockdown script and was nominated in 2019 for directing Side Dish.

Tell us a bit about your background and how it shaped you as a director.

I grew up in Soweto. What shaped me as a director is that I’ve had the best of both worlds. I went to a township school all the way to Grade 5 and then moved to a school in the suburbs. So I understand the mass market and the highbrow market.

When I joined Gang of Instrumentals, we performed everywhere, which really opened my mind up and helped me understand the different individuals in South Africa.

What inspired you to create Lockdown?

In every township, there’s always that mystery about prison. You grow up and see a lot of people around you going to prison and coming back, but it’s hush hush – they don’t talk about it. So I’ve always been fascinated by prison stories. It’s a huge fear in a lot of men’s lives. We’ve seen male prisons on screen before, but we hadn’t seen a female prison in South Africa. Yes, we’ve seen that on Prisoner and Orange Is The New Black, but not locally.

You were an actor on shows like City Ses’la and Ses’Top La before you became a director. How has this helped you as a director?

Before Lockdown, you were primarily known for comedy. Was it a difficult transition from comedy to drama?

Lockdown was my first drama and a lot of people said, ‘Mandla, you won’t crack it; you’re a comedy guy.’

But it’s not that different – everything is storytelling. Drama is about understanding rhythm and beats. No matter what story you tell, comedy or drama, timing is everything. So you apply the principles of timing and narrative.

If you watch Lockdown, there are elements of comedy, so my style is definitely still there.

You were a member of Gang of Instrumentals. How has your experience as a musician impacted you as a director?

Music for me is 50 percent of the picture. I pay a lot of attention to music. I am a musician. I edit to music. I write my own scores. I also create music. When I direct, I know the timing for people to hold moments, because I’m creating the beat in my own head as I’m directing, so I can tell them to look up, or look down, at exactly the right beat. So music has really helped me in directing.

Talk us through your approach to cliff-hangers, which Lockdown is renowned for.

Cliff-hangers are everything. A lot of people say they’re not coming back for this but they do, because we leave them on the edge of their seats. Lockdown isn’t easy viewing, but it is addictive viewing. We make the decisions on where to put the cliff-hangers in the writing process. I don’t leave cliff-hangers to the end of every episode; I also leave them at the start of every ad break. I know exactly how to play the combination of cliff-hangers, music and actors from a directorial point of view; it differentiates me within the market.

At the 2019 SAFTAs, four of the six Drama acting nominations for women went to Lockdown cast members: Dawn Thandeka King won Best Actress as Mazet, ahead of her co-star Zola Nombona as Monde and International Emmy nominee Thuso Mbedu, while Lorcia Cooper won Best Supporting Actress as Tyson, ahead of her co-star Pamela Nomvete as Governor Deborah Banda. Talk us through your approach to casting.

Bad casting can really kill your picture. I spent about eight months casting Lockdown. I didn’t go to the agencies; I had castings inside the townships. Authenticity is everything and I wanted to depict real people.

Prison is a gritty, dirty, grungy world and we can‘t glamourise that. So when you see the ladies in prison in Lockdown, you think: “This person could give me a run for my money.”

Now that it’s on Showmax, Lockdown is going to be available to binge for the first time. How does that make you feel?

The fact that people can binge all ten episodes – it’s a bittersweet moment. Every Sunday and Monday were Black Brain Mondays and Sundays, as people would talk about that week’s episode. I know that timing is going to change now. But the whole format of creating content is changing, so you have to adapt. Change is always good.

What is the key to creating a successful TV series in South Africa?

You have to know the market. You have to understand the landscape of South Africa. At the end of the day, it’s easy to create a world that will exist for one season, but how do you make sure viewers don’t get tired of that world and can still relate to it over five, six seasons? It’s about understanding that we live in a diverse country, and catering for that in your writing, in the types of languages, in the balance of languages. You have to understand the different shades of black people, coloured people, white people. It’s about casting a man from KwaMashu; not just a Zulu man. The more different you make those shades, the more South Africa appreciates you.

What’s next for Mandla N?

I’m writing a film and then I’ve got a new series coming to Mzansi Magic that I’ll be shooting in the first half of the year.