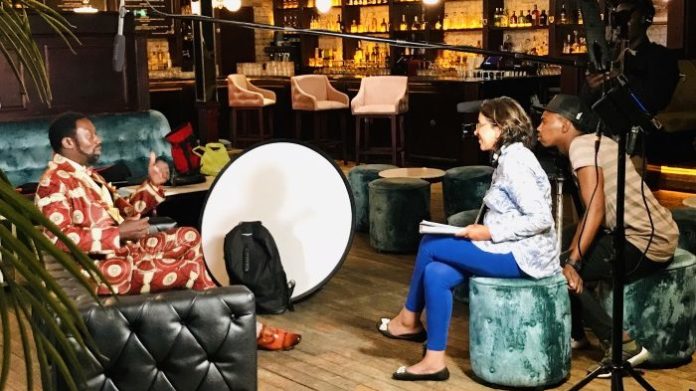 Whether a secondary or tertiary education graduate, entering the film industry poses dynamic challenges mastering the life, occupational and entrepreneurial skills required to survive and thrive in this arena – especially given South Africa’s historic legacy.

There is no substitute for hands-on, experiential, ‘learning-by-boing’, in-service training experience under mentorship – offered through the SA FILM Academy (SAFA) on local and international productions.

Given its unrivalled geographic, architectural and natural diversity and world-renowned, professional film crews, the South African film and TV industries at large and the Western Cape industry, in particular, have enjoyed a sustained surge in local and international productions in the face of increasing global competition. The advent of streaming services such as Netflix, Hulu, Amazon and HBO has just stirred the creative cooking pot.

To retain and grow this international reputation, keep pace with this growth and development and to continue to provide a diverse, representative, globally-competitive trainee, intern, crew and Head of Department resource base, there needs to be sustained skills development and a constant infusion of emerging, committed, professional talent.

Besides offering a bridge between education and employment and a window of opportunity to people entering the industry, SAFA’s main foci are film industry social, economic and environmental transformation through human resource development.

One of the biggest impediments to employment and career advancement in the film and television industries, especially for people from disadvantaged communities, is lacking a drivers licence – or access to the resources to obtain one.

The aim is for people in the film and television industry to have a free and equal opportunity to obtain formal training and a driving licence as a competitive advantage entering the industry.

The aim is monitoring, motivating, radically reducing, calculating and reporting a given production’s carbon footprint, to assist the film industry to compete on a global platform as a powerful example of environmental sustainability in the South African business sector. In so doing, we wish to create employment, protect the environment, save and build a solid foundation for the future.

The programme aims to help train and equip pre-selected offenders in film and TV content generation, production and allied cross-sector skills while they incarcerated and pending release on parole. They will then continue in-service training with the SA FILM Academy on release, receiving possible employment, career opportunities and reintegration into society and the economy.

As part of the global democratisation of content generation, and in partnership with the NFVF and the National Lotteries Commission, amongst others, SA FILM Academy trainees and alumni are afforded the opportunity to produce their own content for distribution via the World Wide Web. A dedicated YouTube creative content platform, called Kwaai City, offers `Filmpreneurs’ the opportunity to create and promote their creative genius as well as providing the world with a window into South African culture, traditions, quirks, humour, history, local content and creativity.

In partnership with the MICT Seta, as well as private sector-funded, professional productions, SAFA trainees, interns and alumni have produced a number of behind-the-scenes EPKs on productions as diverse as Black Sails, Saints and Strangers, The Widow and Riding with Sugar.

THE FUTURE IS IN YOUR HANDS

The SA FILM Academy commits itself to helping create that vital window of opportunity for people entering the industry.

Those who are smart, passionate, proactive, disciplined and hungry to learn will potentially find a firm foothold in a tough industry.

The future – after all – is in their hands.