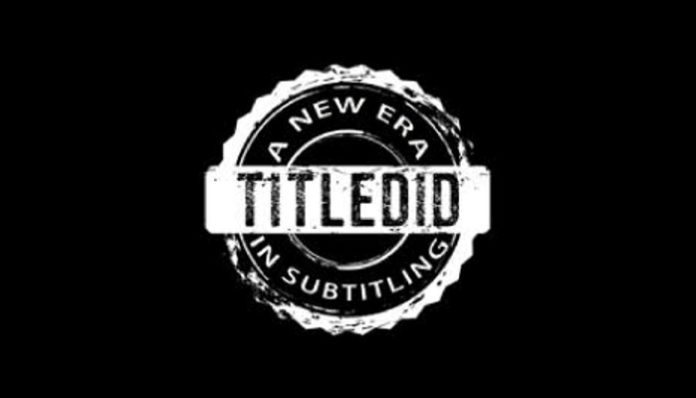 True specialisation is a scarce resource in the South African film and television post-production landscape, but this is exactly what Johannesburg-based subtitling company TITLEDID offers its clients.

As Kate Mpshe (operations director) and Ntsiki Ntshongwana (managing director) explain, the company was formed in 2016 before moving into Sasani Studios in 2017. Since then, TITLEDID has moved away from a freelancer-based model to include two full-time employees to assist the dynamic duo of Mpshe and Ntshongwana, who first started working together more than eight years ago doing translating and subtitling for Isidingo.

Now with an impressive list of regular clients – including Isidingo, Makoti, Impilo: The Scam, Connect, Uzalo, Imbewu, Date My Family, Please Step In and many others – Ntshongwana says that moving into Sasani Studios, which is nicknamed ‘Soap City’ for the amount of different shows that are produced there, has “helped put us on the map and allowed us to demonstrate to production houses what we are able to do.”

“SUBTITLING IS NOT TRANSCRIPTION”

While often considered an ‘after-thought’ by many producers, Mpshe tells us more about the art of subtitling.

“The one thing we wished more people understood,” she says, “is that subtitling is not transcription. Especially with new clients, they often expect to see a word-for-word translation on the screen – but that actually defeats the whole purpose of subtitling, because it becomes distracting for the viewer. You still want them to watch the story, not read the screen. This problem is then made worse in the case of viewers who are hard-of-hearing; it becomes impossible for them to engage with anything else that is happening on screen.”

Of course, while this has an important visual component, there are also many subtle creative decisions that need to be made about the language of the translation along the way.

Ntshongwana explains TITLEDiD’s workflow: “We watch the show first to make sure we are familiar with the story and the context of what is being said. Then we subtitle line-by-line, and – once we finish – we always make sure to do a last watch, checking every word we’ve put on screen. In the film industry, you’re only as good as your last job – and so quality control is really important to us.”

Delving more deeply into the creative aspects of the job, she says: “We live the stories. We put ourselves inside the stories – asking yourself how the character would say a certain line – but then through the translation process, you also take the viewer’s perspective because you understand the need to make the subtitles simple and understandable.”

These subtle complexities mean that – in a post-production landscape that is increasingly dominated by software, AI and machine learning – the job of subtitling remains relatively free of automation.

“We can’t rely on working from the script,” Ntshongwana says. “And you should never rely on an ingest system. You have to work with what’s on screen; you have to listen to what the performers have said and find the right way to put it across. Creative decisions can happen on set, and – in the context of South African shows – performers will often use vernac, and so you need a human ear that understands the context to translate it accurately.”

Mpshe echoes these thoughts, saying, “We have a lot of languages in South Africa, and so – to their credit – most programmes switch from language to language to reflect this social reality. In recent years there has been more of a drive towards multilingualism and towards letting performers speak in a way that is true to the character they are portraying.”

Ntshongwana says that producers should be mindful of this trend – and ensure that they properly budget for subtitles. “I would be great if producers would budget for subtitling instead of treating it like an afterthought. You know that the broadcaster requires subtitles, and you know that subtitles will help your movie travel to different audiences, so make sure you have enough in the budget at the outset for a professional job.”

With all 11 official languages able to be translated in-house, and with their processes streamlined over years of experience – allowing them to turn around a feature-length project in just eight hours – the two say they are proud to be known as one of the fastest and most accurate subtitling company in the business.

For more information about TITLEDiD and their subtitling and translating services visit their website.