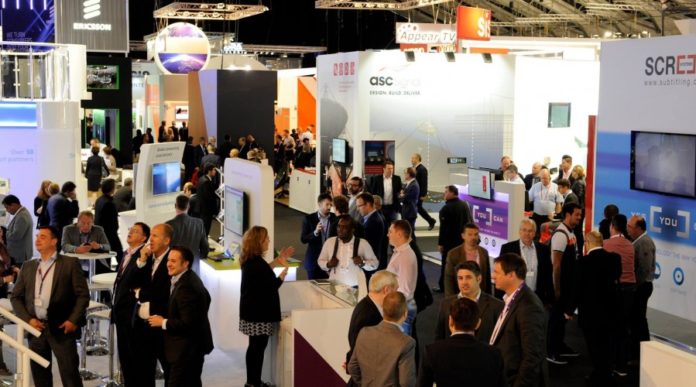 September is nearly upon us, where does the time go? It’s a month of changes: for us in the southern hemisphere it’s the announcement of spring; for our friends up north, the start of autumn; and, more importantly, the start of the world’s most influential media, entertainment and technology show – IBC2019.

The IBC theme this year is ‘See it differently’, an apt theme considering that broadcasting is going through an immense amount of disruption, thanks widely to new technology and consumer viewing habits.

This year’s show is slightly different, in that IBC has decided to align the dates of the exhibition and conference so that they will now both take place from Friday, 13 September through to Tuesday, 17 September 2019. Until now, the IBC Conference always started a day earlier than the Exhibition, on the preceding Thursday. Over the five day conference, 1,700 delegates and guests from across the globe will hear from an outstanding line-up of 300-plus speakers, enjoy fantastic networking opportunities and be inspired to embrace the changes in our industry together. The exhibition expects to draw a crowd of over 55,000 attendees.

This year’s IBC conference programme features some of the foremost thought-leaders, innovators and policy-makers in their fields and covers a wide breadth of topics. The programme will explore new strategies, business disruptors and future technological progress, and will hopefully reveal the future roadmap of the industry.

Top of my list from the conference sessions is a peak into business disruptors YouTube on their content creation and monetising of the channel, with a keynote speech from Cecile Frot-Coutaz, Head of YouTube EMEA. YouTube has largely been about user-generated content shot on mobile phones. But large viewing figures and big sponsorship deals have seen some YouTube stars become increasingly more professional in their approach to video production, creating competition for traditional broadcasters. The desire for instant-access content on YouTube, as well as a growing number of other platforms, can be an opportunity for broadcasters, giving them a new outlet and way of engaging their audience.

Another not-to-miss from the conference programme will be the Global Gamechangers session on Friday 13 September. Here, you’ll have the opportunity to meet the pioneers of creativity and innovation and be inspired and informed by the greatest creative, innovative and future-facing talents making headlines across the global stage. The Global Gamechangers will debate the future of the industry as they consider where revenues will come from, the creative challenges facing content makers and how broadcasters can remain relevant in a future dominated by digital media.

Always fully booked in advance, the IBC2019 Big Screen Programme focuses on how innovation in tech is allowing us to bring stories to life like never before. This year you will be able to gain from insights from creative and technical deep dives, and from cinematographers to colourists involved in the production of hits like Toy Story 4 and Games of Thrones. A world-class forum where creativity meets tech, the Big Screen programme allows us to hear from the talent behind the camera on everything from cinema and big event programming to boxset dramas and an in-depth look into the tech bringing this content to our screens.

Outside the IBC2019 conference doors – which contain over 50,000 square meters of exhibition space, over 1,700 exhibitors and over 55,000 attendees made up of innovators, key decision-makers and press – you’ll get the opportunity to discover adjacent technology and sectors, and catch up with the latest developments in broadcast and how they can fit into your future media plans.

One of the major areas of interest will be Artificial Intelligence. Is AI still hype or is it really the next big thing? At last year’s IBC, the Future Zone looked at how Augmented Reality (AR) and Virtual Reality (VR) had already had an impact on the broadcast, media and entertainment industries. This year, with both technologies having dramatically improved, there’s a wider look at existing projects and new ways that AR and VR can impact broadcasting, for creators and viewers alike. From the creation of virtual objects in a TV studio, to complete virtual sets, AR is already a big part of many broadcasts. Looking to the future, many believe that high-speed 5G mobile networks will create new opportunities for AR and VR, creating new ways of telling stories and delivering immersive narrative experiences.

Other hot topics will no doubt be Cloud Production, Cyber Security, High Dynamic Range (HDR) and one of my personal favourites, Esports. Esports is already a billion-dollar industry and all signs point to it growing rapidly over the coming years. With this potential comes fresh challenges, such as how to create interesting stories from in-game streaming. Esports was introduced at IBC2018, but the focus will be much larger at this year’s show. For the first time, IBC2019 is hosting the IBC Esports Showcase designed to give attendees an insight into this growing area. From managing the complexity of production to delivering an Esports broadcast, the Esports Showcase will host a live Esports tournament to demonstrate the techniques, trends and technologies required to bring this exciting new form of entertainment to life.

Something that has been in the headlines – be it good or bad – is the implementation of Mobile 5G networks. 5G networks are starting to be switched on across Europe, with plans to rapidly expand coverage. Offering broadband-like speeds, 5G is a revolutionary new type of mobile network that makes high-speed internet access possible for mobile devices. For broadcasters, 5G can offer a complete portable transmission solution, even delivering 4K video streams. For consumers, 5G can be used for streaming high-capacity content, such as with Barcelona Football Club, which has used 5G to embed wireless 360-degree cameras throughout the Nou Camp stadium, streaming the video to home fans using VR headsets. I have no doubt that 5G will be bigger than ever and a talking-point long after IBC finishes.

IBC organisers say that this event is the world’s most influential media, entertainment and technology show – and they aren’t wrong. It’s set to be a goodie, and offers everything from new product launches to opportunities to engage with customers old and new and to meet up with your broadcast colleagues as well as all the industry leaders. IBC 2019 is heading to Amsterdam, and – as they say in Dutch – “zie je daar.”