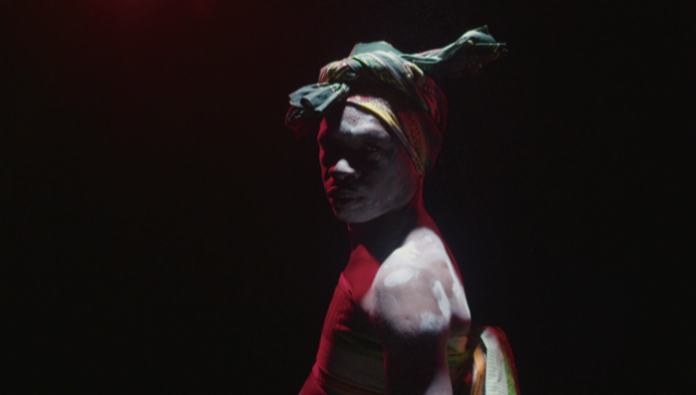 Mozambique was under Portugal’s control for over four centuries before gaining independence in 1975. Since then, many stories have been told about the country’s past and post-colonial state, but none as visually entrancing as Sara Gouveia’s musical documentary film, The Sound of Masks. Screen Africa spoke to Gouveia about what went into the making of the film…

Gouveia spent most of her early years living in Portugal. As a creative and curious young girl, she enjoyed expressing herself through visual and performing arts. However, it was only later in life – while pursuing her studies in visual arts – that her interest in filmmaking surfaced.

“When I was 18 I moved to the UK to study visual arts and that’s when I started experimenting with photography and video. I instantly fell in love with both mediums… In 2007 I was invited to study for an MA in Photojournalism and Documentary Photography, so I took that opportunity, which took me to China for a year. In 2008, I moved to South Africa and I worked on a documentary film with Angela Ramirez and Calum MacNaughton called Mama Goema: The Cape Town Beat in Five Movements (2011). I would say it was after we finished that film that I decided I wanted to pursue filmmaking as a career and I haven’t looked back since,” Gouveia shares.

In 2013, Gouveia and some of her industry peers decided to open their own film and video production company – Lionfish Productions – in Cape Town.

Lionfish has produced a variety of projects over the past six years but the documentary film, The Sound of Masks, has been their biggest undertaking thus far. The idea for the film came about in 2011 after one of Gouveia’s many trips to Mozambique. “I was interested in working on a project that looked at colonial history, since I grew up in Portugal, so there was that historical connection,” she says. “I felt we had been told a narrative in Portugal that didn’t seem to reflect what I had seen in southern Africa or how people in Mozambique perceived the Portuguese, so I started to question that Euro-centric version of history.

“When I met Atanásio and his dance group they spoke of that history through their work, so it seemed fitting to make a film with them,” she explains. Atanásio Nyusi is a legendary Mapiko dancer, a compelling storyteller, a father and a librarian who Gouveia was first introduced to when Nyusi’s dance group, Massacre de Mueda, performed at the Out of the Box Festival in Cape Town in 2011.

“I was intrigued by their performance, which was a mix of traditional and contemporary dance, music and theatre, and I was particularly captivated by the way Atanásio directly addressed the audience, asking uncomfortable questions, kind of like saying, ‘Let’s not forget’,” expresses Gouveia.

In The Sound of Masks, Nyusi performs the enchanting Mapiko dance – the traditional masked dance of the Makonde that originates from the north of Mozambique and Tanzania. “The masks can represent anything the sculptor feels inspired to create, such as men, women or even animals and the lipiko (dancer) represents a spirit,” Gouveia expands.

The Mapiko dance has evolved with each generation. Nowadays it is used as a catalyst for social commentary and is also performed during initiation rites of passage, as well as in various celebration ceremonies.

In the film, Gouveia delves into Nyusi’s life behind the masks, revealing his beliefs, fears and aspirations as a father and a custodian of the Mapiko tradition.

“Atanásio’s journey is emotional. He’s trying to leave a legacy as an artist and his plight in promoting Mapiko in a contemporary context is inspiring, but he has also realised that he has perhaps failed to pass this knowledge down in his own home. That becomes clear when he says he feels indebtedness towards his son. This is the moment he realises the growing distance between the two of them and all the stories he could have shared with him; sometimes we don’t notice things until it’s too late. These aspects of Atanásio’s life converge to comment on the tension between past and present, tradition and modernity, in a radically shifting country.”

Through Nyusi’s journey, the film explores significant events in Mozambican history and what remains today. These stories are told by ex-combatants that Nyusi spends time with in the Zona Militar in Maputo – an old military neighbourhood.

“The neighbourhood was initially an area of Portuguese military headquarters and during the war it was occupied by Mozambican combatants. This was a central area of the city with access to hospitals, schools, supermarkets and other facilities that made life easier for soldiers. The group of Makonde combatants in the area made a point of keeping their traditions alive and, these days, one can still find Mapiko being performed under the large mango tree, usually during specific national commemorations or during the initiation rites, when the place comes alive,” Gouveia shares.

The area is also where Nyusi and his group hold their dance rehearses. Most of these dancers are descendants of the ex-combatants and use the dance to teach the newer generation to keep their heritage alive.

In 2013, Gouveia and her small team from South Africa commenced production on the film. She says that she imagined the film having two story-worlds: “the first was the vérité-world, where we see Atanásio in his day-to-day life, and the other was the oral storytelling world, where his art, memories and traditions come together to tell mythological stories that also teach.”

The archival material used in the film was obtained from different sources including INAC (Instituto Nacional de Audio-Visual e Cinema), ZIMMEDIA, Moving into Dance Mophatong, RTP and Notícia, as well as from the personal archive of both Atanásio Cosme Nuysi and Paolo Israel.

The film was shot on the Sony FS7 camera with some sequences shot in 4K. “(It) offered us great slow-motion options, which for the dance sequences was a must. You can also record sound into the camera, which is wonderful,” says Gouveia.

The studio sequences were filmed in Cape Town at the Höerskool DF Malan. The rest of the film was shot periodically on various trips to different parts of Mozambique. Additional scenes were shot on the Unity Bridge across the Ruvuma River, on the border between Mozambique and Tanzania.

In 2017, Gouveia partnered with a Portuguese production company named Ukbar Filmes: “I showed them a very rough cut of the film then and they saw the potential and jumped on board… They managed to find finishing funds in Portugal, which allowed us to wrap the film in November 2018, just ahead of its premiere at IDFA (International Documentary Film Festival Amsterdam).”

In terms of post-production duties, Khalid Shamis handled the offline edit: “I wanted to work with him for two reasons: firstly because he is a really talented storyteller, and secondly because he is familiar with Mozambique and I thought it would be beneficial to have someone who knows the energy of the place in the edit room,” says Gouveia.

Tiago Correia-Paulo, a Mozambican musician and songwriter, created the soundtrack for the film. Online was done in South Africa and Portugal by the respective production companies.

The Sound of Masks had its world premiere at IDFA and its African premiere at the 2018 Marrakech International Film Festival.

The film is screening at the Durban International Film Festival (DIFF) – currently running until 28 July – where it is competing in the Documentary Film section, and all this after making its first appearance at the Durban FilmMart in July 2014, where it was awarded the Most Promising Documentary Pitch.

Most noteworthy, The Sound of Masks will make its way to Mozambique for the Maputo Fast Forward Festival happening in October later this year.

“The film really comes down to connecting past, present and future: knowing the past, to understand the present and to imagine the future,” concludes Gouveia.