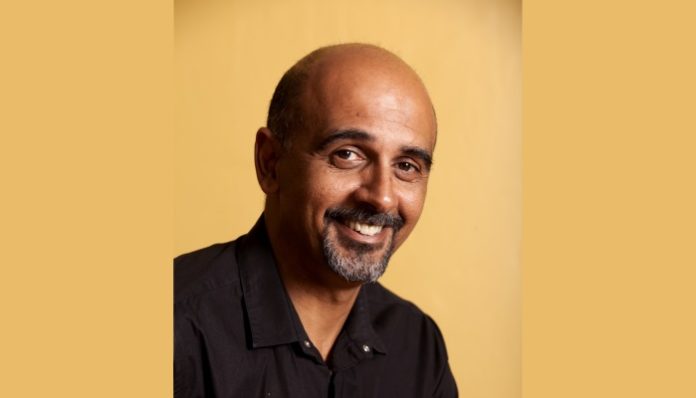 I grew up in the UK with lots of good-quality TV. My father loved cinema; he was at one time a circuit manager for Avalon Group. As a kid, I was fortunate enough to go to Saturday morning pictures and then, in my early teens, to be at the cinema almost weekly. By the late-1970s, we saw the new wave revolution in cinema come to the fore. The form and content was fresh, urgent and often radical. Films like Bertolucci’s 1900 blew me away, while weekly documentary programmes like World in Action and Panorama helped shape my value system, while showing me how powerful TV and film could be.

You’ve worn many professional hats in your life, including current affairs journalist – what informed your decision to become a filmmaker?

The few years I spent in the late-1990s producing and directing TV inserts for current affairs programming provided invaluable experience, allowing me to rack up the TV hours on my CV. This gave me the confidence to tackle short TV docs, mainly for Special Assignment. I then decided to bite the bullet and try my hand, first at a TV hour, and then expand into feature-length documentaries over time. It was a hard transition both professionally and financially, but I was ambitious and deeply interested in the endless possibility and freedom that documentary film provided. Watching Raoul Peck and Werner Herzog’s body of work was instrumental in this decision. I have stayed the course because I remain more convinced than ever about the immense power of emotional truth.

You are well-known for directing and producing hard-hitting socio-political documentaries. Why do you choose to produce projects of this nature?

I have largely chosen to produce and direct stories that I personally find riveting because they prompt compelling questions and can make significant social impact. Uhuru Productions has found a niche in this sort of work, but the company has made lots of different types of work over the years, including award-winning local drama and quality advocacy docs. Uhuru continues to make TV docs on an array of subjects. This has kept me open to both directing and producing a diverse array of work, including fiction and even film ideas that are not generated internally.

Producing films like Miners Shot Down and Everything Must Fall requires you to gain access to those at the centre of these struggles. How do you go about this?

You have to build trust with people and often this takes time, as people need to feel comfortable with who you are. So finding characters is a two-way thing, and you need the right chemistry. Sometimes people cannot get over their own mistrust of you, and vice-versa, so moving in is what is required. Patience and persistence are two qualities that all documentarians must have.

What has been the biggest challenge you’ve faced as a documentary filmmaker?

I have had a number of challenges. Surviving financially was and, at times, continues to be a challenge, as someone who works primarily as a green fields documentary film producer. But material obstacles can always be overcome if you are diligent. The biggest challenge is spiritual, in the sense that you have to continually believe that you have something worthwhile to say to the world about the world.

What has been the highlight of your career as a filmmaker thus far?

The privilege of making the film about the Marikana massacre in 2012, perhaps the most important event in our post-apartheid history.  The Miners Shot Down experience was humbling and also tremendously energising, showing me the raw power of storytelling and vividly illustrating how film can play a significant part in creating social change. The film garnered 28 local and international awards, perhaps one of the most celebrated South African films to date.

With Everything Must Fall currently screening on Showmax – in your opinion, what value do streaming services hold for African filmmakers?

Streaming is the future of TV and at presents provide another platform where the film can be seen at the viewer’s leisure. The revenues for streaming and VOD are still small but they are rising as the number of services are multiplying and creating more international exposure for films from Africa.

Can you tell us what you’re currently working on?

The title of the film is How to Steal a Country. It’s a documentary film that primarily tells the story of the Guptas and, by doing so, of the emergence of the shadow elites and the shadow state that is haunting large parts of the world. The film is set for release at the beginning of 2020.

How do you hope to be remembered in the industry?

An approachable and humble person who makes riveting films that inform, entertain and inspire, and which leave us feeling a little more intelligent about the how, who and why of the world.