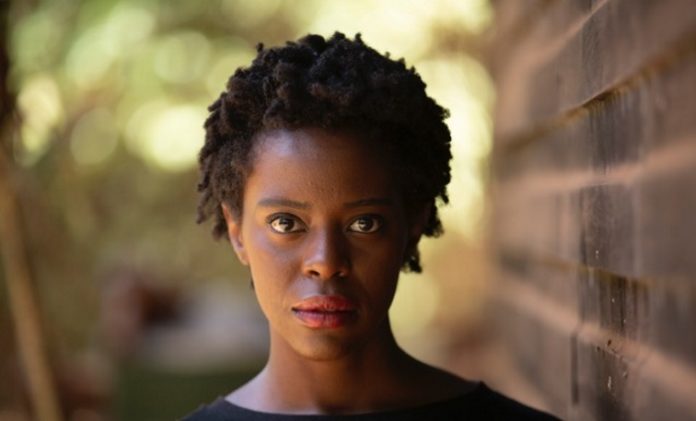 The African continent is rich in minerals. Unfortunately, large mining corporations have exploited these resources for many decades now. This often comes at a high price for those who live in these communities and has detrimental effects on the environment.

In 2017, with the assistance of German-based Good Karma Fiction, Country Queen was created in a writers’ room comprising 10 Kenyan creatives with diverse experience in visual storytelling.

“Our first creative writing workshop was in 2017 and lasted for ten weeks. In the end, we had the character manual and a rough third draft of the pilot episode… Our second workshop started around nine months after the first had ended. We had the task to critically revise what we had done and polish the third draft to become the shooting script. This process took around two more months,” explains Ehrhardt.

“Apart from that, we had different experts in our workshops whom we bombarded with our questions. Among others, Dr. Linda A. Oucho and human rights lawyer Edwin Adoga Ottichilo,” Ehrhardt shares.

When Eco-Rock, a prominent mining firm descends upon the quiet village of Tsilanga with its eye on the village’s vast gold reserves, it causes uproar in the community. Despite the villager’s scorn, cold-hearted mining mogul Vivienne, played by Nini Wacera, stops at nothing to get what she wants. When Nairobi IT girl Akisa (Melissa Kiplagat) returns to Tsilanga when her father falls ill, she takes on Vivienne in a fight for the land and the truth.

An elaborate casting process took place in October last year at the Nairobi National Theatre, with over 150 well-known actors and emerging talents auditioning to be part of the first Kenyan-German TV series production. “Akisa, our lead, played by Melissa Kiplagat, was called back twice to assure us that our gut feeling was right. Melissa had only played in a web series so far. Once we had the Country Queen ensemble together, we did a two-week camera acting workshop, which added some extra intensity and preparation for the shooting,” says Karmalker.

Country Queen is produced by Good Karma Fiction in partnership with the Kenyan production company, Tililiz Pictures. The pilot episode was shot by DOP Andrew Mungai, under the direction of Vincent Mbaya, and took place from 7 to 25 January 2019.

While the pilot of the series is still in its post-production stage, the pilot trailer has captured the interest of Kenyan and global viewers.

“It had over 6,000 viewings on YouTube within just a couple of days without anything specific done by us and we received a load of feedback on social media, of which 99 per cent ranged from very positive to euphoric. Most of the people are thinking it will be a Kenyan movie and they are ready to pay for the ticket. Indeed we are creating a series with a truly cinematic look,” says Obrist.

“As executive producers and showrunners, we want to create a thrilling, dramatic and yet highly emotional series that breathes Kenya and Kenyan life and authenticity in every single moment,” adds Ehrhardt. “This became possible by the input of ten young Kenyan creatives from different backgrounds that worked on the pilot episode. Right from the beginning, we decided on original sets for the shooting to make the story even more real and tactile for the audience.”

While Country Queen was first envisioned as a telenovela, the team later thought a high-end drama TV series would be a better fit.

“High-end TV series today tend to go hand-in-hand with a cinematic look and in order to be able to comply with the technical requirements of international SVOD services you have to shoot in 4K,” says Karmalker. “We shot on two Canon EOS C200 cameras with Canon Cinema Prime Lenses, filming in Cinema RAW Light,” she adds.

For the pilot, editing was done by Kenyan editors Mercy Mkaiwawi and Aleks Kamau. However, for the title sequence and the trailer, Franki Ashiruka from the Africa Post Office handled the editing.

The development of the narrative and the pilot of Country Queen has been funded by the Federal German Ministry for Economic Cooperation and Development, and the projects have also been supported by the Deutsche Welle Akademie.

In late March, Good Karma Fiction marketed the series at the Kalasha Market in Nairobi, as well as at Series Mania in Lille, France. The organisation is still looking for more financiers for season one of Country Queen.

“We hope to have secured funding until the end of the year and can start preparing shooting immediately in 2020,” says Karmalker.

Through the universal storyline, the team behind Country Queen hopes to create awareness and affect positive change in African communities facing similar problems.

“Selling out and leaving your land to so-called great opportunities like gold mining is a short-sighted, destructive perspective for humankind and nature, and it doesn’t pay off. Instead, for example, organic farming can be a constructive and sustainable path to make a decent living. Country Queen will show viewers how to be courageous, fight for your land and your future rather than giving up and migrating to the cities,” Obrist concludes.