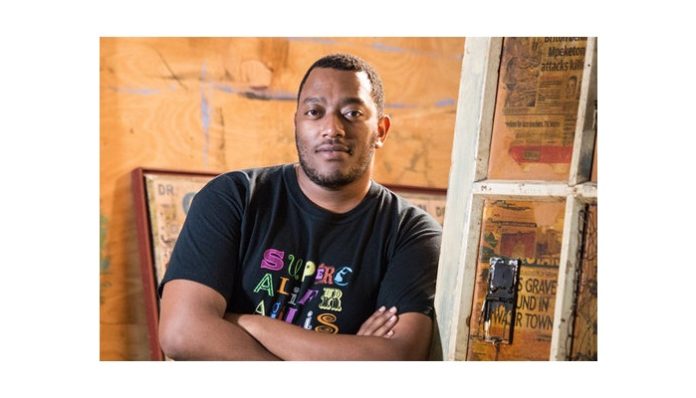 Supa Modo has become so successful, becoming the most-awarded film in Kenya and a critics’ favourite. Did you anticipate this success when you were directing this film?

Definitely not. We are extremely grateful for the awards. It’s always a good feeling to know that your art is appreciated but it was never our end goal. We just wanted to do a film that shows us as Kenyans. Who we are. Who we can be. I don’t want to be the kind of filmmaker who makes movies just so I can chase after awards because then you lose the meaning of being a filmmaker and you begin to compete with yourself, to always one-up your previous film.

How has this movie made you grow as a film director and as a filmmaker in Kenya?

It’s definitely helped me gain a deeper understanding of the Kenyan and international markets. Getting feedback from a lot of Kenyans really shows where the heads of Kenyan audiences are. And I can tell you that African audiences are definitely hungry for their own stories, so I hope to continue doing more African stories.

Just A Band’s Makmende is cleverly inserted into the movie as both music and art, what informed this decision?

We were looking for local films to show in the cinema for Jo, our lead character, to watch. When I got in the industry, I was a huge fan of Just A Band and their music videos. So when we reached out to one of the members, Mbithi Masya, and he agreed for us to use their most famous music video, I was ecstatic. K1 also makes an appearance as Makmende and I was a huge fan of the character. I wanted to make a Makmende movie so this was the next best thing.

What scene that was the hardest to direct? Why?

The hardest was the Jo death scene, when we had to film the scene where the mother and daughter are grieving. It was difficult because we were all so emotionally invested in the characters. There was such a heavy emotion over the set and everyone was crying and I couldn’t call “cut” because even I was choking up. That was difficult, when I knew I needed to do another take. After two takes we couldn’t film anymore. We were all emotionally exhausted. Definitely a tough day on set.

Marvel or DC? Do you have a favourite superhero? Did you channel any superhero when directing Supa Modo?

Well, I will not pick any side because I hope to work with either of those comic houses in future, haha. There was no specific hero I attached to when filming. For me, it was the spirit of what it means to be a hero that I channelled throughout the filming.

Given a chance to work with Lupita, which type of movie would you create?

I am not sure if working with her or anyone else will change how or why I create the stories that I do, but I am sure both of us can come up with something unique.

Supa Modo didn’t have as much time in the theatres as it should have. Now that it’s streaming on Showmax, can you comment on the opportunities that streaming services provide to content-makers in Africa?

We had about 12 weeks at the cinema, not a small feat. And still with all those weeks, there was still a large number of Kenyans who hadn’t watched the film. The good thing about streaming platforms is that it gives us filmmakers a larger reach with our films. I heard some people even watching Supa Modo on their phones on the go. Now, that is so awesome.

Where is Likarion Wainaina’s imagination taking us next?

Well, I can’t go into details – but some projects are brewing up. The beauty of doing film is that you start off with a simple idea of a drama and next thing you know you have aliens in it… Maybe I’ll do a project about aliens… Oh yeah, definitely maybe.