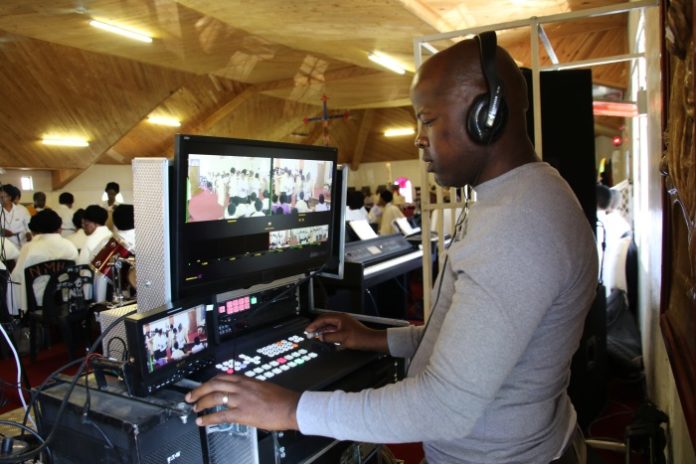 Sicelo Maduna is a videographer from Mthatha, located in the Eastern Cape of South Africa. After two years as an exchange student in Germany, he returned to rural South Africa and has grown a part-time video business into an established and well-known local video production company.

On 17 July 2018, he provided video coverage of the Nelson Mandela Centenary Lecture. This was held at the Walter Sisulu University Auditorium in Mthatha, and was part of global celebrations to celebrate the 100th anniversary of the birth of the anti-apartheid hero, on 18 July 1918. The guest speaker was Kenyan academic Professor Patrick Lumumba.

Msuthu (as he is widely known) used a Datavideo SE-2200 6 input switcher. This has been built into an integrated solution – comprising screen, comms and tally and recorder – by the South African Datavideo distributor, Macro Video.

Msuthu previously used a 4-channel Datavideo SE-700 – also built into a mobile video solution by Eric Wiese, director of Macro Video – but Msuthu prefers the features of the larger SE-2200. This mixer is, moreover, unique in that it has six inputs and six outputs, allowing it to function as a matrix, as well. Msuthu comments: “The SE-2200 is very versatile as it allows logos and comes with free CG-200 software. I am very happy with my integrated portable solution, as it saves time with setup on location.”