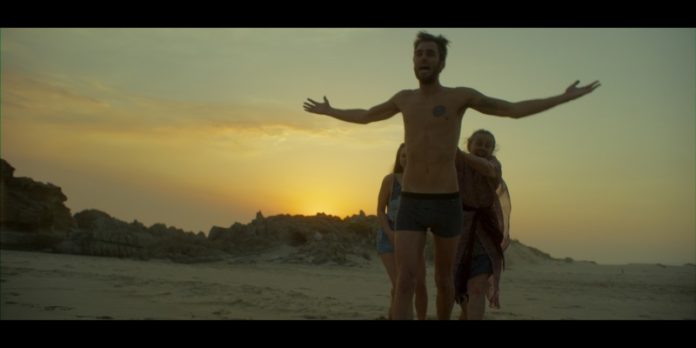 On average, 14 to 18 men die of suicide every day in SA – this is the headline of a City Press article, published in November 2018.

“We’re alarmed by the increasing number of men who take their own lives in South Africa and around the world,” said founder of the Men’s Foundation, Garron Gsell, in the same article, which goes on to state that the number of South African men dying by suicide every day is three times more than the number of women – while, globally, three out of four suicides are men.

It’s not that women are not struggling with depression and mental illness. The difference is that women are more likely to talk about their problems and ask for help, while men very rarely seek help.

Palama Productions producer, Niel van Deventer, is hoping that Skemerson – a new feature-length film, written by Pietie Beyers, and co-produced by van Deventer and Beyers – will change this narrative, or, at the least, spark much-needed conversation on the subject.

Based loosely on Beyers’s struggle with his own mental health, the film follows a young man who decides to take his own life. He stands on the Bloukrans Bridge, about to meet his fate, when he hears a laugh. This is the beginning of a weekend that changes three lives forever, when a woman, her frail mother and the young man meet serendipitously.

“It is about a weekend in the lives of three people. A young man battling mental illness contemplating ending it all, an older woman, dying of cancer, and her daughter, with whom she is ticking off a lot of bucket list items,” says van Deventer. “They meet by chance, but the wisdom bestowed upon him by this wise old women ultimately makes him change his mind and helps him to make the decision to seek help with his problems. It is a story of facing your fears, accepting your fate and coming to the realisation that there is help if you just seek it.”

Having previously produced the critically-acclaimed 2015 film, Dis Ek, Anna – which deals with child sexual abuse – van Deventer has since chosen to attach himself to films that highlight under-represented social ills. “I think we have a platform and a voice and we should use it wisely,” he comments. “The impact that Dis Ek, Anna had made me decide that I will forever try and be involved in projects that can make a difference, even if it is just in the life of one person who sees what we have done and decides to seek help or comfort.”

Pietie Beyers stars as the troubled young man, Anneke Weidemann plays the young women he meets, with Elize Cawood as her ailing mother. Van Deventer explains that there was no official casting call held, all three talents were selected by the team beforehand: “We knew what we wanted and what all of these people can bring to the project, so we approached them with our script and were very thankful when they agreed to join us.”

“Because it has been a dream of Pietie’s to make this film,” van Deventer continues, “he was attached to star in the lead from the outset. Supporting him is the timeless and brilliant Elize Cawood and Anneke Weideman, who we last saw in Katinka Heyns’ Die Wonderwerker and who has actually given up acting and pursued her dream of becoming a doctor. We were very fortunate that she decided to come out of retirement and grace our project with her presence.”

Principal photography took place over just three weeks in October last year. Shot by DOP William Collinson, on location in the Eastern Cape, Skemerson marks Philip Rademeyer’s feature film directorial debut. “I approached William Collinson – a very talented, young DOP – to collaborate and I am so glad that I did so. He used the beauty of the scenery to our absolute advantage creating feelings of loneliness and isolation so craftily,” comments van Deventer, who describes the film as “a visual feast”.

Collinson shot the film on the Red Dragon with Zeiss Prime lenses. “It [the Red Dragon] is extremely versatile and we were able to shoot in 6K, which helped with the vastness of the landscape we tried to capture,” says van Deventer. Editor Christiaan Scheepers oversaw the post-production process, with online done by Shaun De Ponte at Oxyg3n Media in Johannesburg, and sound design and final mix by Paul Vermaak.

An independent production, Skemerson was financed with the assistance of leading South African pharmaceuticals company, CIPLA. “They are a pharmaceutical company that really cares and they were developing a campaign to bring over a similar message and us approaching them to get involved was almost serendipitous. Their support throughout the process has been incredible and hopefully we can do some similar projects together in the future,” comments van Deventer.

“The local industry currently is in a volatile state,” he continues. “There aren’t many avenues to explore to get films funded and made, and the ones that there are, will obviously be looking to make more commercially viable films. This might be changing soon, though, with at least two SVOD platforms coming here soon and starting to commission. The true value of a culture lies in its arts. I firmly believe that the only way for us to take our films further is by doing more ‘artsy’, hard-hitting productions, with moving scripts that are done on a world-class level and packaged and sent to festivals all over the world.”

Van Deventer says that the message of the film is that it’s okay not to be okay. “Every single person that I know has at one point or another in his or her life been affected by mental illness. If we can get the message across that you are not weak when you seek help, that will be something that resonates with everyone,” he concludes.