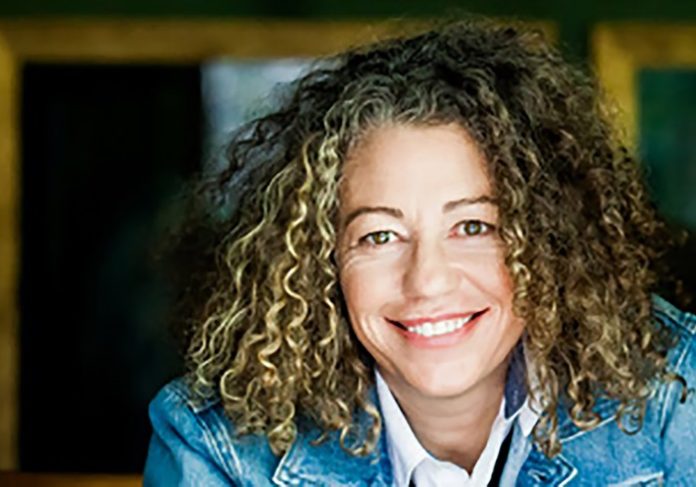 Star Films director Cindy Lee has, over the years, brought South African audiences some of their most-loved commercials. Most recently, she co-directed Showmax’s first original drama series, The Girl From St Agnes. The daughter of legendary casting director Moonyeenn Lee, Cindy chatted to Screen Africa about her love of storytelling…

WHAT IS YOUR BACKGROUND AND HOW HAS IT SHAPED YOU AS A DIRECTOR?

Once upon a time – a long, long time ago – I started out as a copywriter at Hunt Lascaris. For 12 years I wrote commercials and slowly became that creative, the one whom directors hate, the one who sits right on top of them and tells them how they should be doing their job. The one who has to be kindly removed by a few words from the producer. When I realised that I wasn’t going to be kindly removed, I decided that I may as well try and direct myself.

WAS A CAREER IN TELEVISION/FILM PRODUCTION ALWAYS THE PLAN?

No, not in the beginning. Writing was always the plan. But I’m a television junkie. I love a good drama, a good mystery.  And slowly I realised that telling a story in 30 seconds just wasn’t going to satisfy my need for drama. I don’t do anything in small measures.

WHAT KIND OF CONTENT DO YOU ENJOY CREATING AND WHY?

I love a good story that moves people. A story that gives us hope, that makes us want to stand up and do something. That makes us talk and debate and question. I love stories about people who defy the odds and come out triumphant. I love sad stories with happy endings. It’s hard to get my hands on these kind of commercial boards. Unfortunately, there are not a lot of them out there.

WHAT ARE SOME OF YOUR FAVOURITE COMMERCIAL PROJECTS THAT YOU HAVE WORKED ON?

I directed a PSA commercial for Orange Babies that I really loved. It was beautiful, raw, compelling, heart-breaking and had an important message behind it – one that could make a difference to the lives of hundreds of people. I also love a commercial I directed for Capfin. It was about real people and how a small loan can change the course of their lives. I recently directed a commercial for Coke for the FIFA World Cup that was about a young boy who was desperate to find his final sticker for his Nigerian Super Eagles team collection. Again, it was moving and uplifting and made you warm all over.

APART FROM DIRECTING COMMERCIALS, YOU WERE THE SOCIAL MEDIA DIRECTOR ON THE CRITICALLY-ACCLAIMED TV SERIES BLACK MIRROR – WHAT EXACTLY DID THAT ENTAIL?

Joe Wright directed the episode entitled Nose Dive which was all about social media. There was a lot of social media involved in the story, like the character’s Facebook and Instagram pages, social media videos, etc., and they needed someone to conceptualise the pages and videos for the characters and then direct them. So not only did I get to work with Joe Wright, but I also got to work with Alice Eve, Bryce Dallas Howard, Alan Ritchson and Cherry Jones. And when I wasn’t working, I was on set watching these masters in action.

YOU HAVE RECENTLY CO-DIRECTED YOUR FIRST SERIES, THE GIRL FROM ST AGNES. WHAT HAS BEEN THE BIGGEST CHALLENGE FOR YOU IN MAKING THE TRANSITION FROM COMMERCIALS TO TV?

Actually, it’s my second series. I also directed three episodes of Sober Companion a couple of years ago. The biggest challenge has been time. There just isn’t enough of it. We are really spoilt with commercials. We get time to treat, time to craft, time for pre-prod, time to craft, time for post, time to craft. If I need four edit approvals to get it right, I get four edit approvals. Television in South Africa is very different. It’s a fledgling industry and hasn’t been mined yet. Because of that, budgets are tight, so we have to shoot very quickly – which means not enough time for pre-production, shooting or post-production. So less time to craft. But I feel that it’s changing. This production had more time than the last one. And Showmax knows what they’re doing and keeps pushing to get the best out of you. But it has taught me to think quicker, act quicker, think on my feet more – especially on set. I’m very proud of this show. I believe that even with time against us, we have produced a fantastic show that everyone will be talking about.

WHAT DREW YOU TO THE GIRL FROM ST AGNES?

First of all, it was a Showmax production so I was excited to do a local drama with them. I was also excited to work with Harriet Gavshon, the producer from Quizzical Pictures. Not only was the show close to her heart, but I knew I would learn a lot from working with her. So I knew that this time round, I would be in good hands. And then there was the script, which I thought was great. It had me from the moment I started reading it. I couldn’t wait to find out who did it. The scripts couldn’t come fast enough and that’s a good sign. The show doesn’t pull any punches. For once, it’s not your typical South African cookie-cutter content. It’s not afraid to discuss anything, to broach any subject. The themes are diverse, and the characters are damaged. In other words, they’re real. We have such talented actors and actresses in this country and I was excited to work with them on a project that lasted more than 30 seconds.

WHAT VALUE DO VOD & SVOD PLATFORMS, LIKE SHOWMAX, HOLD FOR THE AFRICAN FILM INDUSTRY AND EMERGING FILMMAKERS IN PARTICULAR?

I think it’s a very exciting time for the African film and television industry. Audiences can now dictate what they want to watch and are able to customise their viewing preferences and hopefully that is skewed towards local stories. Because the average attention span is down to eight seconds, we have to be able to produce material that is interesting enough to keep the audience hooked. And we need to adapt as we go. Because of the demand, emerging filmmakers will have more opportunities to tell their stories. But for [these platforms] to be as successful as [they are] in the rest of the world, we have to improve our internet speeds and get our data costs down.

WITH CONSUMERS OF ALL AGES FAVOURING BINGE-WATCHING ON DIGITAL PLATFORMS, WHERE DO YOU THINK THAT LEAVES TRADITIONAL BROADCAST MEDIA CHANNELS?

I don’t believe they’re in trouble just yet – only because of the debilitating data costs of digital streaming.  But audiences are tired of paying for things they don’t want to watch. And they don’t want to wait a whole week to watch the next episode. And they want to be able to watch whatever they want, when they want. So unless traditional broadcasters adapt and adapt quickly, by making their material more interesting, less regulated and more local – and by making their content on-demand, on all devices – they will soon be in trouble.

ANY PLANS TO DIRECT A FEATURE FILM IN THE NEAR FUTURE?

I would love to. I just need to find, or write, the story I want to tell. It will have to be something close to my heart. That kind of commitment isn’t a job, it’s a love affair. I have realised that the amount of time and energy that goes into doing long-form work means that you have to love what you’re doing, and want to tell that story with every ounce of your being or else you’ll never do it properly. It may even be the death of you.

WHAT NEXT FOR CINDY LEE THE DIRECTOR?

I would love to do more television. Especially with more money. More time. But in the meantime, I’m back to directing commercials. I have started an initiative called Shadow Us, which gives emerging female filmmakers the opportunity to shadow me, or anyone on the Star Films team, on a commercial I am directing. They shadow us from the second we go into production, right through to when we hand over final material. It’s a fantastic opportunity for women wanting to get into the industry. I want to get other directors to follow suit so that we can give more women more opportunities. The South African industry is still very male-dominated. And, as they say, #TimesUp.

IF YOU WEREN’T A FILMMAKER, YOU WOULD BE?