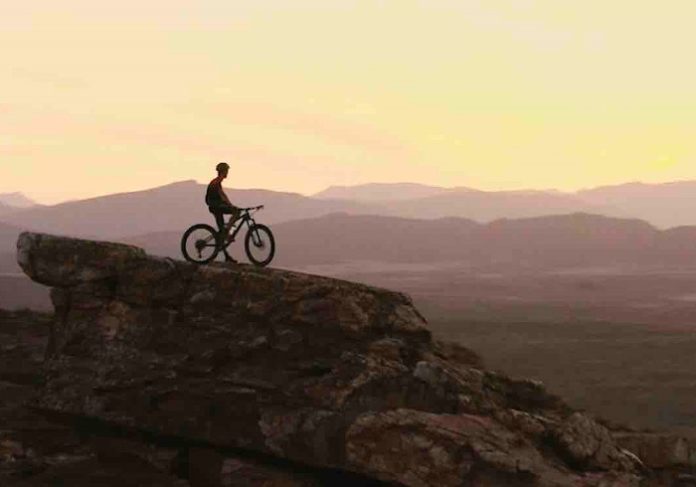 Spur Steak Ranches, Ninety9cents (99c) and 7Films recently collaborated to produce a proudly South African campaign about how working together in the face of adversity can make the impossible, possible.

Titled Together Anything is Possible, the campaign tells the emotional true story of how Team Spur’s mountain biker Alan Hatherly overcame adversity – with the support of his team – on his journey to achieving a World Championship win in Switzerland last year. Just eight months before the big event, Hatherly fell off his bike while participating in another race and broke both of his wrists.

Cape Town-based full-service, integrated advertising and communications agency, 99c, was appointed creative lead on the account, giving the agency the mammoth task of overseeing the campaign from conceptualisation right through to execution. The aim of the campaign was to strengthen the brand’s positioning as a unifying force within South Africa, as authentically as possible.

Morné Strydom, creative director at 99c, says that the story offers an inspiring and evocative reflection on Alan’s journey: “We wanted his story to bring to life how the Spur Schools Mountain Bike League has developed and supported children just like Alan in achieving their goals. And to further reiterate how, working courageously together in the face of adversity, anyone has the potential to make the most daunting of goals possible.”

Strydom adds that Spur is moving away from storytelling in the traditional advertising sense, and more towards reflecting the brand’s community impact “in an authentic and hyperreal manner.” With this in mind, the agency and the brand made a joint decision to utilise Spur’s sports sponsorships as the vehicle to convey this message.

“The crux of the concept came from the marriage of two elements – reflecting Spur’s passion for community upliftment through sport and its ethos of bringing people together,” Strydom comments. “This led us to the concept of how unity in the face of adversity can make the impossible, possible.”

Keeping with the brand’s newly-implemented ‘authentic and hyperreal’ position on advertising, the commercial was shot documentary-style, using an assortment of action cameras including GoPros, Drones, Handi-cams and Arri cameras. “We used a lot of point of view and bird’s eye shots as well,” adds Strydom.

Director SJ Myeza shot with four very different cameras to depict the different eras and stages of Alan’s life and journey. Namely, a Super 8mm film camera, an HDV camera, a DSLR/GoPro and the Arri Alexa. “We recreated Alan’s challenges along his life journey, capturing the raw emotion of his World Championship victory. It was crucial for the story to feel authentic, and for us to tell his tale as unobtrusively as possible.”

Filmed over three days at various locations within the Western Cape, including Stellenbosch and Grabouw, the commercial includes actual footage from Spur Schools Mountain Bike League events – the Wines2Whales race and the Magaliesberg Spur MTB League Race – as well as shots from the 2018 World Championship.

Sacha du Plessis, group head of marketing at the Spur Corporation, says: “Sport plays a pivotal role in bringing communities together and giving children early life skills; something that is entrenched in Spur’s DNA. We sponsor over 500 events annually in a multitude of sports across the country and are particularly proud of the 70 000 children that have participated in the Spur Schools MTB League over the last 10 years.”

Du Plessis adds, “We chose Alan’s inspiring story as it captures the essence of a very authentic message: that together, anything is possible. A message supported by our company since the inception of our brand by Allen Ambor in 1967.”

Strydom makes special mention of director SJ Myeza, who sadly passed away last month on 14 January. “This was the last job he completed. Our condolences go out to his friends and family. He was an incredible director and a talented man, and we are honoured to have had the opportunity to work with him.”