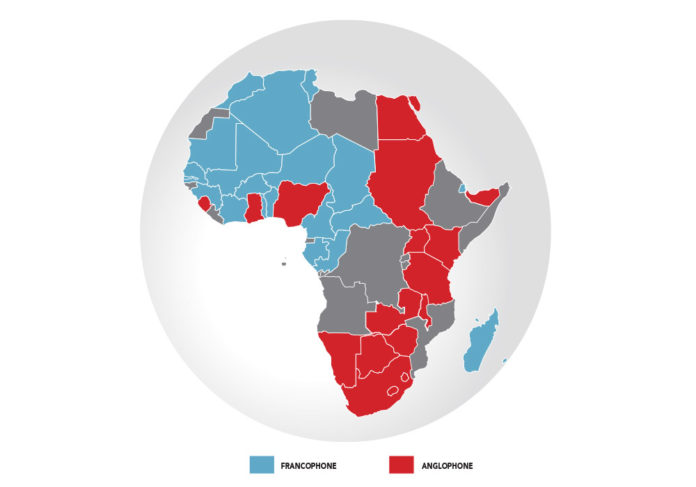 As we head into 2019, and with FESPACO right around the corner, it is well past time that we address the so-called divide between Francophone and Anglophone Africa within the film and television industries.

This issue is one of many that seems to alienate African from African, and it must be overcome, along with other geographic and cultural divides, in order for our industry truly to thrive.

In terms of the particular Anglophone vs Francophone issue, one would think this divisive colonial remnant would be fading away – but instead it is having frightening present-day ramifications, as recent events in Cameroon attest.

Perhaps fuelling these on-going divisions are interventions, such as those by the French government, to expand the use of French in Africa. Last year, French President Emmanuel Macron repeatedly made this call, even while on a visit to Burkina Faso, calling on Africans to help make French “the first language in Africa and maybe even the world in the coming decades!”

According to the UK’s Daily Mail, “The International Francophonie Organisation has forecast that because of explosive population growth in Africa, over one billion people will live in French-speaking countries by 2065, second only to countries that speak English. In Africa, it predicts that French will overtake English by 2050, given stronger population growth in former French colonies that speak the language.”

It is another interesting development that, across the continent, there is also the emerging call for Swahili to become the acknowledged Pan-African language, with South Africa even proposing to start teaching the language in schools.

Whether or not it is necessary or desirable for Africans to speak the same language is arguable. What is clear, however, is that language does not need to be a tool for separating people, and that through creative collaboration, Africans across language and cultural groups have the power to achieve self-expression and representation.

Often criticised for failing in its Pan-African mandate by focusing too strongly on Francophone films, the festival’s selection this year is refreshingly diverse, with nearly half of the 20 features in competition being non-French language films.

Whether this more representative selection has to do with increased support from countries such as Algeria and China – in addition to France, the long-time major funder of the event – is not clear. The Embassy of China in Ouagadougou, the capital of Burkina Faso, has reportedly provided electronic equipment and financial support to the tune of 36 million CFA Francs (about $62,000/R865,000) for this year’s event, and the festival’s on-going partnership with Algeria has been strengthened. FESPACO therefore represents a unique opportunity for filmmakers from across Africa to create lasting and meaningful networks across language, cultural and geographic divides.

There are also other projects aimed at bridging the language divide, one of the most recent being STEPS’ Generation Africa initiative. This new documentary project aimed at young filmmakers has been hosting workshops across Africa in order to create a series of films –in both French and English – that will change the dominant narrative on African migration.

DISCOP Markets, which hosts a Francophone-focused event in Abidjan, has also strongly put cross-language cooperation on the agenda. A number of panel discussions will concentrate on this issue, including a panel specifically focused on Unblocking Co-Productions Between Anglophone and Francophone Africa.

This importance of inter-African cooperation within the film and TV industries will be an integral part of the process of breaking down linguistic and cultural barriers.

It is, furthermore, clear that the long-time reliance on European funding for African films has also fueled the apparent divide between Francophone and Anglophone films. With African producers needing to rely on European donors or funders (often French- or English-language donors), a certain level of autonomy is lost. Although these films often do well internationally, in Africa they are rarely dubbed or sub-titled so that they can be viewed across the language divide, and the funding of these projects may get caught up in neo-colonial agendas such as Macron’s desire to promote French across the continent.

In a recent QZ article, Steven Markovitz (producer of Rafiki, amongst many other African films), Rafiki director Wanuri Kahiu and Etienne Kallos, director of the film The Harvesters (Die Stropers), all agreed that if African countries could work together – through co-production treaties, for example – there would be more control over not only what stories are told, but also how they are told.

Discussions in this direction have been taking place, and were furthered late last year at the Cape Town International Film Market and Festival, when representatives from the Nigeria Film Corporation, the Kenya Film Commission and South Africa’s National Film & Video Foundation met during the Work Café sessions.

It is clearly incumbent on all the players within the film, TV and content industries to look across Africa, across borders, and across cultural, language and ethnic differences in order to collaborate and develop a sustainable Pan-African industry.

I believe that it is only through this kind of collaboration that the industry will ever take its place on the global stage, and it is high time that we start moving in that direction. 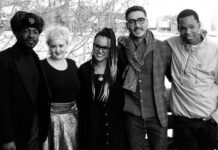