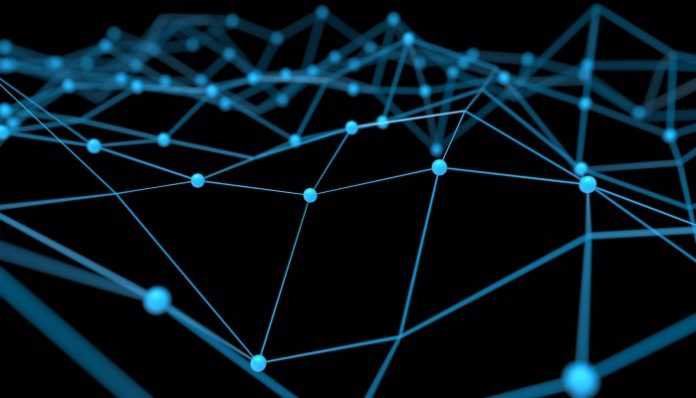 Even those with no interest in financial technology will have heard of cryptocurrencies such as Bitcoin and Ethereum, with stories of their meteoric rise (and sharp recent decline) making headlines this year.

However, these currencies’ underlying technology – known as Blockchain – has, in fact, caused even more disruption within the fintech (financial technology) sector, and promises to have a similar impact on the entertainment industry in years to come.

As Paul Mitchell – Fintech and Blockchain lead at leading professional services company PwC – explains, “Genuine disruption comes when we reinvent business models, and this will be the case with Blockchain, too.”

In this article, we take a look at this cutting-edge technology, which – according to some estimates – is expected to grow from a $210 million annual market in 2016, to a staggering $2.3 billion in 2021.

HOW DOES BLOCKCHAIN WORK?

In essence, Blockchain is a particularly innovative type of ledger.

All financial institutions – such as banks, insurance companies, traders, etc. – require ledgers. They are vitally important, as they allow the institution to keep a record of all its financial transactions. The implications of this extend to the operations of the company, of course, but also to the realms of taxation and other forms of financial compliance.

As the financial industry has adapted to the digital revolution, ledgers have evolved into electronic format. However – and this is the crucial factor about Blockchain – for the most part, these electronic ledgers have remained centralised in storage, ownership and maintenance, meaning that all the transaction records are still kept in one place and maintained by one person or group of people

Blockchain, on the other hand, is a form of distributed ledger.

In basic terms, a distributed ledger is an encrypted database that is shared and synchronised across multiple networks. Technologies such as Blockchain do not operate as single, centralised servers that process calculations and then record the various transactions in the particular institution’s private ledger: instead, the ledger is distributed through a network of (more or less) 1000 different nodes, with every one of these nodes storing a copy of the ledger. When a new transaction is lodged – and a new block is formulated – the different transactional nodes will compete against each other to perform the necessary cryptographic calculations.

Although this is slower than regular payment processing – Bitcoin can process between five and seven transactions per second, while major credit card networks can process up to 2000 – this form of network is extremely resistant to fraud, a key consideration in both the financial and entertainment sectors.

This is because, as opposed to a centralised ledger – where there is one database that needs to be hacked – in order to make any changes to a distributed ledger, you need to subvert a majority of the transactional nodes (51 per cent for Bitcoin; two-thirds for Byzantine networks). Simply changing one ledger entry will not affect a change across the entire network, making distributed ledgers far more resilient to cyber-attacks.

When asked about how businesses can go about implementing this sophisticated technology, Mitchell responds with an interesting perspective on the challenge: “Well, I think the technology is not the hard part.

“When we work with businesses, our concern relates to strategy. This involves introducing partners to the technology of Blockchain, and asking what can it do; what are the implications for your industry; what are some interesting applications emerging in similar industries?”

He describes a time of cross-industry disruption and experimentation, when “playing around” with these new technologies is key to discovering their optimal utilisation. “A lot of industies are at the stage of piloting new ways of doing things,” he says, and explains that the transformative potential of Blockchain turns on the concept of “unique digital assets.

“A unique digital asset, represented as a non-fungible token – or NFT – might be a unique or limited edition musical recording, a piece of artwork, or any other asset. A non-fungible token is a crypto-asset that is non-divisible and unique. The token might be linked to a real-world asset, or represent the relevant value itself, and these can be sold and transferred from person to person on a Blockchain network.”

However, he also points out that once businesses discover an implementation that works – a new way of selling news features, for example – “the technology itself tends to fade into the background, and the business model becomes crucial.”

BLOCKCHAIN AND THE ENTERTAINMENT INDUSTRY

Blockchain has already begun to make the process of sending money across borders cheaper and more convenient – a key innovation on the African continent, where remittance fees can sometimes eat up more than 20 per cent of the transfer value – but its potential to disrupt the entertainment industry extends far beyond this.

“Blockchain as a technology is designed to enable peer-to-peer transfer of value, leveraging consensus-driven networks and cryptography,” Mitchell says. In most sectors of the entertainment industry, “there are many large intermediaries between the producers and the consumers of content. Alongside this is the concern that digital assets need to be protected from illegal copying and distribution. Blockchain-based companies are starting to test new models that might change the current landscape.”

One interesting example of this relates to digital rights management. With its permanent and unfalsifiable record-keeping capacities and decentralised nature, Blockchain could be a global solution to tracking and enforcing worldwide rights and royalty payments. Its potential in this sphere has recently been underscored by Spotify’s acquisition of Mediachain, a digital rights management startup company.

And yet the biggest potential disruption that Blockchain poses to the entertainment industry must be in the realm of direct sales.

Because Blockchain allows for revolutionary disintermediation – while, at the same time, providing a secure and transparent method of recording transactions – it is now possible for artists or production houses to sell media directly to fans, without the need to work through intermediaries such as distributors and subscription platforms, or financial gate-keepers such as PayPal.

The reduced cost of processing Blockchain transactions has allowed for this “microtransaction” model – and this innovation “creates a stronger artist-to-consumer link”, ensuring that the ones who create the content can be directly remunerated by its consumers. Disintermediated transactions of this nature could, potentially, also lead to greater savings for customers as well as higher profits for the creators of content.

According to Forbes magazine (“How Blockchain Can Transform The Future Of Entertainment”), Heap “recently teamed up with [South African-founded] Ujo, a company looking to be the one-stop shop for independent music distribution and payments, to release the first song on the Ethereum blockchain. The concept of smart contracts is at the core of Ethereum and allowed Heap to enjoy absolute control over how she and her collaborators on the track were paid and under what circumstances – for example, buying licenses to download, stream, remix and synch the song.”

All considered, this is perhaps the most attractive feature of Blockchain technology: how seamlessly it blends with current consumption standards.

With viewers and listeners continuing to migrate away from traditional, channel-based consumption, we can expect to see a lot of activity in this space, as the gap between creators and consumers becomes increasingly narrowed by innovative technologies such as Blockchain.

Mitchell says: “The potential for Blockchain to disrupt entertainment and media is huge, and with the pace of development in this space, we are seeing new ideas and new projects emerging week on week.”

He concludes by encouraging businesses to embrace the opportunities that this technological sea-change presents, reminding local players that “It’s about the process as much as the outcome. If you go through the innovation process and you create something new – that’s great – but that thing you’ve created might not work. The point is getting to that thing is a learning and changing process – and creating the ability to be agile and adaptive is as important as what you build at the end of the day. Because that capability lasts forever.”