It was the beginning of August and I was in Perth when I nearly hit my ceiling with excitement, as I received an email from Blackmagic Design asking if I would consider making them a short video of my choice with the Pocket Cinema Camera 4K (Pocket 4K). With 13 stops of dynamic range, 4K recording, dual native ISO up to 25,600, a 5-inch touch screen, mini XLR inputs, full size HDMI, C-fast cars and external SSD recording for only $1,295 USD (including the full DaVinci Resolve Studio License) – I couldn’t actually believe it! I had three days to film my short video called The Colour of Light, before I had to fly back to South Africa to continue filming for a documentary I’ve been working on. The timeline was tight, but there really is no better way to learn about a camera other than to put it through its paces!

It was late afternoon, two days before filming was to begin, when I received a call to say the Pocket 4K would be delayed at Australian customs. Anxiety set in – with production planned to start on a short film, where we would be using what seemed to be the rarest camera in the world, it was a mad rush to organise flights across the country to their headquarters in Melbourne to pick up a pre-production Pocket 4K quickly and attempt to make it back to Perth in time. Fortunately, I did make it and – with three hours to spare before shooting began – I finally managed to put my head down so I could doze off for a quick two-hour sleep.

For obvious reasons, there was a lot of hype around the Pocket 4K – and with my production process already being deeply embedded within the Blackmagic ecosystem, it was hard to avoid getting caught up in it all. But to really understand what this camera was capable (or not capable) of, I needed to put the hype aside and focus on using it in the real world. Luckily for me, the menu system is identical to my URSA Mini Pro. This made it very familiar when starting the camera up for the first time.

This first day of shooting for my short film was going to be challenging. The set was indoors but only lit with a workers-light from my local hardware store and an LED light. That meant the lighting was very harsh! My plan was to cast the shadow of my subject Steve Brown onto the canvas that he was painting for us. I then set up the small LED light behind him to give a hint of fill from the side. Now for the moment of truth: would the camera blow out and crush the shadows like most other small DSLR-type cameras? Blackmagic have said this camera has 13 stops of DR and a really good highlight roll-off. I set the camera to ISO 400, looked at the histogram and realised I could push it to 800 ISO – exposure was good, but there was quite a bit of noise in such a dark room.

Before I received the camera, I had a quick chat with some of the tech team at Blackmagic, who explained that with the dual native ISO it will be noisy at the top end of the first part of the sensor’s circuitry but any noise should mostly disappear when you hit 1250 ISO. I tested this and sure enough, the image was bright but the noise vanished! To make certain that the image was clean, I used the zoom function on the large touch screen, moved around the image and concluded that there definitely wasn’t any noise at 1250 ISO.

I had made sure that I started filming with a battery that was 100 per cent charged, but was surprised when it died only 30 minutes into filming. I swapped batteries and put another LP-E6 battery in, this time a generic, and it only lasted just shy of 25 minutes. With both of my batteries on charge, I borrowed a third LP-E6 battery from my photographer and was back in business. Luckily, we could take breaks in between filming to charge the batteries, but I quickly realised that to get the most out of this camera, I would need to look at an external battery solution to keep the filming schedule running smoothly.

For the past year and half I have been filming with Blackmagic’s URSA Mini Pro. So, for the second day of filming, it was a dramatic change in filming style moving from a heavy shoulder-mounted camera to one that was so light (the Pocket 4K only weighs 720 grams).

I borrowed a Smallrig shoulder mount from my friend and behind-the-scenes cameraman, John Sullivan, who fortunately had a V-lock battery with a D-Tap cable that could power the Pocket 4K. This, paired with my Edelkrone follow focus and the Panasonic MFT 12-25mm f2/8 lens, was a great run and gun setup – best of all, the entire rig could easily fit in my Lowepro Whistler backpack.

It was early morning and we set off into the Australian bush to film a photographer friend of mine called Shaun Atherstone from Dear Rabbit Photography. The idea was to film him documentary-style while he was capturing images using a smoke machine in the early morning light. Usually, constant ND changes are needed with smaller mirrorless or DSLR cameras, but with the Pocket 4K’s dynamic range and dual native ISO, the sun only caught me off guard a couple of times as the piercing rays hit the billowing pure white smoke. I also found myself straining to see the image on the screen because of the glare; however, I’m hoping to fix this with a small sun hood.

Another often-overlooked aspect of most cameras is their ability to record internal audio. The majority of camera companies seem to have internal audio as an afterthought, but with the Pocket 4K that is certainly not the case. With two internal microphones on either side of the lens mount, the internal audio captured is arguably the best I’ve ever heard from any camera that I’ve owned – it was so good that I ended up using it as the audio for the short film!

Another great little feature is that you can choose to record separate channels from each internal microphone so that you’re able to get an amazing stereo effect. Still, if you prefer to use other microphones, there is the option to choose between the 3.5mm stereo jack or the mini XLR audio input with phantom power.

Filming at night on a gimbal brought on a whole new set of challenges for the Pocket 4K. Our first evening shoot was centred around recording two dancers in Perth’s CBD. When filming in cities with the URSA Mini Pro, I was used to people looking, and especially the police asking for permits – so I was curious to see how the general public would react to the Pocket 4K on a DJI Ronin S. Fortunately, no one batted an eyelid and the whole scene went almost unnoticed!

I had a great time using the pocket 4K on the DJI Ronin S, and from someone that is used to only getting smooth cinema-quality footage from a camera dolly or heavy Steadicam, it was fantastic to get the same results from a piece of equipment that was so portable. However, it did take some time to balance the Pocket 4K, as we had to use a small adjustable base plate to help centre the camera.

The next night, I again used the DJI Ronin S but this time swapped out the Panasonic 12-35mm f/2.8 for the Sigma 18-35mm f/1.8 with the Metabones speed booster 0.71 ultra. I found that the Sigma was easier to use as the focus happened faster and internally, so it wasn’t constantly tipping the gimbal off balance. When filming my friend, Darian Bradara, who agreed to be the actor for the night, I was able to get some shots that completely took my breath away, and once I felt quite confident with the gimbal, I decided that I would track Darian from the car to where he overlooks the Perth skyline at 35mm with f/1.2. This meant my focal plain was incredibly small and my margin for error even smaller, and that is where the large bright screen and green focus assist dots made it easy to keep at the right distance.

How the Pocket 4K Will Fit into My Workflow

The day after I finished filming I was on the plane back to South Africa and I ended up cutting the entire short film on my old 2015 Apple MacBook in DaVinci Resolve. The only reason that was possible was because I had shot the entire project in ProRes and – apart from a few RAW clips that slowed me down – I managed to film, edit and grade the entire project in 6 days.

The small design and incredibly powerful features and capabilities of this camera make it a great choice for filmmakers when stepping into the world of manual cinema cameras. However, it’s certainly not the perfect camera for every situation, and you will need to factor in the money that will need to be invested into a quality kit to get the most out of this little beast. But, for me, this camera has changed what I thought was possible from such a compact design. Yes, I’ll need to carry around quite a few extra batteries, but besides that downside, I’ve really enjoyed using it alongside my URSA Mini Pro and can barely tell the difference when editing the footage side by side. At the end of the day, the Pocket 4K has become an essential part of my filmmaking toolkit and I look forward to using it on film projects in South Africa. 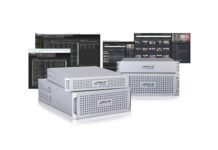 Facilis to debut version 8 of their shared storage system and version 3.5 of FastTracker MAM