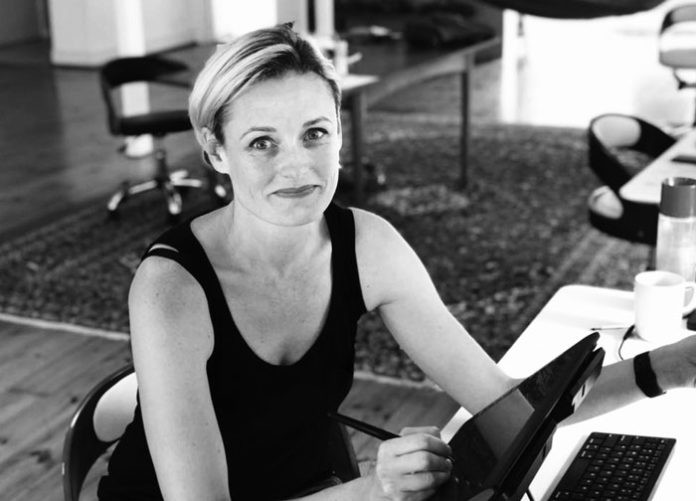 From executive producer to director, Tulips & Chimneys’ Nina Pfeiffer chats to Screen Africa about her journey in animation…

WHAT IS YOUR BACKGROUND AND HOW HAS THIS SHAPED YOU AS A CONTENT CREATOR?

I attended art school in Pretoria studying visual communications, and when I began my career I juggled my time between a theatre company, an animation studio and studying medicine. I eventually realised that this schedule was not sustainable and that ultimately my passion lay in the beautiful visuals of my medical books and understanding how a body works and moves. This made the choice to permanently move to design and animation an easy one.

I guess I should have known from an early age, even as a toddler I was obsessed with animation – I watched every Looney Tunes story 200 times each and wouldn’t miss the 7am animation that showed every day on SABC.

It’s my family away from home. Our work is not known for being mundane and the office reflects that spirit, it’s a fun, relaxed space. We’re quite informal with each other and often working on our own passion projects. Then a project will come in and it’s game faces on. I love every brief we get in, as it’s just another opportunity to sit with these talented artists and explore ideas.

WHERE DO YOU FIND INSPIRATION?

I love traveling. I love watching people, and I love watching animation. It’s always super inspiring to see how people pushed themselves and their team to do something new or different.

YOU RECENTLY DIRECTED YOUR FIRST PROJECT – FRUIT OF THE LOOM’S ‘TALES FROM TEACHER’ SPOT – WHAT HAS YOUR JOURNEY TO THE DIRECTOR’S CHAIR BEEN LIKE?

My official title in the studio is first and foremost as executive producer, but the workflow of the studio means that I’m always very involved creatively on all the projects. I’d been waiting for a project where I could swop roles a bit, so the moment the brief came in I knew this was the one that I wanted to lead creatively.

UNTIL NOW YOU’VE FOCUSED ON COMMERCIALS, ANY PLANS FOR A FEATURE-LENGTH PROJECT IN THE FUTURE?

Definitely, we’ve been developing the concept for a feature film for the last few years, and it looks like it is very close to being optioned. So crossing fingers! We’ll keep you guys posted!

WHAT HAS BEEN YOUR BIGGEST CAREER CHALLENGE TO DATE?

There are obviously lots of challenges in running a business and working on projects, but I would say that the biggest challenge was just starting. I was 22 years old when I realised I wanted to make animated films. All I knew was that I wanted to work for the best animation studio in SA and that I wanted to produce TV commercials. I had no experience and didn’t even know what I had to do as a TV producer, so I called the studio I admired the most and told the owner he needs a producer and that it was me.

I didn’t take no for an answer, and eventually he said yes. The day I started work I was on a shoot for a very well-known brand and a very high-budget TV commercial. I have never been on a shoot before, never met another producer before and now I was one, and had to fulfil that role. It was scary, but exhilarating…and I haven’t looked back since.

There have been so many, but in essence it’s having the opportunity to work on so many different pieces that we’ve crafted and can be proud of. Being able to go to animation festivals like Annecy and meet the world’s best directors, animators and producers like Peter Ramsey and  Richard Williams, and being able to show them our work and seeing their positive response still is the best feeling ever.

It’s definitely not an easy career, it’s hard work, and a lot of the time, unless you’re the director, you get told what to do and it can easily feel like you’ve just become a pixel pusher. Don’t stop believing that you can be the best, and don’t stop making your own pieces. Creating your own IP is the way to keep your passion alive and make a super success. At the end of the day any work can become stressful and confusing, but reminding yourself and working towards a goal is what will keep the momentum going.

WHAT NEXT FOR NINA PFEIFFER AS A DIRECTOR?

For now I’ve got my hands full at the studio but I’m toying with the idea of tackling a short film. It would be great to play on a project that had no brief and was purely a creative expression.