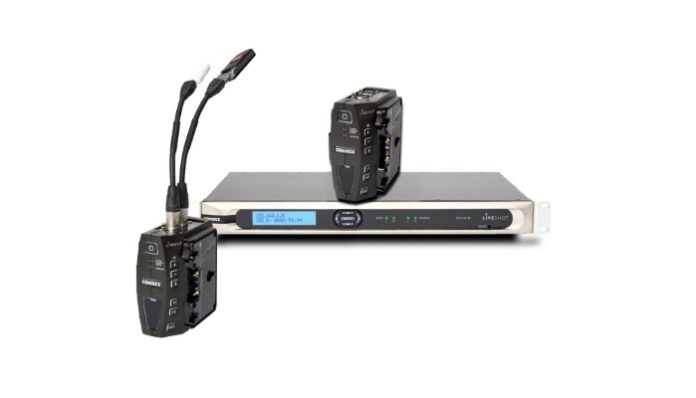 In the past, television and radio broadcasters, production companies and studios had to resort to dedicated satellite or fibre links for their contribution or distribution circuits. It was the only way to reliably delivery their content from anywhere to anywhere.

A very high premium was paid for a guaranteed connection, with Service Level Agreement (SLA) and/or Quality of Service (QoS). Point-to-point contribution satellite links were used, which inadvertently covered an entire country or continent. Satellite bandwidth was expensive and complicated transmission and reception equipment was needed. Then land-lines over copper or fibre circuits started being installed in most major towns and cities. Telecommunications companies such as Telkom, Neotel (now called Liquid Telecom), or any other Commercial (business) Network provider provided circuits, but still at high prices. A long-term lease would have to be signed, with little or no flexibility. The bandwidth charge for these links would be calculated based on distance and required uptime (SLA).

These days there are many more options available, varying in affordability and reliability. Delivery over the public (unmanaged) internet has been a reality. There have been significant advances in technology and affordability in the domestic (retail) internet connections industry. ADSL and Diginet/ISDN lines are almost a thing of the past, and are being replaced with dedicated Internet Protocol (IP) network connections, over copper or fibre lines.

In previous years domestic internet connections were running on ADSL infrastructure, only geared for high downlink speeds. A home user would have a 4Mb/s download but only 512kb/s upload. This would not be sufficient for contribution links out of the home office/studio connection.

Whilst internet access speeds are increasing, and uncapped packages becoming more common, so is their reliability. Uptime is crucial for broadcast links, especially for permanent links. Any errors along the transmission path would result in video loss and a degraded video experience at the receiver.

One method to protect a video stream whilst traversing unmanaged networks, like the internet, is using Forward Error Correction (FEC). Additional information is sent, in the form of Rows and Columns for error correction. This method works well for links where there is no ability to have a return link. In this case (similar to satellite links), FEC works to ‘fill in the blanks’ if there are errors at the receiver. There is no opportunity to re-send the video information again, due to the live nature of video streams. A disadvantage to this method is an increase in total Transport Stream (TS) bitrate, which is total Service, video & audio information bitrate. The higher the FEC used, the higher the bitrate, which might end up being counter-productive over particularly constrained networks. Examples would be wireless networks, 3G/LTE mobile networks, or networks that have a high contention ratio (over-subscribed or congested).

The next category of link systems use encoders that sense the quality of links, and adjust the encoded bitrate, to reliably deliver video over any network. Telemedia’s Comrex LiveShot has been tried and tested over the last six months. It works really well using a combination of WiFi, bonded-cellular and Ethernet links. It also works well using only two high-powered modems, using 2 Data SIM cards.

The Encoder and Decoder form a tunnel through the internet, and communicate between each other to push for the highest possible bitrate. If or when the link starts to degrade, the encoder drops the bitrate to compensate for the worsening internet link, for example drop-outs on the mobile/cellular network.

A disadvantage is that you have to use the Vendor’s internal Encoder and Decoder, which might not be ideal for certain customers. They might want to use their own Encoder or Decoder. The start and finish part of this type of Link is HD-SDI or HDMI interfaces. Another product that is well known is LiveU, which works in a similar way. It uses any available networks: GSM (3G/LTE), WiFi and Ethernet, to send.

Another option for error-free transmission over unknown networks is to use additional packaging (wrapping) and intentional latency, or delay. An example is the popular Zixi Transmission Protocol. Their proprietary technology employs continuous feedback from the receiver, back to the transmitter, allowing for error correction without having to increase the overall TS bitrate. In this case an additional 1 second or more of latency is intentional, to allow for buffering (delaying) the TS, so that it can be re-constructed without any errors.

A disadvantage to the Zixi technology is that it requires their special software on both transmit and receive ends. It is also not a globally common platform, such as the DVB specification. However it works remarkable well and has an affordable pricing structure, based on annual license fees, for the various products available. Another advantage is that their software is easy to install and run on any Windows 7/10 Professional PC. The interfaces are easy to set up and there are built-in monitoring tools that come as standard.

There are many other Vendors that provide similar robust delivery methods. Ultimately the aim for any of the available transmission protocols is to combine the cost of using this technology and using a cheaper, more affordable internet connection.