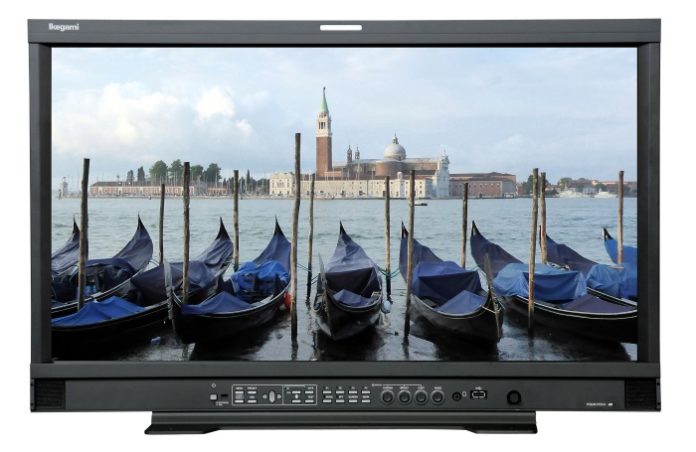 “Of more immediate interest to content producers and television network owners at IBC was the increasing number of HDR-compatible domestic television receivers now available to consumers. HDR offers a very impressive improvement in picture quality compared with traditional TV displays, capturing much higher contrast images while at the same time retaining picture detail at every level from dark shade through to bright highlights. These improvements are particularly impressive during outside-broadcast coverage of real-world events such as open-air sports or indoor stage productions.”

“The transition from standard dynamic range (SDR) to HDR broadcasting will take several years but it was evident that many broadcasters are keen to adopt an HDR standard that will at the same time retain compatibility with the large existing population of SDR television displays. Two of the world’s largest broadcasters, the BBC in Britain and NHK in Japan, have cooperated on the development of the HLG (hybrid log gamma) standard which offers exactly that compatibility and at the same time improves the pictures delivered to SDR sets. HLG is being adopted by a growing number of major manufacturers and is fully supported by Ikegami.”

“We demonstrated two HDR-compatible dockable cameras at IBC 2018: the 1080p HDK-99 and the HDK-73. Both are full high definition 1920 x 1080 pixel resolution models with three CMOS imagers and full digital processing. Each model allows the full dynamic range to be captured within a single exposure setting, eliminating the need to adjust the optical aperture or imaging sensitivity in mid shot. The difference in picture quality is breathtaking when seen on HDR-compatible displays such as our new HQLM-3125X broadcast production monitor.”

We also demonstrated the new HQLM-3125X HDR broadcast master monitor. This incorporates a 4,096×2,160 pixel 10-bit resolution LED-backlit double-LCD panel with a 1,000,000:1 contrast ratio and a panel brightness of 1,000 candela per square metre. Fully compliant with BT.2020 wide colour gamut, the HQLM-3125X incorporates single-channel 12G-SDI x 2, 3G-SDI × 5, 3G/HD-SDI and HDMI inputs as standard features. Square-division and two-sample interleave sources can be connected to the monitor via 3G-SDI × 4.  Viewing angle for critical image evaluation is a wide 178 degrees (horizontal/vertical). In addition to its picture monitoring role, the HQLM-3125X can operate as a waveform monitor and vectorscope. It can also display vertical-interval timecode, eight channel SDI-embedded audio level and closed-caption subtitles.

In the same series, the new Ikegami HQLM-1720WR is a compact UHD HDR monitor equipped with two 12G-SDI input channels as standard for efficient configuration with 4K equipment such as cameras and switchers. 3G-SDI, HD-SDI and HDMI inputs are also provided as standard. The HQLM-1720WR employs a 16.5 inch 3840×2160 pixel UHD LCD panel using LED backlight and can reproduce high resolution 4K and 2K images. Weight is just 9.5 kg.

Supplementing Ikegami’s HDR demonstrations at IBC2018 was a display by Hochschule RheinMain (University of Applied Sciences, Wiesbaden Rüsselsheim) promoting HDR to SDR down conversion. The Enhanced Video Imaging project centres on an automatic process which detects and brights dark sections of video while at the same time retrieving the detail in over-exposed sections. EVI is designed to produce better images easily and economically but optimising lighting balance and exposure as well as correcting hue and saturation.