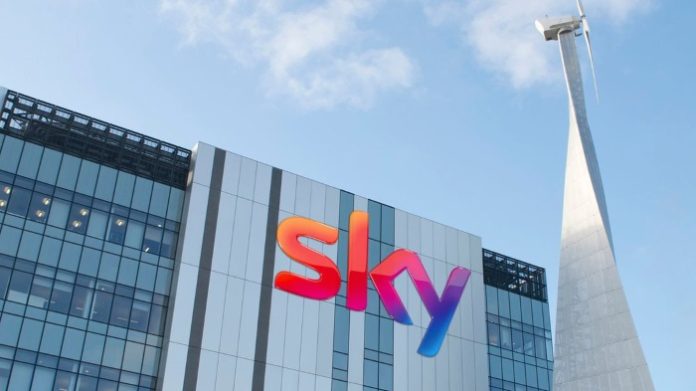 As Sky advised its shareholders on Monday to accept a $40 billion takeover bid from Comcast, Futuresource Consulting explores the opportunities and potential outcomes of the acquisition.

Closing in on a Comcast Global Play

Rival bidder, Twenty-First Century Fox, already owns 39 per cent of Sky. As a result, for the Comcast deal to be successful, it needs 82 per cent of the other Sky shareholders to vote in its favour. Should that happen, Comcast will expand its footprint into Europe, developing its international reach and benefiting from economies of scale.

“Sky is one of the world’s best-in-class Pay-TV operators,” says David Sidebottom, principal analyst, Futuresource Consulting. “Its interests span the entertainment spectrum from content production to distribution, with the goal of providing ever evolving customer experiences.”

Sky’s presence in the UK, Ireland, Germany, Austria and Italy will allow Comcast to tap into more than 23 million retail customers and enjoy some of Europe’s highest Pay-TV ARPUs, averaging £45 in the UK. These ARPUs are possible due to Sky’s continued investment in premium content across sports, movies and entertainment, a strategy that will be strengthened by NBC Universal’s potent content division.

Late last year Sky also launched an OTT service in Spain, and this deal may provide further impetus to expand deeper into Europe, which could mean a raft of further acquisitions.

“What makes this acquisition so special is the innovative approach to technology that the companies share,” says Sidebottom. “They are no strangers to the leading edge, investing in high-end boxes and delivery platforms on a mass-market scale, perhaps more so than many of their competitors.”

The Importance of Sky’s Netflix deal

Whilst the potential deal will strengthen Comcast and Sky’s propositions in an increasingly competitive video subscription environment, there is clearly complementary usage between traditional Pay-TV players and streaming subscription services. “Sky has also recently been given the go ahead to embed Netflix directly into its platform, allowing Sky customers to navigate a host of content, including Netflix originals, directly from the Sky EPG. This keeps viewers contained within the Sky platform, rather than having them leave the Sky domain to access Netflix through a third-party platform, ultimately helping to reduce churn.”

A recent Futuresource consumer research study, Living With Digital, revealed that over 50 per cent of Sky Q subscribers already use Netflix in the UK. Combine this with Sky’s increasing investment in original content, which would benefit from Comcast’s international distribution capabilities, and all the pieces begin to slide into place.

Challenges for the Future

There are challenges on the horizon, with viewing and subscription habits among younger age groups evolving as consumer choice increases. Many millennials are wary of tying themselves into contracts, while other video platforms such as YouTube and eSports provide ample competition for younger eyeballs. Sky and Comcast have to consider how they will address those potential customers moving forward. Sky also continues to explore ways of growing its subscriber base beyond traditional satellite TV, with plans to launch a Sky over IP service to reach more households, without the need for a satellite dish.

“This deal will need to address a saturated Pay-TV market and indifferent attitudes to Pay-TV use in the under 30s,” says Sidebottom. “It’s not that younger generations don’t want to pay, it’s more that psychologically they don’t want to be tied into a contract. Sky’s Now TV service provides an alternative, allowing binge watching and catering for the new freedom-loving breed of consumer.”

Beyond Pay-TV and into the Smart Home

Comcast and Sky have both continued to invest and diversify their operations, ensuring future growth beyond Pay-TV, offering multiplay, embracing broadband and mobile, while pushing forward into new technological territories. Amazon has invested heavily into its smart home strategy in recent years, but Comcast and Sky are well positioned to become the gateway to the smart home, bringing potential new services and increased ARPU.

“As we wait for shareholder approval of the Comcast acquisition, the question remains what Fox will do with its 39 per cent share of Sky,” says Sidebottom. “When Disney completes on its purchase of Fox, it will own 60 per cent of Hulu, with Comcast holding a 30 per cent share. Could there be an opportunity for a deal which delivers Comcast further control of Sky and locks Hulu deeper into the Disney family?”

If the deal were to go ahead, it would further enhance Sky’s reputation in the battle for the living room, and beyond.