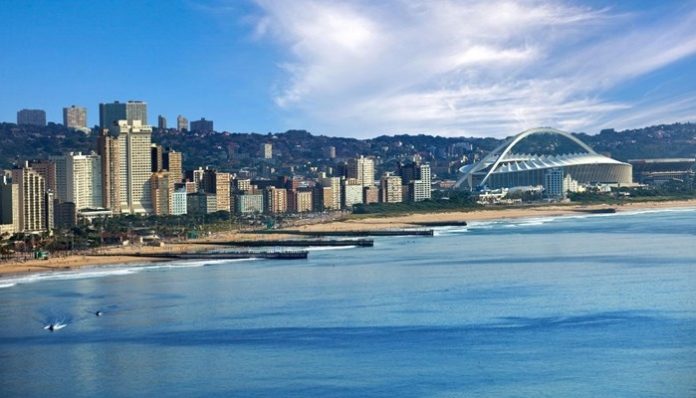 “Durban is a cocktail of cultures,” says Sbusiso Zondi, Durban Tourism’s passionate senior manager of marketing and communication, and with the aim to capture and project just that, the organisation has partnered with the 9th Durban FilmMart (DFM) and the 39th Durban International Film Festival (DIFF) to introduce a new open industry platform, called Isiphethu.

Running parallel to the DFM and taking place over four days, beginning Monday, 23 July, Isiphethu – supported by experts and visiting speakers to DFM 2018 – is DIFF’s open industry programme aimed at introducing entry level, emerging and micro-budget filmmakers, as well as interested members of the public, to the inner-workings of the world of cinema.

Zondi says it was a ‘no-brainer’ for Durban Tourism when it came to partnering with DFM and DIFF, as film – and films coming out of Durban in particular – has proven to be an exceptional tool in increasing tourism in Durban. “As Durban Tourism, we’ve said: ‘Let’s invest in the imaging market, let’s partner with those capturing Durban – its people, its essence and its culture. Let’s talk to young filmmakers and the guy who’s just bought a camera and is passionate about film… and teach them how to capture the essence of Durban and package it for the international market’.”

In addition to the industry programme, Durban Tourism has partnered with National Geographic and the Discovery Channel to launch a film competition aimed at emerging filmmakers. The competition will run from 23 July and the winner will be announced on 24 September. The winner will be awarded a one to two week incubation opportunity at Discovery in the UK where they will be mentored while developing and producing a 60-second commercial aimed at increasing tourism in Durban.

“One of the ultimate goals in supporting this initiative is because we want Durban to be a creative hub for filmmaking,” Zondi adds. “Let’s support emerging filmmakers because as Durban Tourism and the Durban Film Office, it is part of our mandate to aid economic development.”